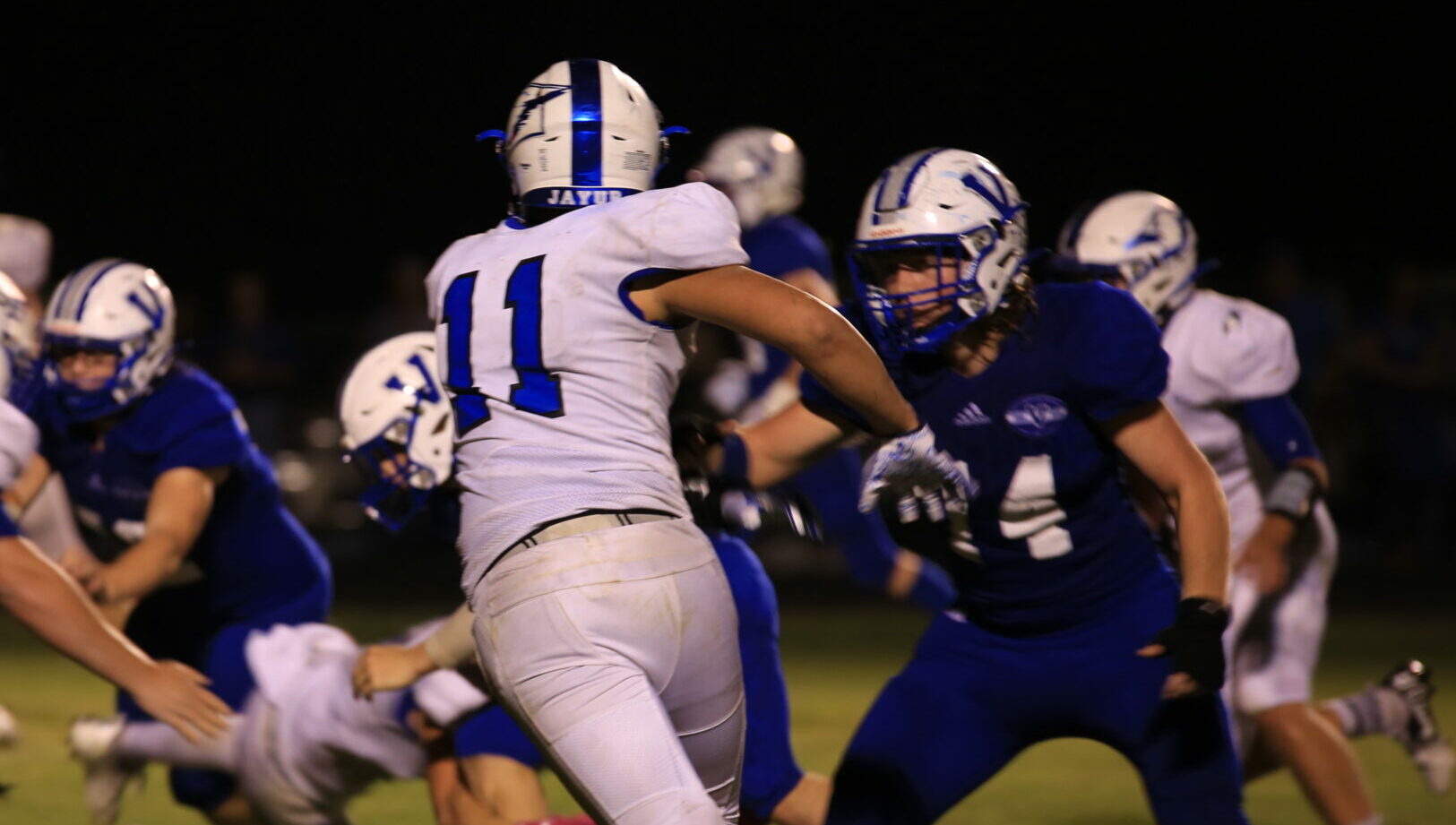 The Jefferson R-7 Blue Jays Varsity Football team falls to 4-2 on the season after losing a humbling game against Valle Catholic, 56-0.

It was not the performance or the result the Jefferson R-7 Blue Jays Varsity Football team was looking for last Friday night, October 1st. The Blue Jays never got their offense going, and their defense just could not seem to handle the attack of the Valle Catholic Warriors. The Warriors won the game 56-0 and moved to 6-0 on the season, as the Blue Jays fell to 4-2.

Valle never gave Jefferson a chance as they rattled off three touchdowns in both the first and second quarters, making it an insurmountable 42-0 after the first half. The Blue Jays couldn’t get things going on offense and some costly turnovers in their own end really hurt them, including one inside their 20 and one on their two yard line. That early hole was too much to overcome.

Jefferson came in to the game knowing it was going to take a massive effort to upend their undefeated opponents, especially as the visiting team. However, the usually explosive offense of the Blue Jays was silenced all game. On the ground, the Blue Jays just could not move the ball. In fact, the team netted only three positive yards on 16 carries. Colton Richardson had the only glimmer of success, rushing the ball five times for 26 yards.

The passing game wasn’t much better. Quarterback Drew Breeze completed only six out of sixteen passes for 67 yards, and one interception. Richardson also tried his hand at quarterback and completed only two of six passes for a mere seven yards. Chase Politte was the primary target, and had two catches for 45 yards, while Richardson also had two receptions for 29 yards.

The defense was seemingly on the field all game. Sam Stokes and Sean Usery each made eight tackles, while Nate Breeze added six and also caught an interception. Richardson also had four tackles.

Commenting on the game, Head Coach Alex Rouggly had this to say about his Blue Jays, “Our kids had a great week of preparation, we just couldn’t put it together for whatever reason on Friday. All we can do is look forward and focus on the ways we can continue to improve. That is what we will do. I was very proud of our kids’ efforts the entire night.  That is something that will never be an issue with this group.”

The Blue Jays will have a week to regroup and prepare for a big district game next Friday, October 8th, against the Grandview Eagles.