The Jackson Indians Varsity Football team continues to roll in defense of their State Title, as they down the Hillsboro Hawks 42-0.

In a battle of two impressive programs, the Jackson Indians Varsity Football team got the better of the Hillsboro Hawks in week two on Friday night.  The offensively and defensively stout Indians move to 2-0 on the season after holding the Hawks scoreless and putting up a 42-spot on the board.

Jackson came out firing in the first quarter with three touchdowns and never looked back.  Quarterback Cameron Marchi hooked up with Isaiah Davis for a 24-yard strike to put the Indians on the board at 8:25. Then four minutes later Marchi found Kannen Turley for a 26-yard bomb and it was quickly 14-0.  With about two minutes left in the quarter Davis pounded one in on the ground from ten yards out, and the Indians suddenly found themselves with a three-score lead. 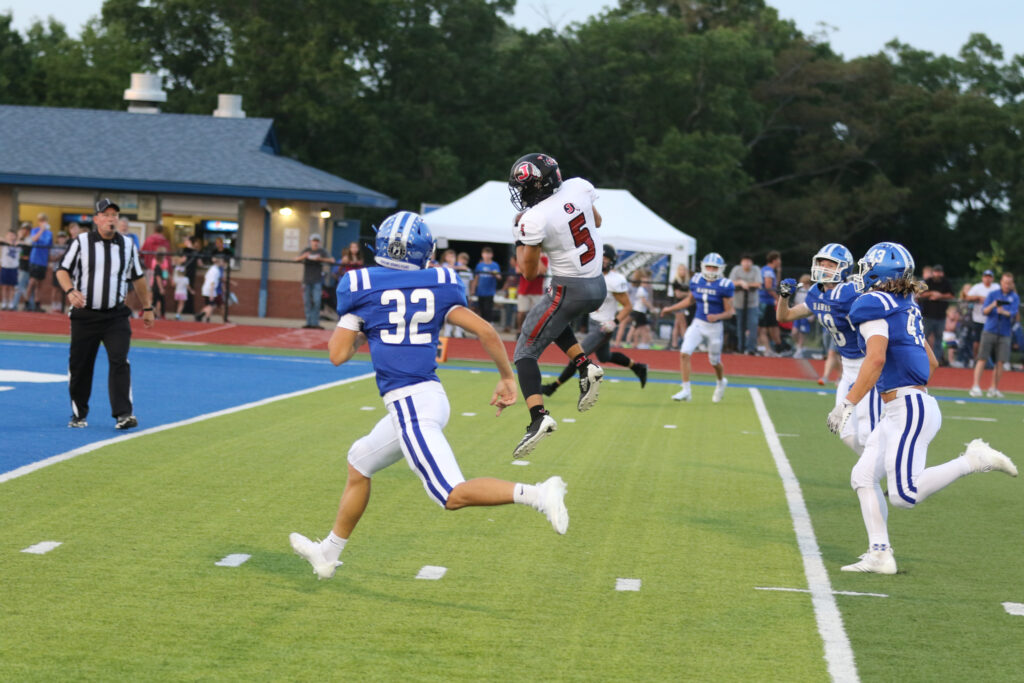 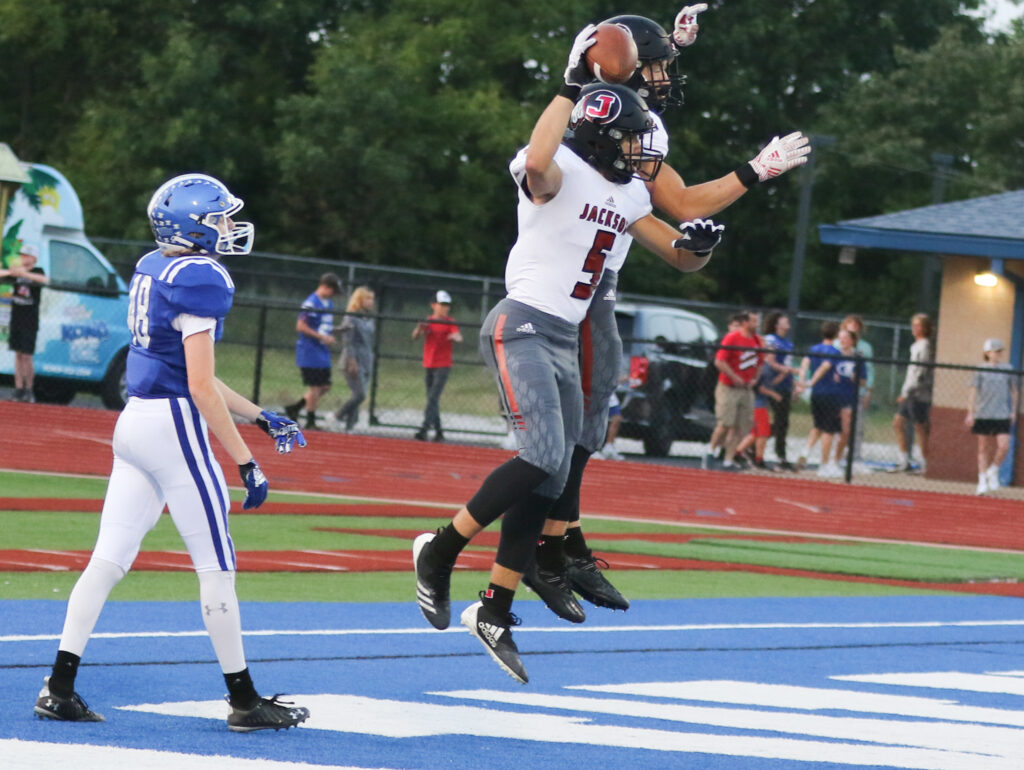 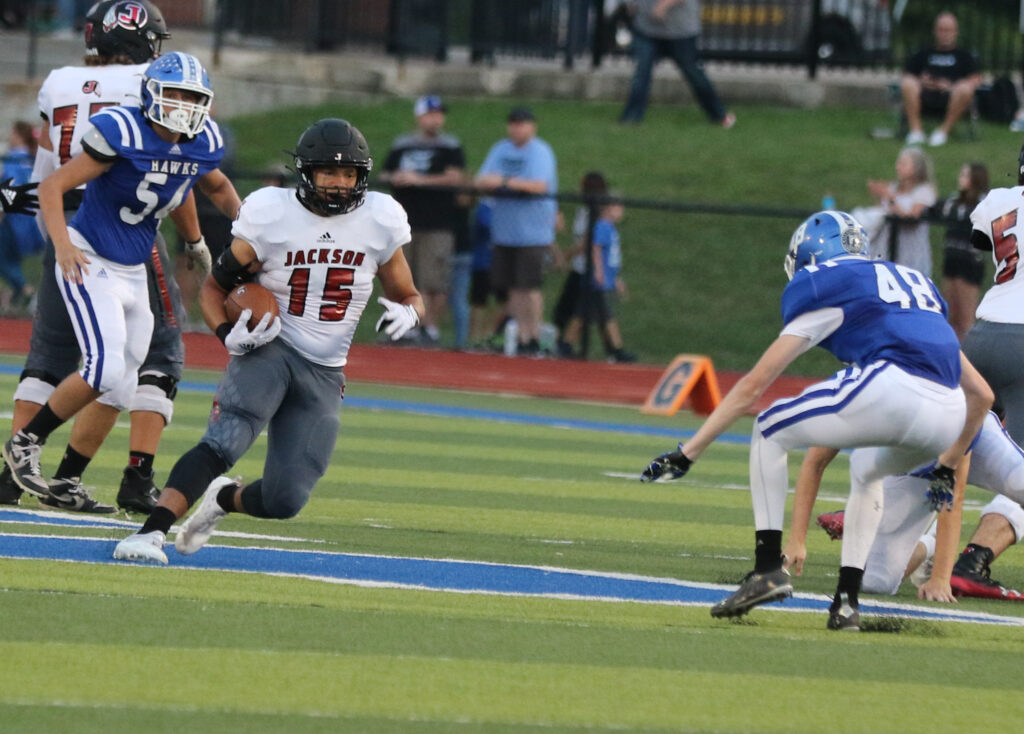 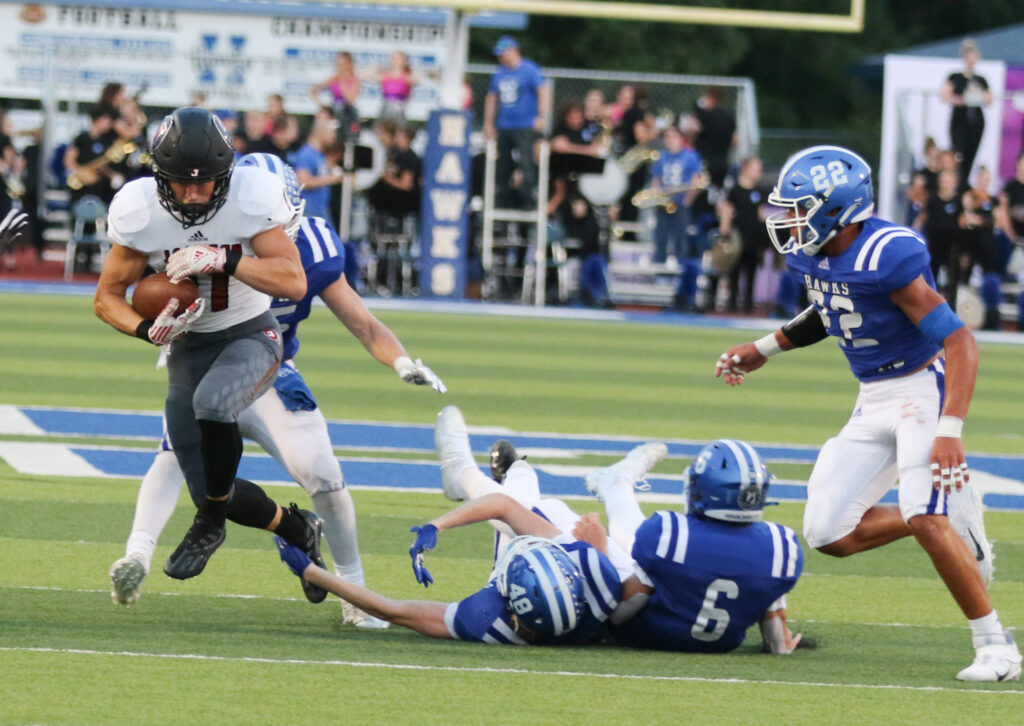 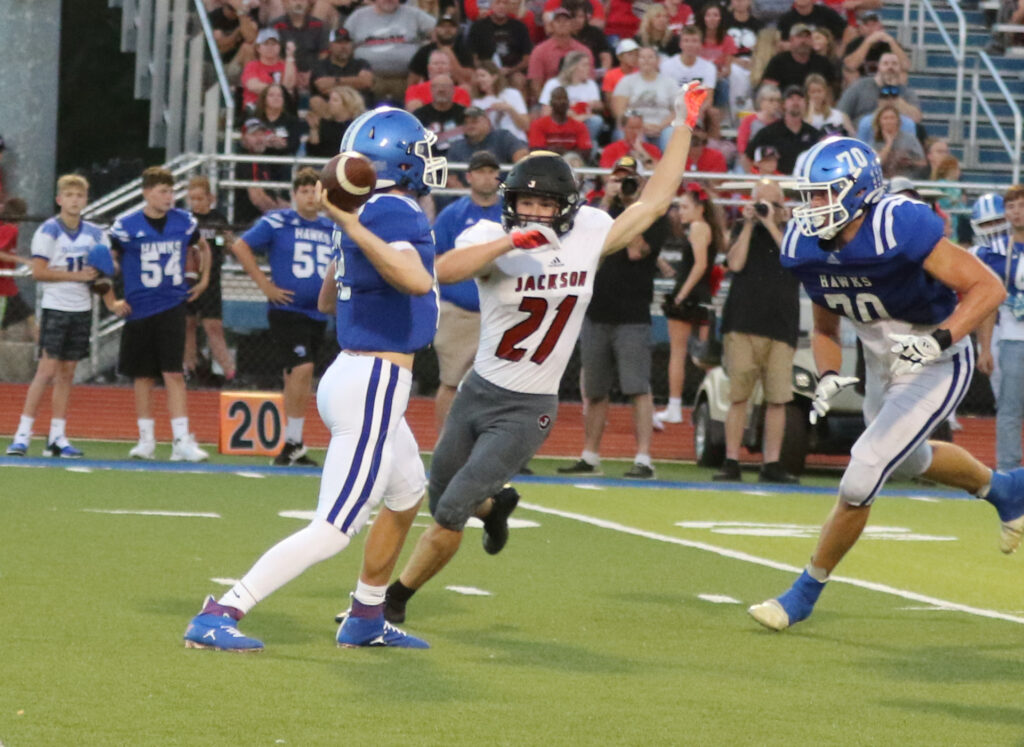 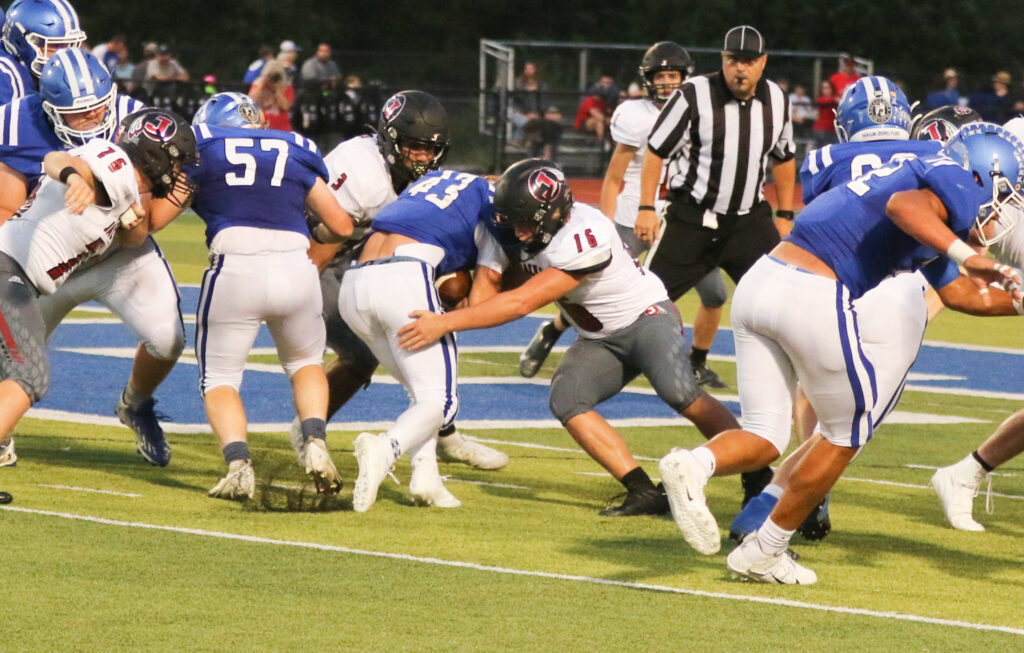 Marchi commented on the game, saying, “We spend all week preparing for our opponent so we have a good idea of what we want to do and where we want to attack, and after looking back at the game I missed a few throws. So I need to fix that and get a little sharper.”

The second quarter was significantly quieter from an offensive perspective, but with eight seconds remaining in the half, Marchi hooked up with Turley once again.  This time for a 28-yard strike that (appropriately) put the Indians up 28-0.  Marchi wasn’t done though.  At 9:15 of the third quarter he found Davis yet again for another 28-yard TD and boosted the score to 35 nil.

Finally, in the fourth, running back Tony Williams got in on the fun and punched one in from two yards out for the final score of the game.  Kicker Logan Bruns connected all six PATs and there is Jackson’s impressive 42-0 shutout.  The Indians outgained the Hawks 371 to 225 in total yards and held Hillsboro to just 38 yards passing for their 16th straight win dating back to the start of last season.

Marchi was one many remarkable performers in this one as he threw for 264 yards on 14-of-18 attempts with four TDs against just one INT.  He also picked up 28 yards on three carries in the ground game.  Williams led the way in that department with ten carries for 49 yards and a score.  The offense flowed through the air in this one though.  Turley caught eight passes for 158 yards and two scores, while Davis had four grabs for 83 yards and three scores (one on the ground).

When asked about the keys to the game and any improvements for next week Davis responded with, “I’d say our offense being able to get out and attack early was something that got us ahead fast, but also our defense being able to shut out a team that’s been used to scoring a lot with their offense. I think we’ll focus a lot on the little things we couldn’t quite get down tonight such as finishing our blocks on offense and wrapping up on defense. Getting those down perfectly will make us an elite team.”

The Indian defense can’t go unsung here though.  As if the shutout wasn’t impressive enough, they held the Hawks to just 225 total yards and only 38 through the air.  The stifling D recovered a forced fumble, snagged an INT and allowed just 3.8 yards per play.  Griffin Horman and Flint Guilliams led the way with five tackles each (two solo, three assists), and the rest of the team was just flat-out smothering as well.

Tony Terry shared his thoughts on the game as well, saying, “I feel that stopping the run game up the middle was critical. Also chasing the ball down from behind because where we were outnumbered by the amount of blockers on the front side. With that it allowed our offense to score within close range. Week 3 will be much different than what we saw this week. They aren’t a zone-based team that will try to run it down the middle repeatedly. They mostly run a spread offense and our offense in practice will give us a good look at that for this coming week.”

The Indians are rolling once again in 2021 and look to extend their winning streak next week as they travel to Poplar Bluff to take on the Mules.  Kickoff is at 7 pm on Friday September 10th.

Check back for the game highlight video coming soon and thanks to Chris Marchi for the photos! 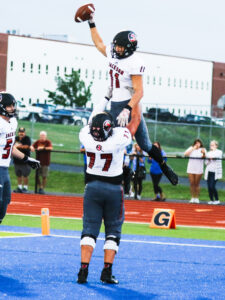