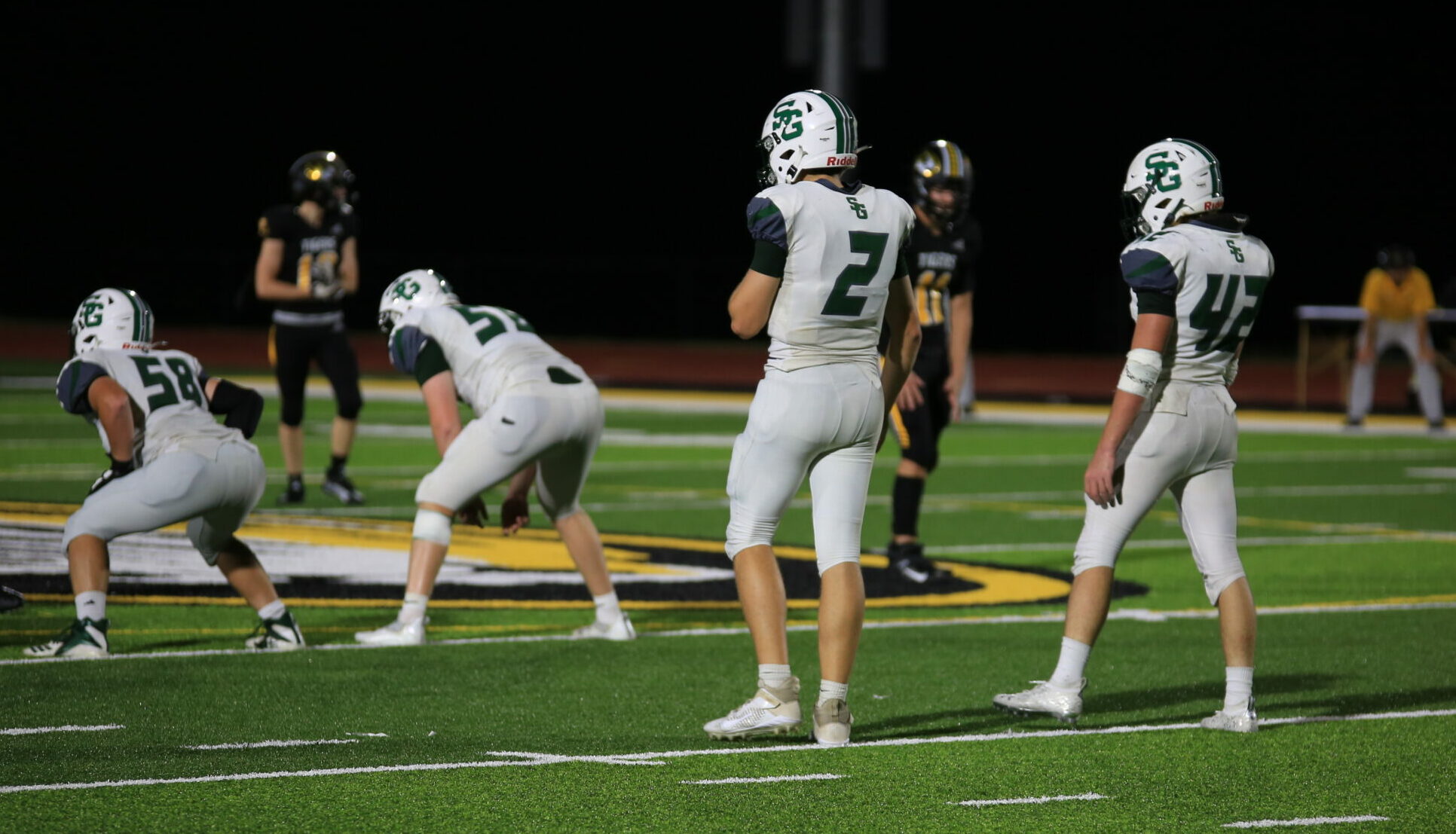 Ste. Genevieve Battles Past Festus in Week One Victory

The Ste. Genevieve Dragons Varsity Football team scrapes out a 36-33 win against the Festus Tigers to open their season 1-0. They take on their cross-town rivals, the Valle Catholic Warriors, next Friday, September 3rd.

Week one of the high school football season has come and gone and the Ste. Genevieve Dragons left the week with a win. They traveled to Festus and beat the Tigers on their own field in a 36-33 thriller on Friday night.

The Dragons were stoked to be back on the gridiron and competing again in this new season.

“It felt great to be back on the field with my team. It’s always fun to be out there with them,” Zach Boyer said. “I felt like we were ready for this game, preparing this whole summer practicing and working hard every day.”

It’s a good thing the Dragons were prepared, because Festus did not go down easy. Zach Boyer led the game off with a 90-yard touchdown run that gave Ste. Gen the initial lead. Festus evened the score at seven a few minutes later. 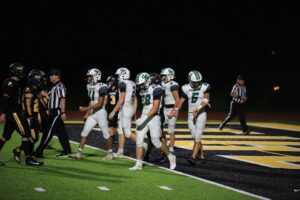 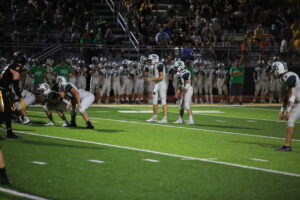 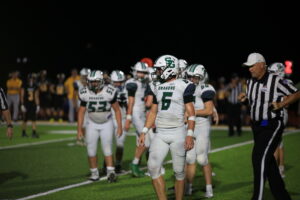 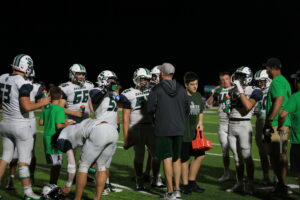 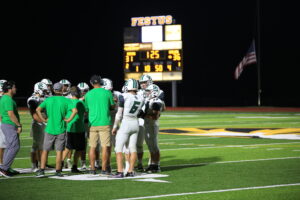 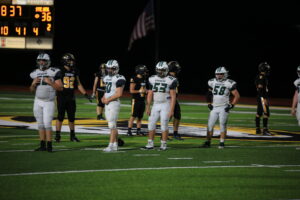 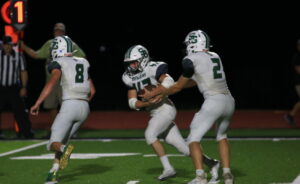 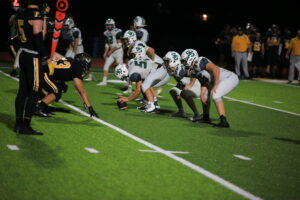 Ste. Gen was able to jump ahead in the second quarter though. Austin McBride ran in a touchdown from ten yards out and Kaden Flye caught a 37-yard pass from Aiden Boyer for another TD. The Tigers scored two touchdowns as well, but failed to convert a two-point attempt as well as a PAT. Ste Gen went into the half ahead 22-19.

Ste. Gen did all they could to take that lead to the final horn. Festus is a very talented team and you can be sure they would go down swinging. They scored 14 unanswered points in the fourth quarter and cut the Dragons’ lead back to three. However, those last three points were too much to overcome. Ste. Gen secured the 36-33 victory and picked up their first win of the year.

“For me, more than anything, it was a feeling of relief,” Head Coach Jay Pope said after the win. “A lot has been sacrificed by the players, parents, and assistant coaches all summer long. I knew that having success in the first game, and proving those sacrifices lead to something enjoyable, was the most important aspect of rebuilding this program to its traditional success.”

“Zach is a tremendous athlete and will undoubtedly play a key role in the offense for a third straight year,” Pope said. “With that said, as teams focus on him, it allows us to get the ball to the other outstanding players that surround him in the offensive skill group.

McBride carried the ball 13 times for 49 yards and one touchdown.

“We felt like we could put points on the board, the question was, could we keep their talented offense from scoring,” Aiden Boyer said. “We had a great game plan going in and the defense executed that plan really well. A huge stop right before half gave us a ton of momentum.”

The unsung heroes of Ste. Gen’s first win were the linemen on both sides of the ball.

“Since June 1st we have placed a strong emphasis on investing in those guys’ growth during every rep of practice and last night I feel those investments paid dividends,” Pope said. “The offense was able to grind down the clock and protect the lead because we were able to control the line of scrimmage. Many of those linemen are some of the biggest catalysts for the program changes we are trying to make here.”

This was Pope’s debut as the Head Coach for the Dragons. He was thrilled to get the monkey off his back and pick up his first win as head of the program.

“More than anything it was just a relief knowing that the vision for this program is achievable,” he said. “The win itself had everything to do with the players’ conscious decision to pursue a path of being uncommon to do with who their head coach was.”

The entire Dragons’ program is motivated to climb to the top. That is where they believe they belong. Look out for this team to make some noise as the year moves on.

“Expectations are always going to be pretty high,” Aiden Boyer said. “The whole team has decided that we’re done just being an average team and we want to give it everything we got every week and get people talking about Ste. Gen football again.”

Next week, they welcome their cross-town rivals, the Valle Catholic Warriors, into their home and will do their best to move to 2-0. The battle against the Warriors will take place Friday, September 3rd.

In case you missed it here’s the Week 1 Pregame Interview with Jay Pope.

Ste. Genevieve Battles Past Festus in Week One Victory