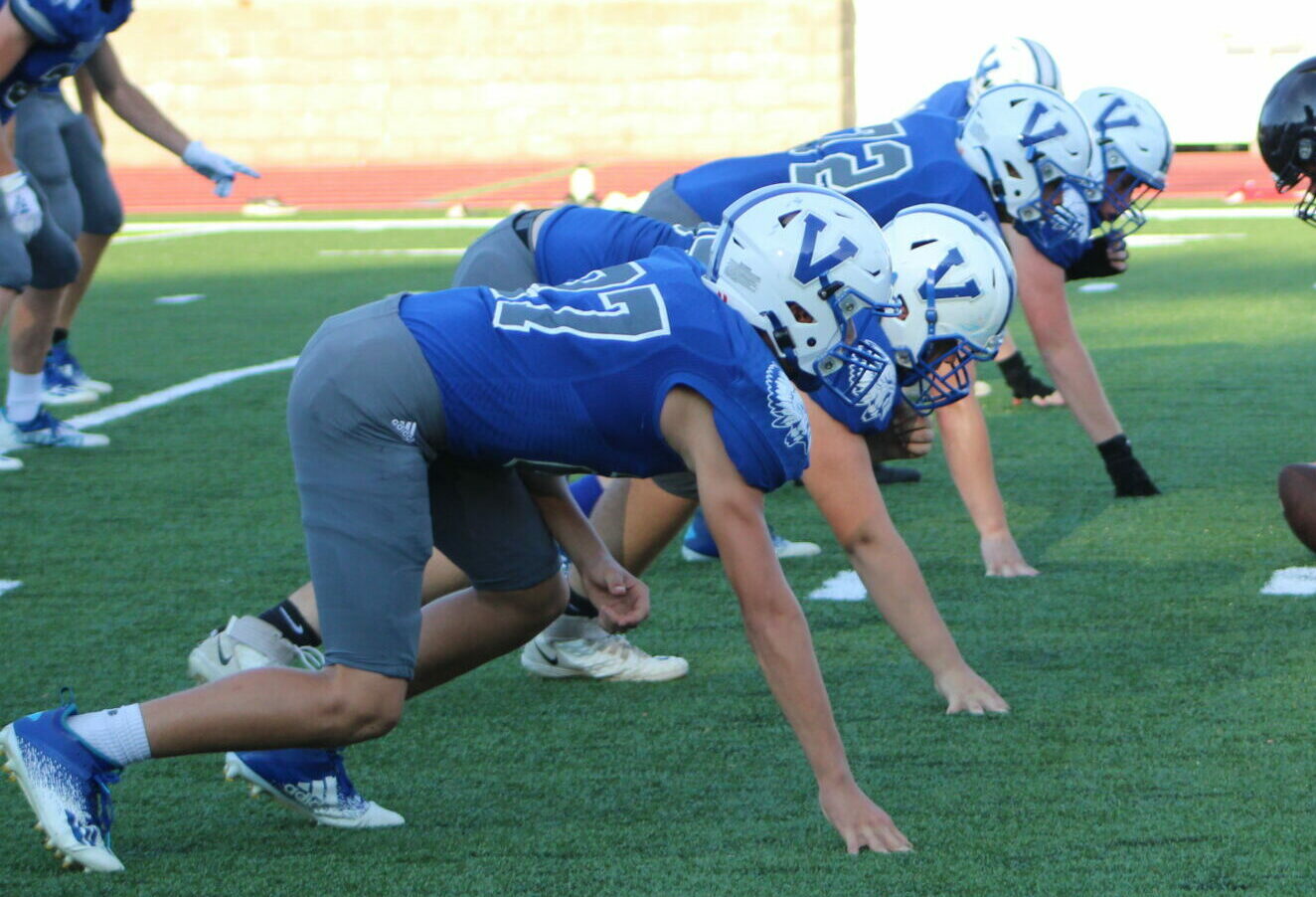 The Valle Catholic Warriors had another stellar season in 2020, finishing with a 9-1 overall record.  It was their first season after their move to Class 3, and despite a more challenging schedule, they still got the job done.  Their perfect regular season was a delight to the team and their faithful fans, but things ended abruptly after a tough playoff loss to a stacked St. Mary’s team. 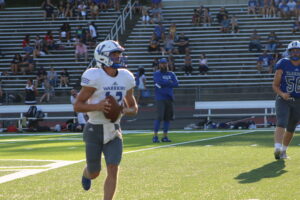 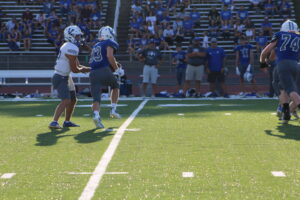 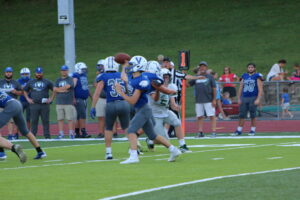 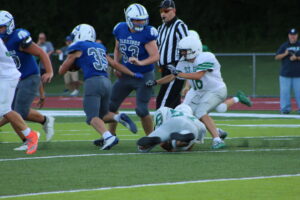 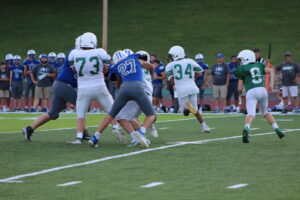 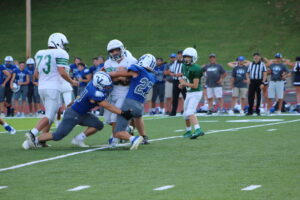 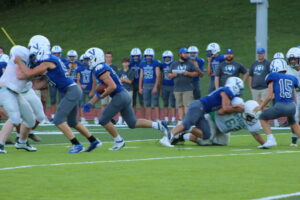 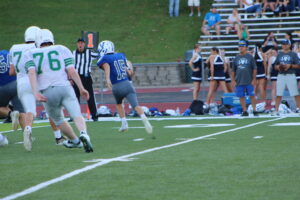 Still, the Warriors were a powerhouse on offense and particularly stingy on defense.  They scored at least 42 points in all but one win and topped the 60-point barrier four times.  Overall, they outscored their opponents 505 to 146.  They pitched a pair of shutouts and only allowed more than 13 points three times all season.

Despite last year’s success, turnover is a very real part of the game at this level and Valle is no exception.  The Warriors lost several talented players to graduation and will have to make adjustments in 2021.  Ameritime Sports caught up with Head Coach Judd Naeger and he was kind enough to break down the landscape of this year’s team.

We asked Coach Naeger about losing several solid players last year to graduation, but how he seems to always have several waiting in the wings to step up and fill those shoes. We pried about what players have stepped up the most in the offseason and look primed to make an impact this season.

He replied with, “We are excited to get Senior Isaac Roth back from injury after missing his entire Junior season.  We have a large group of incoming Sophomores that have worked extremely hard, and we hope to develop some depth and find a couple starters in this group.  Sophomore, Defensive Linemen Isaac Viox and Jacob Elbert lead this group, along with Sophomore skill guys Grant Fallert and Rylan Fallert.  A number of other guys who played one-way last year will certainly make an impact on the other side of the ball.  Junior Lineman Jackson Fowler also looks to make a big impact becoming a full-time starter.”

As previously mentioned, the Warriors went 9-1 last season with the only loss coming against St. Mary’s in the playoffs. We asked Coach Naeger how the impact from that loss effected the way he prepared going into this season.

Coach responded with, “The biggest impact was in our scheduling.  We really tried to work very hard to give us a schedule that can better, and let us know where we stand come districts and playoff time.”

Coach Naeger champions all of his student athletes, but we prodded and asked about this year’s key players, what their importance is to the team and how he envisions them having an impact this season?

“We have had tremendous leadership from our returning starters.  Aiden Heberlie, Sam Drury, Chase Fallert, Luke McClure and Bryce Geisler and the entire offensive line have really driven our work in practice.  We have had some very, very good practice thanks to these guys’ leadership.  Coach Roth does an amazing job with the offensive line and he has helped to set the entire culture of our program with what he expects, and gets, from the offensive and defensive lines,” Naeger responded.

We asked the Coach what he feels are the overall strengths of this year’s team and what aspects will be a work in progress?

Just to cover all our bases, we asked Coach Naeger to contribute anything additional he’d like to say about his 2021 Warriors squad.

He dropped this on us, “We have been flying under most people’s radar this off-season and our players and coaching staff thrive on this.  We have had some very, very good practices throughout camp and our leadership in practice has been fantastic.  We have a group of young men returning that have made a decision to leave everything on the practice field. “

Sounds like the Warriors are assuming a bit of an underdog role this preseason, and historically that is incredibly good for locker room morale.  If this club truly is flying under the radar, their competition is likely in store for a shocking revelation.  The always-formidable Valle Catholic Warriors seem primed and dedicated once again to make another strong run in 2021.  Continued success certainly would not come as a surprise to their talented coaching staff or loyal fan base.