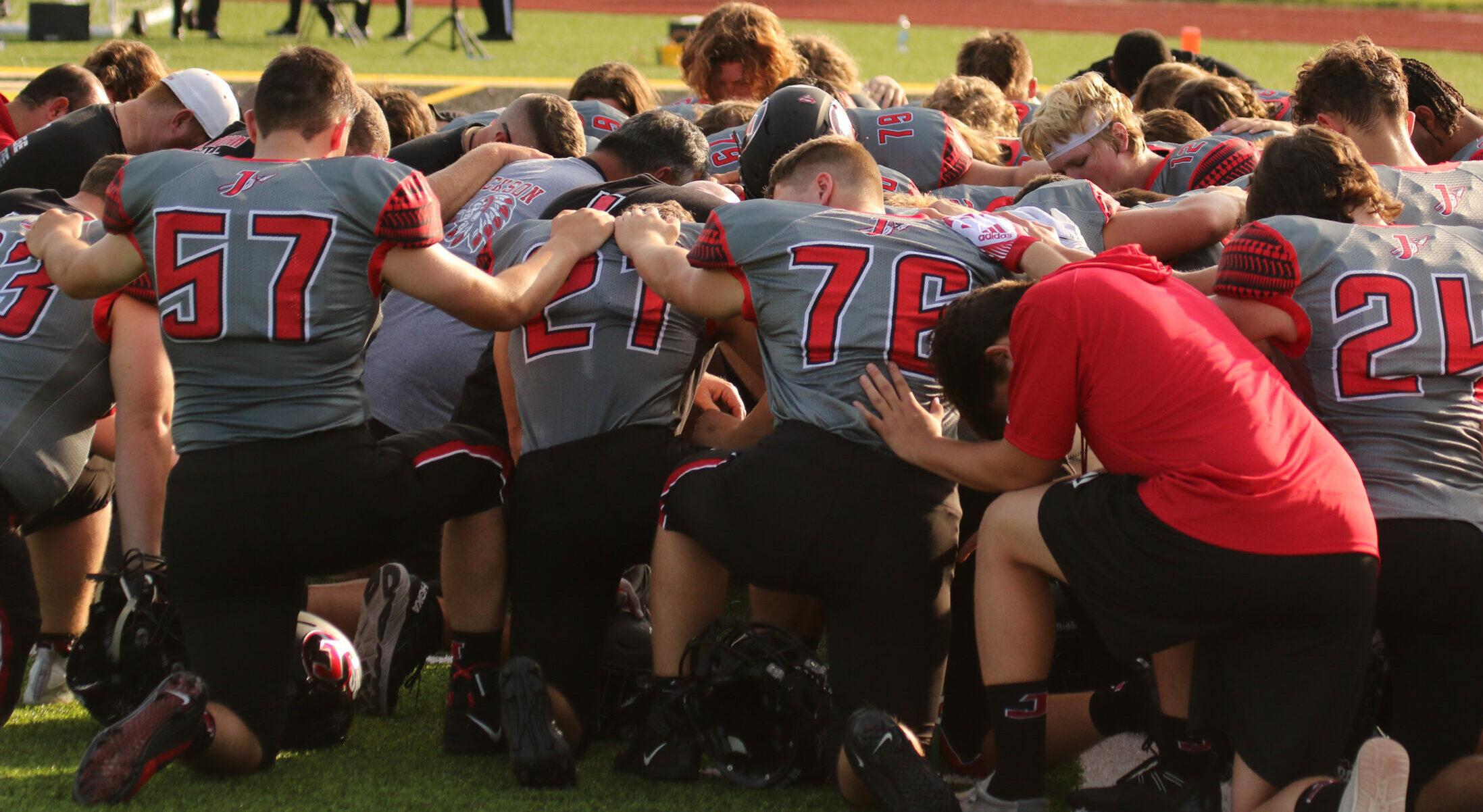 In 2020 the Jackson Indians dominated in Championship fashion.  Led by an explosive offense, a stifling defense and masterful strategy by Head Coach Brent Eckley, the Indians won their first ever State Title after a perfect 14-0 season.

The Indians never scored less than 42 points in a game, topped 60 points three times and suffocated offenses to the tune of three shutouts.  They put up an insane 779 points throughout the course of their title winning season and held opposing offenses to a paltry 165.  There will be turnover though, as Jackson graduated several impacts players.  Ameritime Sports caught up with Coach Eckley and prodded him about what lies in store for these 2021 Indians as they try to defend their title.

Jackson lost several key players last season, specifically the Class 5 Offensive and Defensive Players of the Year and current Mizzou Player Connor Tollison. It seems the Indians always have another guy ready to step up and fill a void, but how will this impact the team this year?

Coach Eckley responded with, “Last year’s seniors were a special group.  We had several outstanding players and people as well, fall into the same class.  It will not be possible to replace them in many ways.  I do feel we have a special group returning, in that they have played a lot of football at a high level. In their 3 years in High School, the varsity record is 38-2 (only loses coming to State Champions). I feel like our process of year-round athletic development and character education is an important key in helping kids mature and be ready.”

We asked Coach if there’s any way he could get the jump on the inevitable, and plan in advance to fill the voids of the Seniors?

Eckley bluntly but appropriately quipped, “It is exactly that. If we can help the kids become better athletes and better people, then they’ll be better Jackson football players.”

Despite the turnover the Indians are returning plenty of impact talent this year; like All-State players Ashton Flinn, Kannen Turley, and Logan Bruns. What makes these player special and what type of impact do you envision them have this season?

Coach Eckley hit us with, “The returning All-State players have had great off seasons.  They have worked hard, been leaders and are prepared. We expect them to have their best seasons, and we pray they are able to be healthy for their final season of high school.”

Cameron Marchi has had big shoes to fill since Cael Welker graduated. How has he progressed this offseason and what type of impact do you feel he will make?

We asked Coach Eckley who are a few of the up-and-comers that he is expecting big things out of this season, and what intangibles do they have to make an impact… whether they’re starters or role players?

It didn’t take him long to rattle off this list. “Jason Goodman at running back, Noah Gibson at center, TJ Altenthal at receiver and corner, Chase Fisher at receiver, Matt Clippard at receiver, Ried Landers at defensive line, Jacob Farrow at linebacker, Griffin Horman at linebacker, Fisher Stevens at linebacker and Gavin Guilliams at defensive back.  What they have in common is they have had great off seasons, they have been committed to our program and they are excited at the opportunity to contribute to our team.”

That is true passion from a coach who respects and believes in each and every one of his players.  Teams like Jackson thrive because of the motivation, support and confidence instilled in a well-oiled system like the one Eckley has created.  It certainly served them well last year, and anyone would be a fool to think it won’t carry over into 2021.

The Indians are primed to defend their title and it should be a sight to behold every Friday night.  You can follow all of the extensive coverage here at Ameritime Sports.