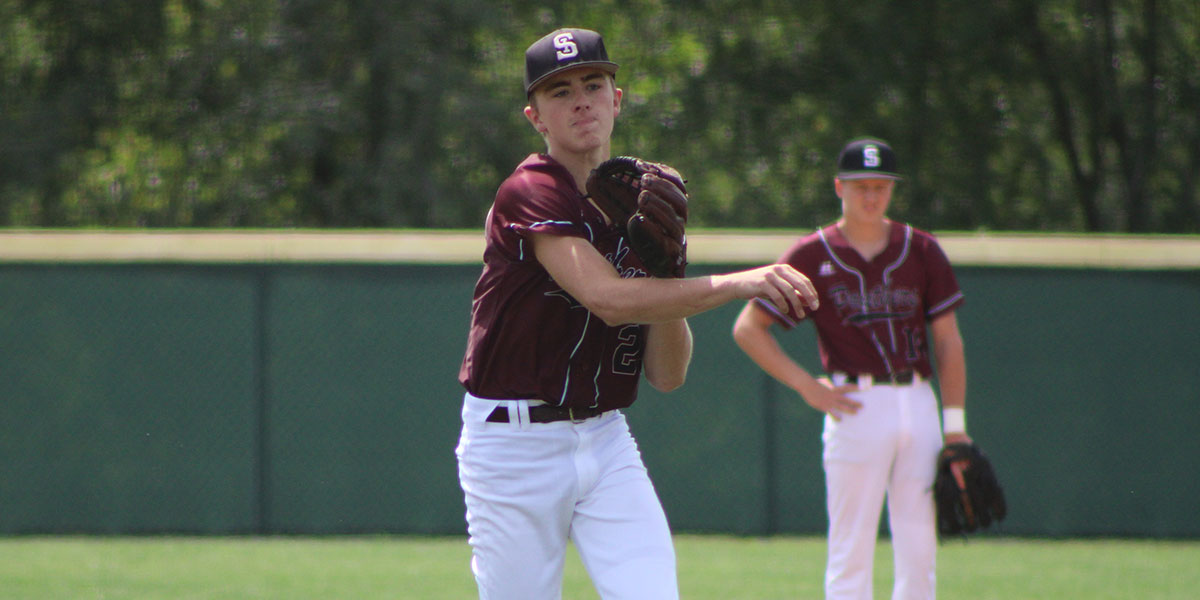 The South Iron Panthers roll past the Valley Vikings 10-0 behind four hits from Brock Wakefield and a complete game on the mound from Harley Lewis. The Panthers regular season finale takes place Tuesday, May 11th against St. Pius.

The South Iron Panthers Varsity Baseball team blew out the Valley Vikings 10-0 on Monday. The Panthers had previously lost their last five games against the Vikings dating back to 2011.

The Panthers had a ten-day layoff between their last two games. They were ready to get back in action and launched their attack early on. They scored the first run of the game in the first inning off of a fielder’s choice. They added two more runs in the bottom of the second. Brock Wakefield hit an RBI double that brought Hunter Kelley in to score. Two batters later, Cody Hughes added onto the lead with a two RBI single. Just like that the Panthers were ahead 4-0.

Lucas Lunyou got in on the action in the bottom of the fourth. He hit an RBI double that scored Brodie Miller. Miller picked up an RBI on a single in the fifth inning that put his team ahead 6-0.

The Panthers capped off the blowout in the bottom of the sixth. Kelley hit a single into left field that brought two runs home. Shortly after, Wakefield hit a double that brought both Kelley and Brandon Young in to score. The Panthers’ pitching and defense kept the Vikings silent all day. South Iron won 10-0 and improved to 14-4.

Drenin Dinkins missed this game due to an injury. He was pumped about his team’s performance without him, sayin, “Our guys came out firing on all cylinders and hit the ball extremely well. Our pitching did really well too.”

Wakefield dominated in the batter’s box. He was 4-5 with three RBIs and scored three runs. Kelley and Hughes each had two hits and two RBIs. Kelley scored two runs and Hughes drew two walks. Miller also had a pair of RBI and the Panthers outhit the Vikings 14-2.

Harley Lewis started the game for the Panthers and made his presence known. He pitched all six innings, allowed only two hits and struck out seven batters.

The end of the regular season is near for the Panthers. They have one game left before the start of the District Tournament and take on St. Pius on Tuesday, May 11th in their regular season finale.