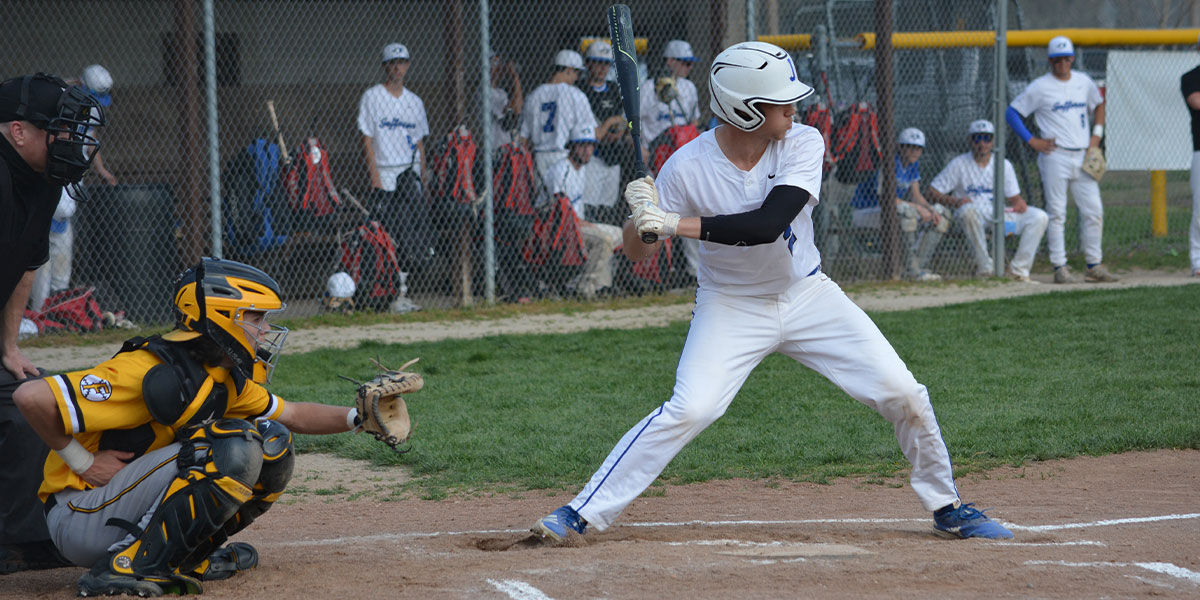 Jefferson Sneaks Past Chaffee for Eighth Win in a Row

The Jefferson R7 Blue Jays win their eighth game in a row on Tuesday against the Chaffee Red Devils 4-0. Jefferson’s final regular season game is Wednesday, May 12th against the Hillsboro Hawks.

The Jefferson R7 Blue Jays Varsity Baseball Team snuck past the Chaffee Red Devils 4-0 on Tuesday. The Blue Jays have beaten the Red Devils in their last three matchups.

This game started slow for both sides. It was a pitchers’ duel until the top of the fourth inning came around. Colby Ott found his way to first base off of a single and Will Schnitzler followed that up with a walk. Ott eventually came around to score the Blue Jays’ first run. Colton Richardson hit a single that brought Will Schnitzler across the plate as well. They left the fourth ahead 2-0.

Jefferson added to its lead in the top of the seventh. Jack Hueter smacked a double into left field that brought Richardson in to score. Three batters later, Dawson Jakoubek laid down a sacrifice bunt that scored Hueter. Jefferson led 4-0. Their arms and defense kept the Red Devils quiet all game. The Blue Jays won and bumped their record to 13-7.

“Our team has been playing very good defense,” Hueter said. “Some games our offense hasn’t been as present in the beginning of the game, but we are able to stay in it until we push over a few runs.”

Daylen Whitener started the game on the mound. He pitched six innings, allowed four hits and struck out five batters. Ott slammed the door in the final inning. He struck out the side on 14 pitches.

“We haven’t given up many runs at all,” Ott said. “It’s hard for teams to beat you when they don’t score.”

This win makes it eight in a row for Jefferson. They have caught fire at the right time as the district tournament continues to creep closer. They have one final game on Wednesday, May 12th against the Hillsboro Hawks before the start of the postseason.

Jefferson Sneaks Past Chaffee for Eighth Win in a Row