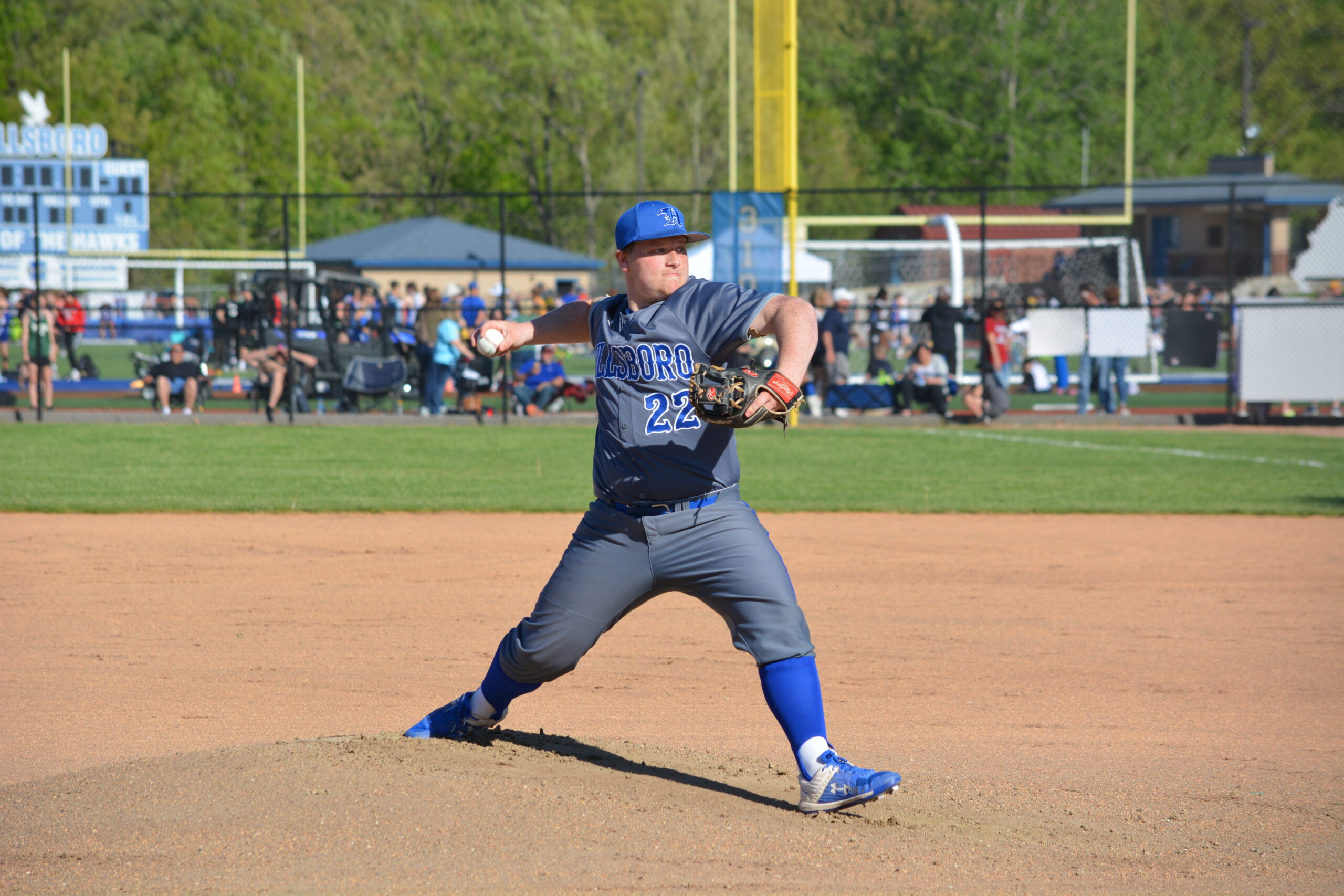 Hillsboro Baseball Shut Out At Central In Pitchers Duel

The Hillsboro Hawks Varsity Baseball team pitched at a high level, but failed to muster any offense and fell to Central 3-0. They have one regular season challenge left as they host the R-7 Blue Jays.

Lack of run support grounded the Hillsboro Hawks Varsity Baseball team on Tuesday May 11th as they fell to Park Hills Central 3-0. However, it was a well-pitched game from both sides.

Hillsboro Baseball’s bats were silent all game on Tuesday, but the pitching was solid. Micah Cook was given the ball to start the game and went four innings, only giving up one run on one hit and striking out two. Junior Arnold came in out of the bullpen for two innings of relief.

“We need to make some adjustments at the plate,” said second baseman Andrew Chaves. “(We need to) get more runners in scoring position. We played well, but we just couldn’t come up with any runs.”

The Hawks had runners on base throughout the game, but the pitching from the Rebels was just dominant. Despite this, Hillsboro did start off the game getting a runner in scoring position. Gabe King drew a seven-pitch walk and a was moved to second on a single from Austin Romaine, but there was nothing to be made of it. Romaine’s performance was a bright spot in the game. He went two for three and had a stolen base in the fourth inning.

Hillsboro held Central scoreless until the fourth when back-to-back errors in the field allowed one run to score. Cook was not rattled though, and got the three outs in quick succession, fanning two batters in the process.

A hit by pitch and a wild pitch, followed by a single, allowed another run to score in the fifth, and a two-out single scored the third and final run of the ballgame later that inning.

Hillsboro was in the game the whole time though. The one hit Cook gave up was the only extra-base hit of the game and he was able to get out of the jam unscathed with relative ease.

Head Coach Kevin Lucas noted his team’s pitching, saying, “We will obviously need to hit better & cut down on the strikeouts. Our pitching was good, but we made too many errors behind them that cost us. ”

The Hawks take on Jefferson R-7 at GCS Ballpark on Wednesday May 12th where they will be the home team in the final game of the regular season. Ameritime Sports will be livestreaming the game at amertimesports.net.

Hillsboro Baseball Shut Out At Central In Pitchers Duel