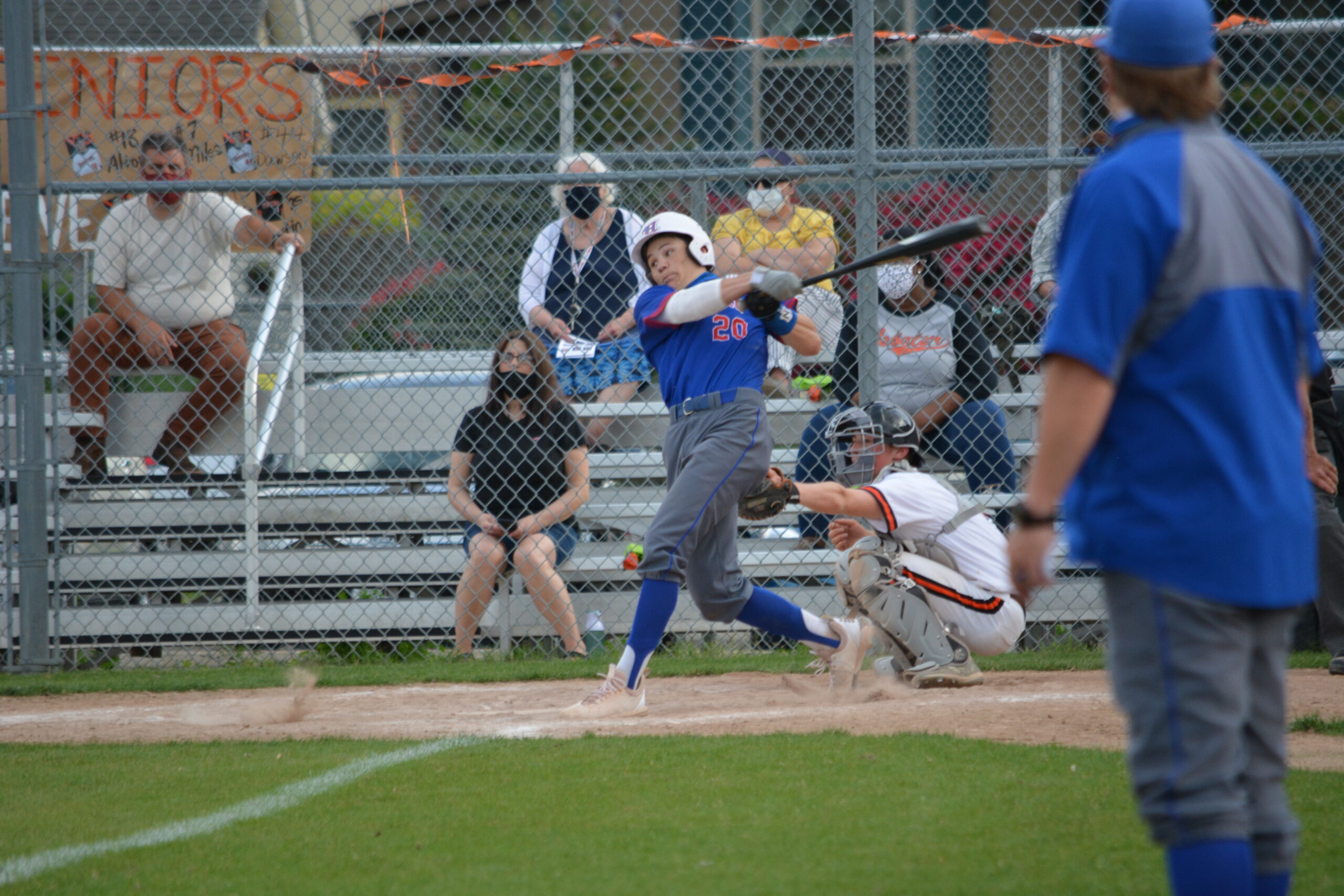 The Hillsboro Hawks Varsity Baseball team drops both games of the series against Windsor on Thursday and Friday May 6th & 7th in a tough matchup.

The Hillsboro Hawks Varsity Baseball squad hung right with the Windsor Owls both games of the series, but fell 2-0 in a pitchers’ duel in the first game and 6-3 in the second.

The Hawks were on the receiving end of a no-hitter in the first game of the set, with the only Owls’ runs coming in the 3rd and 4th innings off of a double, followed by a sac fly and a solo home run. Hillsboro sent Eli Epley to the mound, who had an impressive performance despite the loss. Epley pitched a complete game, only allowing two runs on five hits, walking one and striking out seven. The Hawks were nearly perfect in the field, only giving up one error that did not come back to hurt them.

“We obviously need to make adjustments at the plate,” said Head Coach Kevin Lucas. “Their pitcher did a great job of working with what the umpire was giving him and we just didn’t adjust to it. Eli Epley pitched a great game, and most of the time you should come out on the winning side with a performance like that.”

The second game was a much different story, with the Hawks only having one bad inning that did the damage.

Windsor tied the game in the top of the fourth with a leadoff solo homerun hit off of King who pitched five innings on the afternoon, giving up six runs on seven hits with two walks and three strikeouts. King settled in and got three straight ground outs after the homer.

The Owls had their big inning in the sixth. A leadoff single followed by a wild pitch and an error ended up with a runner on first and third. Back-to-back singles scored those two runs, and a three run homer cleared the bases. To their credit Hillsboro was not rattled. They settled down and got out of the inning without allowing another run. The Owls were held scoreless the rest of the game. Hillsboro brought in Andrew Chaves to close out the game in a two inning relief appearance. Chaves allowed one hit, no runs, one walk and struck out two in his two innings pitched.

The Hawks began to mount a comeback in the bottom of the sixth, capitalizing on a leadoff walk drawn by King. Austin Romaine reached on an error to put two runners on, and Noah Shuman roped a double down the left field line which scored King. Chaves was hit by a pitch and Valencia legged out a single to score Romaine. Hillsboro ended the inning down 6-3, but did not recover.

They did get two runners on in the bottom of the seventh, showing some serious grit with two outs, but could not bring any runners home.

“We played very well and were very good in the field and [on the mound],” said Chaves. “In the first game our bats kind of struggled, but we made adjustments, and in the second game we hit the ball very well. [It] wasn’t the outcome we were hoping for, but the games were played hard and our pitching staff is looking good going into the playoffs”

“We were in it 1-1 just over half the game,” said Valencia. “It was a good game of baseball, but they just simply out-scored us.”

Hillsboro travels to Park Hills Central to face the Rebels on Tuesday, May 11th before playing Jefferson R-7 at GCS Ballpark in Sauget, Illinois on Wednesday, May 12th where they will be the home team.

Ameritime Sports will be livestreaming the game at GCS Ballpark at 4:30pm on Wednesday, May 12th.