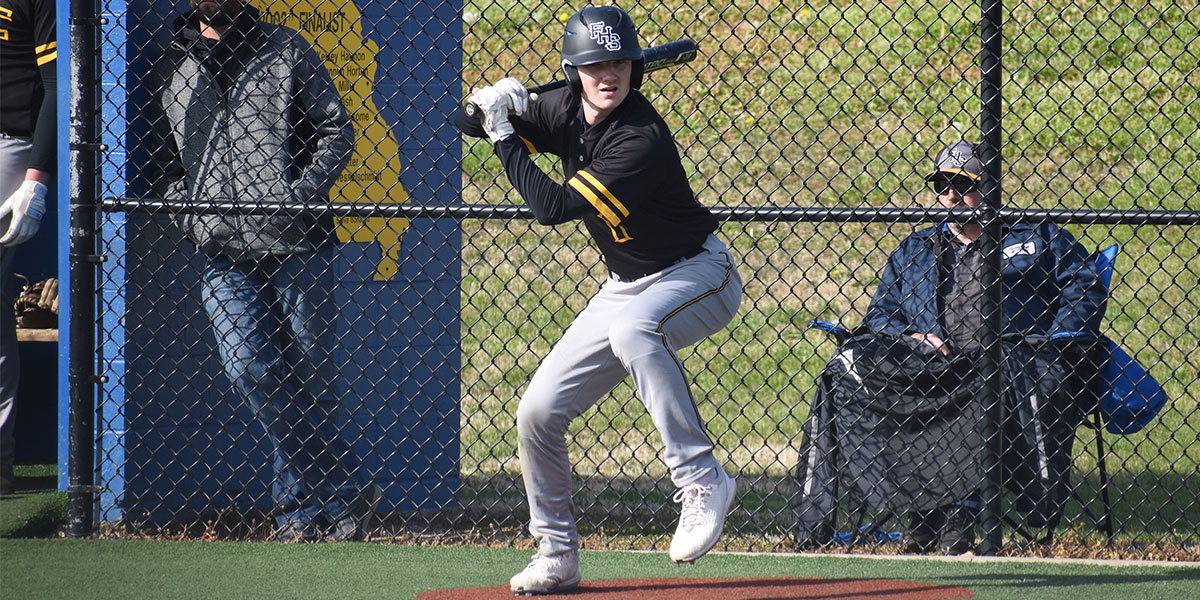 The Festus Tigers Varsity Baseball team falls to the Parkway West Longhorns 11-5 on Thursday. The Tigers are now 9-10 and have the Farmington Wood Bat Tournament ahead on Friday, April 30th.

The Festus Tigers Varsity Baseball Team lost to the Parkway West Longhorns 11-5 on Tuesday. The Tigers are 0-2 in their last two matchups with the Longhorns.

Festus was riding high coming into this game. They recently ran over their rival, the Hillsboro Hawks, in two consecutive games, but as they say, the worm has turned.

Festus was able to grab the initial lead. Collin Reando grounded out to second base and Cole Wagner was able to score on the play, but Parkway answered immediately. They rallied for four runs in the bottom of the first and took a 4-1 lead.

The Longhorns scored one run in both the third and fourth innings before the Tigers were able to score again. In the top of the fifth, Ethan Carroll scored on an error by the Parkway West first basemen and cut the lead to 6-2.

Festus did allow another run in the fifth, but they followed it up with two runs of their own in the top of the sixth. Parkway led 8-4.

The Longhorns rallied with two outs in the bottom of the sixth, scored three runs and extended their lead to 11-4. Reando picked up another RBI in the top of the seventh, but it was too little too late. The Tigers lost 11-5 and sunk their record under .500 to 9-10.

Wyatt Huskey was the only Tiger to record a hit. He was 2-3 and scored a run. Reando had two RBIs to led the team and Cameron Ford had an RBI as well. Wagner drew a walk and scored a run. In total, Parkway outhit Festus 14-2.

“We had multiple opportunities to stop them from scoring, we just missed them,” Reando said. “We need to iron out a few things, but we will be ready to go by this weekend.”

Jackson Gross was the Tigers’ starting pitcher for the game. He tossed 65 pitches through three innings, allowed five runs on six hits and struck out five batters. None of Gross’ runs were earned. Trent Ellis was the first out of the bullpen. He pitched two innings, allowed three runs and struck out one batter. Aidan Irelan also pitched an inning. He gave up three runs on five hits.

Festus still has an ample amount of time to pull their record above .500 before the regular season is over. Their next challenge is the Farmington Wood Bat tournament which begins on Friday, April 30th.