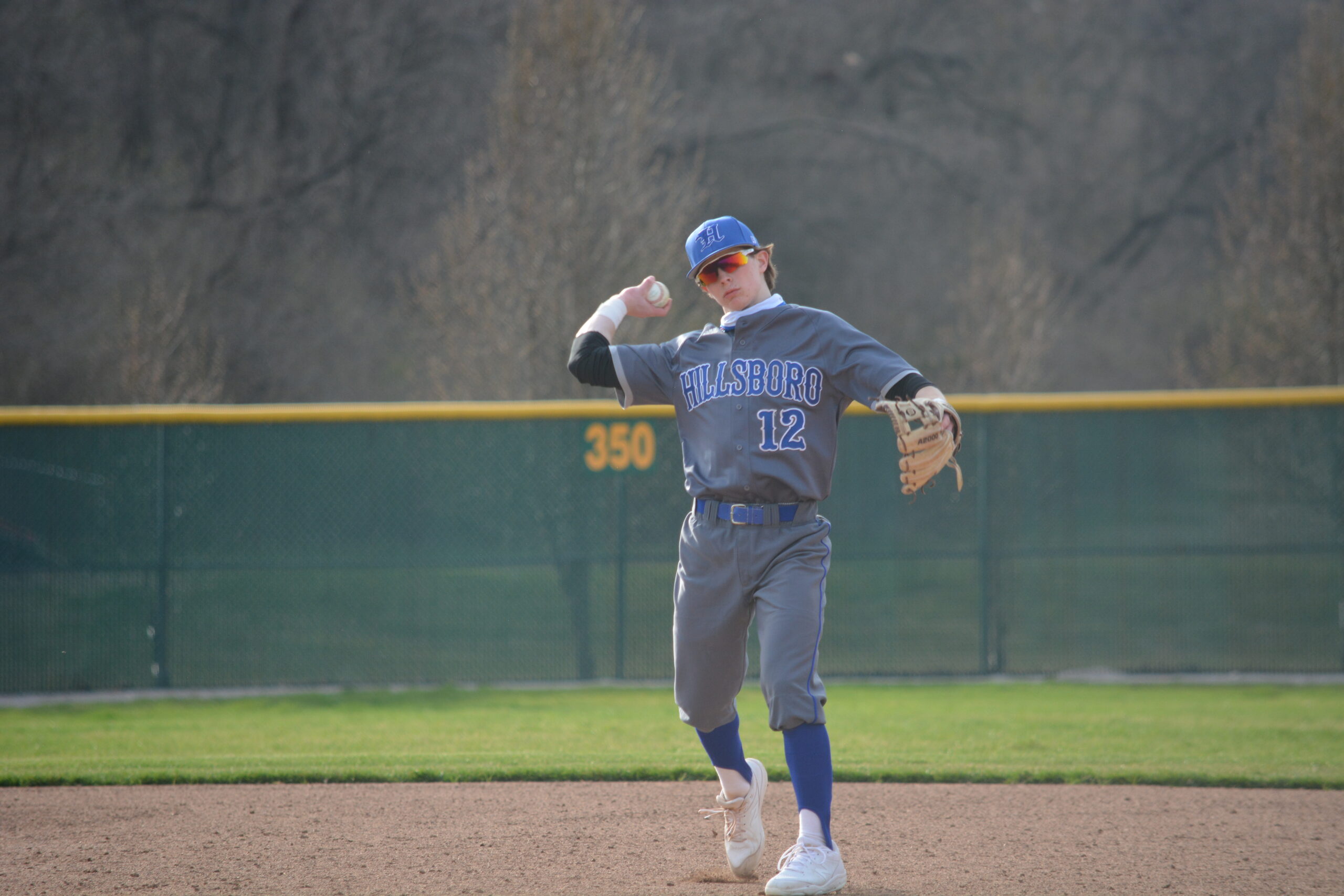 The Hillsboro Hawks Baseball team drop a heart-breaker 5-3 to the Gateway Legacy Lions. A late rally causes a disappointing end to an otherwise solid all-around game.

The Hillsboro Hawks Baseball team hung with Gateway Legacy Christian Academy the whole game, but fell behind at the last minute and could not recover, resulting in a 5-3 loss on Monday April 12th.

The Hawks fought hard in the loss, but it just wasn’t in the cards. The game was tied at three for the first five innings, but a sixth-inning surge from the Lions allowed them to pull ahead.

Gateway Legacy got started right out of the gate, with two consecutive singles, followed by two consecutive sacrifice flys to score both runners. The Hawks struck right back in their half of the inning starting with a Gabe King single followed by a Noah Shuman double to left field. Connor Jenkins stroked a pitch to deep left field, but was held to a single and an RBI. Austin Romaine then scored Shuman on a fielder’s choice to tie the game at 2-2.

The Lions scored one more run in the top of the second by way of a leadoff walk, followed by a stolen base and two singles. That score stayed the same until the bottom of the third. Jenkins laced a double to center field and was scored by Romaine who hit a single up the middle to tie it back up at 3-3. The fourth and fifth innings were held quiet for both teams thanks to a 6-4-3 double play turned by Shuman, Bailey Heidbreder, and Jenkins.

Unfortunately for Hillsboro the Gateway half of the sixth inning began with a single, an error and two straight walks to load the bases up. A single and a sacrifice fly scored the two runs it took to beat the Hawks. Hillsboro had a runner on the in bottom of the seventh but were unable to bring him in.

“I feel like we played a great game.” Said Shuman when asked for his thoughts on the contest. “It was a good team over there, and they got their hits when it counted. This is a great game to build off of and I like what our team is showing. We are never out of games and I like that we just need that one thing to get us over the hump”.

It is hard to disagree with Shuman. Only two of their losses this year have been blowouts and the past four games have showed a Hawks team that refuses to back down from a challenge.

“I thought we did a lot of good things against two of the hardest throwing pitchers we’ve seen this year.” Said Head Coach Kevin Lucas. “Defensively we made some pretty good plays behind a very good pitching performance from Junior Arnold.”

Hillsboro travels to Parkway West to face the Longhorns on Tuesday April 13th and then plays in the Potosi tournament this coming weekend, April 16th & 17th.