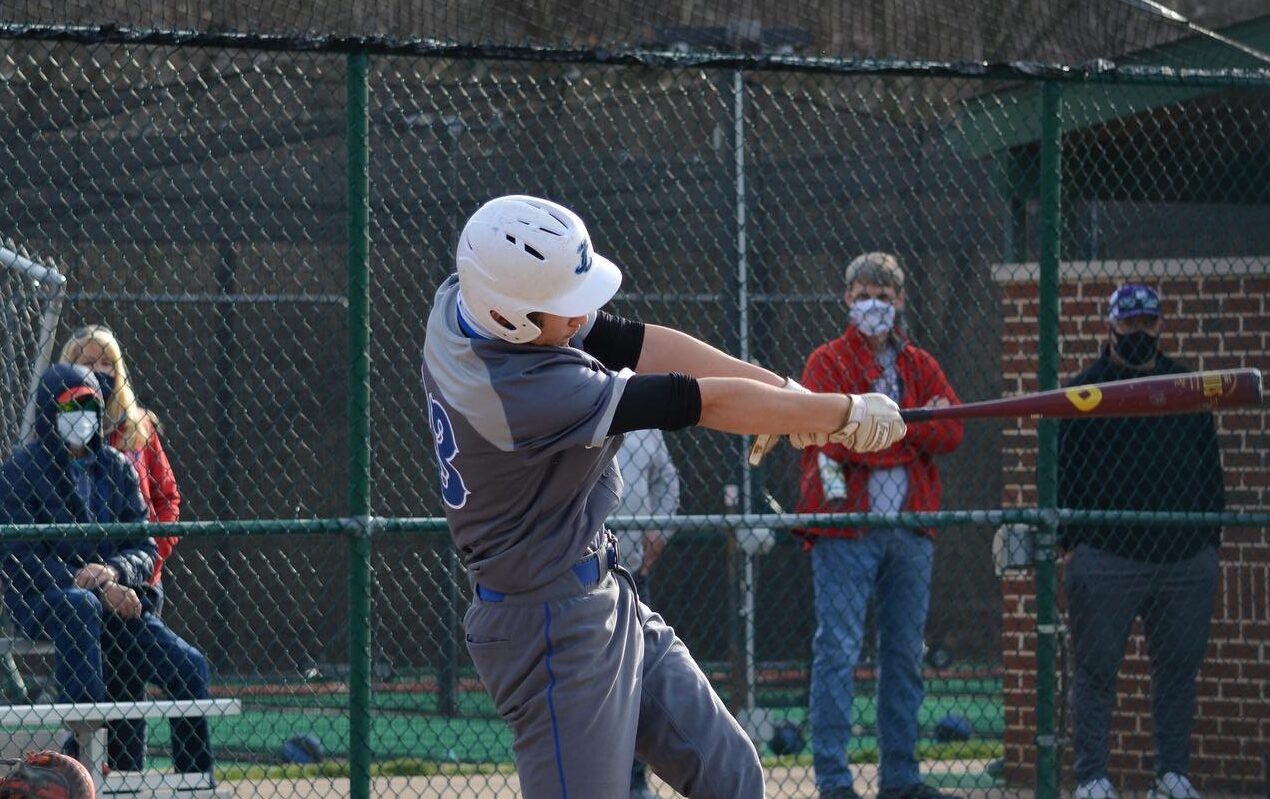 The Hillsboro Hawks Varsity Baseball team take on Parkway West Tuesday April 13th, but despite a late-inning comeback attempt, fall to the Longhorns 6-3.

The Hillsboro Hawks Varsity Baseball club traveled to Parkway West to face the Longhorns on Tuesday April 13th, and despite putting up three runs in the fifth inning, they fell 6-3. Micah Cook took the mound for the Hawks and although he surrendered six runs on eight hits, only two were earned. Cook struck out three and did not give up a single walk in his 91-pitch complete game. “Cook did a great job of throwing strikes and going right at their hitters,” Said Head Coach Kevin Lucas. “The one bad inning really hurt us but we never rolled over. We continued to get guys on base but just couldn’t execute well enough to score the runs when we had chances. We stranded way too many baserunners especially late in the game.”

Connor Jenkins who went 3-4 with a double, a single and a fielder’s choice commented on his team’s performance. “I knew it was gonna be a tough one when I saw Parkway West on the schedule, but we believed in the talent we have on this team. In my opinion we saw some really good arms yesterday. [We] struggled to have good two strike approaches and hunting pitches in certain counts, which in the end only allowed us to put up three runs.”

Parkway West got the scoring started in the second inning with a single and an error before Cook struck out the next two batters. The next batter up was hit by a pitch to load the bases and a passed ball scored the first run. The next pitch was laced into deep right field for a triple to score the other two baserunners, but the Hawks kept their composure and they ended the inning there, behind 3-0.

The third inning began with a walk from Cruz Valencia, but he was retired on a fielders choice hit by Zach Whaley. Gabe King was hit by a pitch and Noah Shuman was given a free pass with a walk to load the bases up, however the Longhorns were able to turn a double play to end the inning. Parkway West went quietly in the home half of the inning.

An Austin Romaine single followed by a passed ball started off the fourth, but he was left stranded on second following three straight strikeouts. The Longhorn half of the inning began with back-to-back singles and back-to-back stolen bases to put a man on second and third base. One run scored on a ground out and the next scored on a single to left center, but the Hawks were able to stop the bleeding there, down 5-0.

The top of the fifth started off with another walk from Valencia, followed by a single to left field from Whaley. King drew another walk to load the bases up for Jenkins, who tattooed a double to the wall in left center to score two runs. Romaine hit a ground ball up the first base line to score the final Hawk run of the afternoon to bring the score to 5-3. A two out rally in the bottom half of the frame began with a hit by pitch followed by a single and an error to score one more run for the Longhorns which brought the final score to 6-3.

Hillsboro loaded the bases up in both the top of the sixth and the seventh, but were unable to score any of the baserunners.

“I feel as if we are right on the verge of breaking through as we are playing really close games,” Jenkins said. “We are just missing a certain piece to really win those big games.”

The Hawks are scheduled to play in a tournament in Potosi this weekend, April 16th-18th before traveling to Parkway North on Monday April 19th.