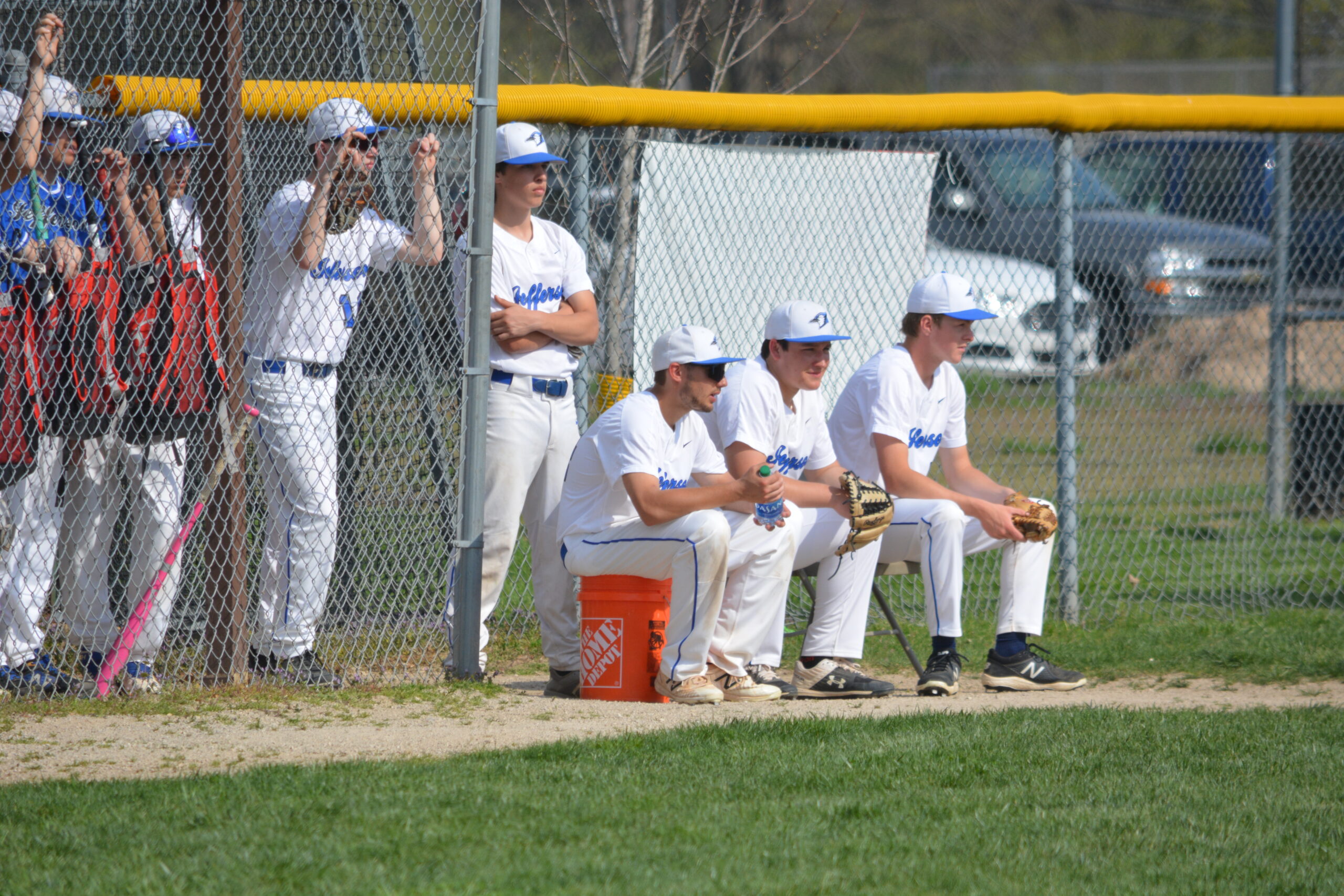 Jefferson Rebounds From Hickman Loss with Win Over Festus

The Jefferson R7 Blue Jays lose a close one to the Hickman Kewpies but bounce back with a big win over the Festus Tigers. Jefferson takes on Kingston on Wednesday, April 7th.

The Jefferson R7 Blue Jays Varsity Baseball team lost to the Hickman Kewpies, but bounced back with a win over the Festus Tigers on Tuesday.

It was a battle of defense and pitching in the Blue Jays’ game against Hickman. The first run of the game was not scored until the top of the third when Hickman broke the drought. They added another run in the top of the fifth inning that put them ahead 2-0.

Jefferson was held scoreless until the bottom of the sixth inning. Colby Ott reached base on a fielder’s choice. He then stole both second and third base before scoring on a passed ball. However, that was the only run the Blue Jays managed to score. Hickman sealed up the 2-1 win.

Nolan Roth, Ethan Boyer and Jack Hueter all had one hit. Dawson Jakoubek reached base on a walk. Ott scored the team’s only run. Both sides only recorded three hits.

Dylan Schnitzler started the game for Jefferson. He threw 64 pitches in four innings. He let up one run on three hits and struck out three batters. Daylen Whitener pitched three innings in relief. He allowed only one run and struck out one batter.

Despite the loss, the Blue Jays were encouraged with their effort against a Class Six team.

“We played outstanding defense holding a Class Six school to only two runs the whole game,” Luke Labruyere said. “Our leadership has never been better and everyone on the team was so supportive. That game shows the potential this ball club has and I feel we can only go up from here.”

Motivated to succeed, the Blue Jays carried that attitude into their game against Festus.

It didn’t take long for Jefferson to bring their bats to life. Jokoubek hit a single in the top of the first that brought Roth around to score. The very next at-bat, Will Schnitzler singled in Jakoubek. The Blue Jays left the first ahead 2-0.

Festus scored a run in their half of the first but Jefferson responded with a rally in the second. Roth hit a two-RBI single that scored Sam Stokes and Colton Richardson. Then, Dylan Schnitzler drove a single to left field that brought in a run. Jefferson led 5-1.

The Blue Jays’ arms held Festus quiet the rest of the way. The Tigers managed to score another run in the fifth but that was all they could muster up. Jefferson sealed the 5-2 victory and improved to 2-4.

“The bats were rolling,” Boyer said. “Everyone had a good attitude all game.”

Roth led the team with three hits. He was 3-4 with two RBIs and two runs scored. Dylan Schnitzler, Ott, Will Schnitzler and Stokes all had two hits. Jakoubek was 1-4 with an RBI.

Whitener made the start on the mound. He went nearly five innings, allowed two runs on three hits and struck out three. Dylan Schnitzler came in to relieve Whitener. He allowed one hit and struck out two batters.

“I thought we played defense very well across the board,” Ott said. “We got hits early in the game that gave us the run support we needed.”

The win could not have come at a better time for Jefferson. They have struggled at times thus far this season and a big win over a local rival could give them the confidence needed to take their game to the next level. The Blue Jays look to carry the momentum forward into their game against Kingston on Wednesday, April 7th.

Jefferson Rebounds From Hickman Loss with Win Over Festus