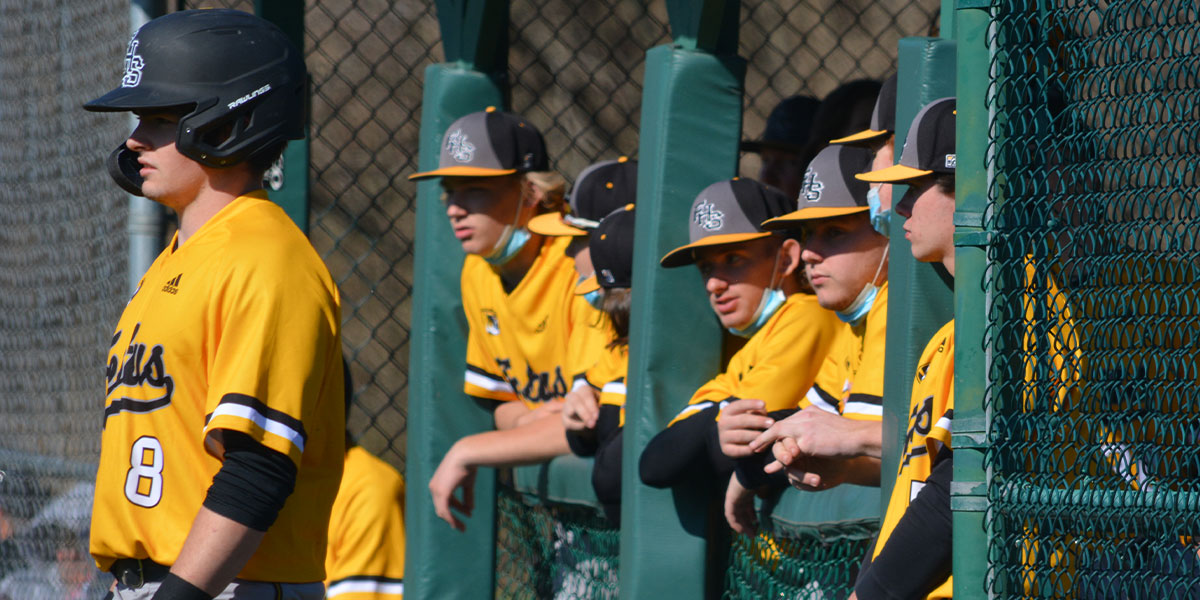 The Festus Tigers fall behind the Jefferson R7 Blue Jays early and can’t recover. The Tigers lose 5-2 and sink their record to 3-6.

The Festus Tigers’ Varsity Baseball team dropped their sixth game of the season to the Jefferson R7 Blue Jays 5-2 on Tuesday. The Tigers are 0-2 in their last two meetings with the Blue Jays.

The Blue Jays immediately established a lead with two RBI singles in the first inning that gave them an early two-run lead. Festus was able to respond in the first inning as Collin Reando hit a double to give Festus a baserunner in the bottom of the first. Laine Axtetter then singled in Reando right away to cut the Jefferson lead in half.

Unfortunately for the Tigers, the Blue Jays weren’t finished scoring. They put together a three-run, two-out rally in the top of the second inning that put them ahead 5-1.

Both sides’ offenses fell quiet until the bottom of the fifth. Jackson Gross was hit by a pitch with the bases loaded and Cole Wagner came in to score. Festus was still down 5-2, and it would remain that way the rest of the game. Jefferson sank the Tigers’ record to 3-6.

“The biggest factor in our game last night was our hitting with runners in scoring position,” Cameron Ford said. “Jefferson had a solid defense and they could swing it pretty good. They got key hits when they needed them.”

Reando led the way at the plate. He was 2-3, drew a walk and scored a run. Axtetter was the only other Tiger to manage a hit. He was 1-1 with one RBI and drew three walks. Aidan Irelan got on base twice with two walks as well. Jefferson outhit the Tigers 12-3.

“Lately we have been struggling at the plate,” Reando said. “I feel like guys are very tight and are putting too much pressure on themselves to get hits. We just have to put it behind us and continue to work to win games.”

Connor Hulsey started the game for the Tigers. He struggled in his one and two-thirds innings. He allowed five runs on eight hits. Kaleb Kennedy was the first out of the bullpen in relief. He threw just over four innings, allowed three hits and struck out six batters. Trent Ellis pitched an inning in relief as well.

The Tigers struggled offensively in this one. Jefferson had a couple of big innings and Festus could not make up the offense to overcome it. The Tigers will look to get their bats going Thursday, April 8th against Perryville.