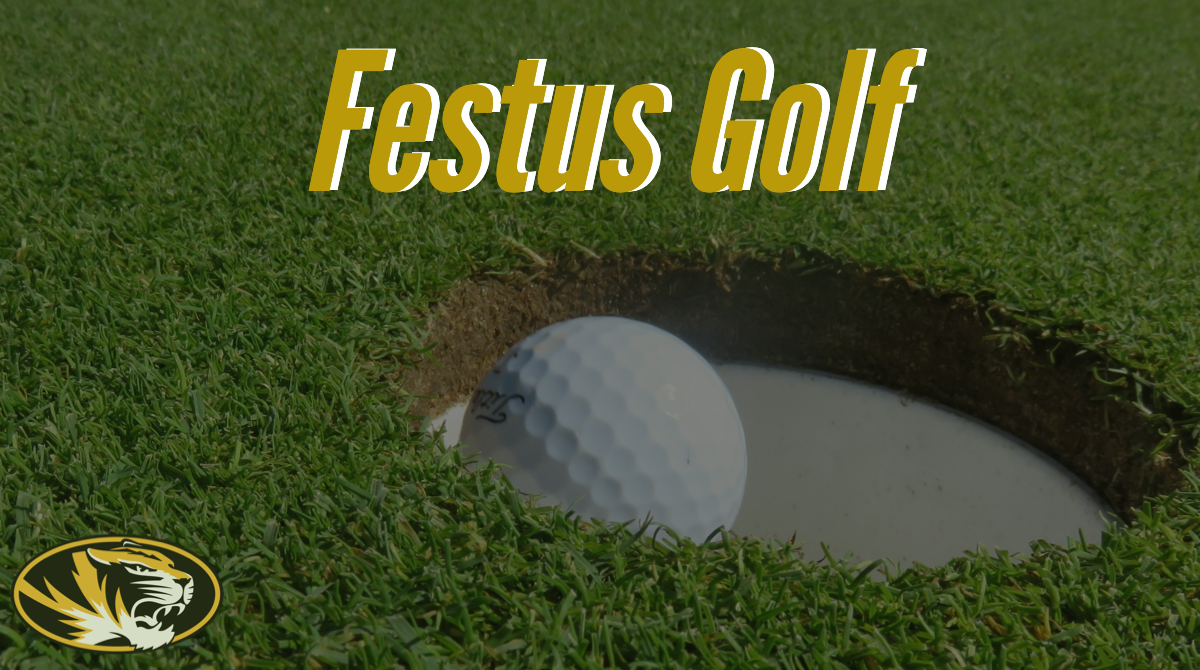 A nice week of golf action leads to two victories for the Festus Tigers Varsity Golf squad as they bring home wins on Tuesday and Wednesday.

This past week, the Festus Tiger golfers were in action two times as they hit the links on Tuesday 3/29, and Wednesday 3/31.

In the first match, a tri-meet at the Perryville Country Club featuring St. Vincent and Jefferson R7, the team shot excellently. In fact, the Tigers brought home a first place finish by shooting a 179 to beat St. Vincent’s 185, and Jefferson’s 202.

Collin Weinhaus took home the First Place Medal as he came in with the lowest score on the day, an impressive 41. Head Coach Chris Koch commented on Weinhaus, “He has been our number one. He has been the medalist at both matches, and has consistently had scores in the 40’s, which has been rare in recent years.”

Weinhaus commented on his own performance, “I just tried to stay calm and not let my nerves get to me, and I feel like I executed that pretty well. I came out to a rough start at Perryville, but I was able to grind out a win.”

Cole Rickermann, Nathan Bohn, and Grant Flotron were five off of that, coming in with 46s. Koch noted, “Isaac Stucke was out of town for the Perryville match and and we were still able to post five scores in the 40’s. Bohn, Rickermann, Flotron, and Ben Oppelz have all been solid.” Oppelz scored a 49.

Koch also mentioned, “Carter Roth stepped up to play Varsity yesterday and performed quite well. It’s been a very encouraging start to the season.” Roth shot a 52.

The next day, the squad was back at it again, this time at Joachm Golf Course, to compete against Windsor High School… and it was another good day.

The Tigers brought their best to the course and again, managed to come away with another victory, shooting a 185.

For the second time, Weinhaus won the day with an impeccable score of 40 to bring home the First Place Medal. Rickerman was right behind him with a score of 43. Rickerman noted, ” I just stay relaxed and swing nice and smooth. The highlight of this week was placing second in our match against Windsor yesterday.”

Festus Varsity Golf is off to a tremendous start, and looks to continue playing well as the season moves forward.