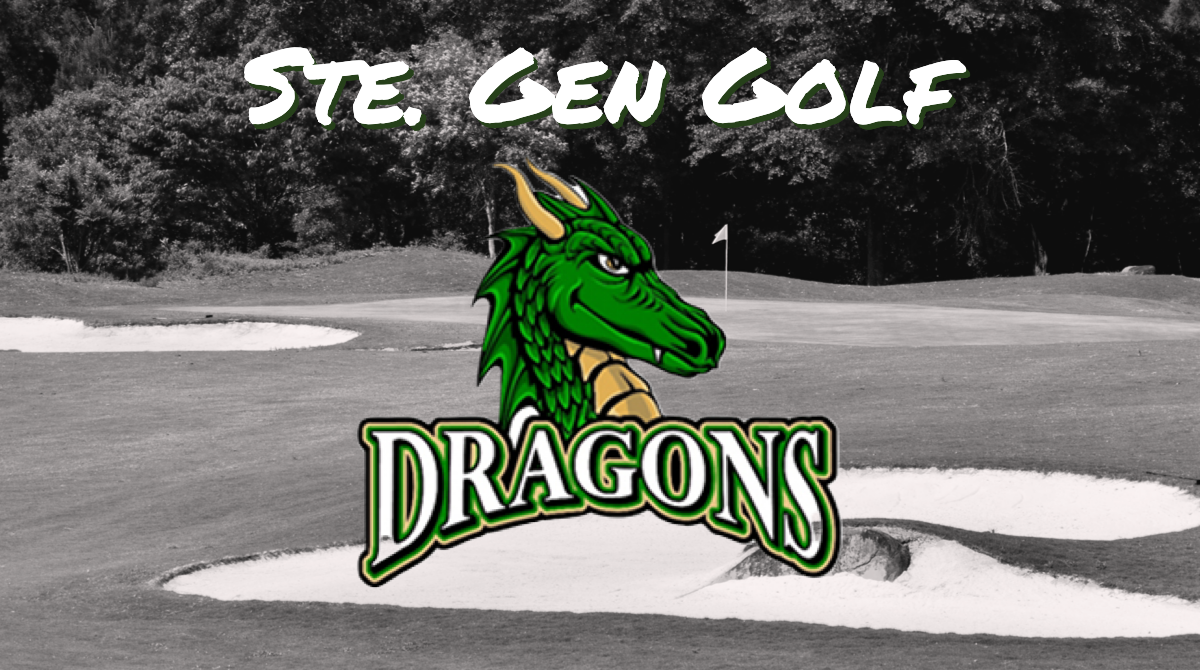 The Ste Genevieve Dragons Golfers are ready and eager for the 2021 season after missing out in 2020 due to the pandemic. Coach Mueller has high expectations for this talented group.

The Ste. Genevieve Dragons Golf team has been patiently waiting, but is finally ready to hit the links in 2021.  Thanks to COVID 19 all spring sports were null and void last season, so every golfer is itching to get back on the green.  Thankfully, due to the nature of the sport, there is little chance of this season being cancelled again.

We caught up with Head Coach Ryan Mueller and picked his brain about the ins and outs of his group of golfers this season.  We started off by pressing him about who he thinks will be his top performers, and he laid this on us, “I believe anyone on our roster could be a top athlete for us this season because they are so close in scoring already. As for our top performers, that is an extremely difficult question. I have high expectations for our Senior boys, who include Bryce Barley, Luke Basler, Zachary Burr and Landon Rose. They have been with this team for four years now, and I know they are going to be fighting for every stroke on each course we play this season.”

When asked about the strengths of the team and what particulars may be a work in progress, Coach Mueller said, “This is a hard one. Due to having so many strengths, I feel that our main strengths include our mental toughness, long range and mid-range shots. I feel that we can definitely work on our short game (pitching, chipping and putting). We of course can get better in all of the aforementioned areas, but our short game is where I see the most strokes accumulate.”

As far as schedules go, we wanted to get a feel for what the coach thought about his Dragons in that regard.  Here’s what he gave us. “The Cape Notre Dame Invitational always has a strong field, as does the Jackson Invitational. I feel every course offers unique challenges, but I feel our golfers have great course management to be able to play smart on each hole.”

When asked about his golfers that could make a difference this season, but may not be the obvious standouts to the casual viewer, Coach Mueller had this to stay about his sleepers, “Our golf program has grown exponentially. We have a total of 21 golfers this season. We have several who are brand new to this sport; Zachary Henderson, Nicholas Plati, Hawthorne Jokerst, Jayden Rhinehart, and Brandon Meyer. They have come leaps and bounds since their first day of practice. Our Freshman, Sophomores, and Juniors are the future of our team. All of them have been putting in the work to ensure our program continues to grow.”

“Our returning Sophomores are Collin Abt, Carter Burr, Braden Huck, Gavin Huck and Cameron Wolf. Gavin Huck is on the cusp of breaking into a varsity scorecard. Collin Abt has been improving his score each week. Braden Huck struggled on his first qualifier this season, but bounced back and improved his average significantly. Carter Burr has a fantastic mental game, and is capable of outstanding shots. Lastly, Cameron Wolf has come a long way since last season. He has lowered his average 9-hole score tremendously.” Sounds like a talented group of up and comers.

On the returning Juniors, Coach Mueller spoke on Thomas Elder, Kellen Hogenmiller, Cole Romann, Dalan Roth, Grant Weiler and Tanner Weiler. “Thomas Elder has one of the best work ethics I have ever seen. He stays after practice often, and pushes himself to better his game. Kellen Hogenmiller has great mental toughness on the course. He served as the number 6 golf on varsity last year and continues to grow as a golfer. Cole Romann is in his second year of the team. Cole has improved greatly from last season, and works hard to better his golf game. He is able to play smart on the course with good course management. Dalan Roth has come a long way since being a Freshman. He is currently shooting his best golf so far. Grant Weiler is listed as the number two on varsity as a Junior this year. Grant has worked very hard to get where he is on the team and he spends time outside of practice to improve his game.”

Coach Mueller then capped it off with, “Finally, our Seniors. Bryce Barley is coming back this season with vengeance after not getting the outcomes he wanted at sectionals last year. He has been working hard during the off season to come out stronger than ever for his Senior year. Luke Basler has great mental toughness on the course. He plays extremely smart and uses great course management. Luke has been playing some good golf, and will be a great asset to our team again this year. Zachary Burr has had a great start this season. Zachary also has great mental toughness and is able to choose his next shot wisely, which is a perfect reason for his low scoring averages. Landon Rose’s biggest strength is his long drive. Landon just missed out on sectionals last year and is also out for vengeance to make his final year with the team a great one. I have high expectations for all of our Seniors as they all have the potential to make it into sectionals and state.”

It sounds like the Dragons have a truly invested coach that not only believes in his players, but expects great things as well.  He left us with this, “I will be extremely proud of whatever outcome we see of this team.  These kids have overcome missing out on last year’s season, and they have worked tirelessly to get better in the off season.”

Talent, motivation, want, vengeance… we could keep going with choice and descriptive words, but you get the gist.  These Dragons seem to have it all, and appear poised to make a strong showing in 2021.  We wish them all the luck out there on the links.