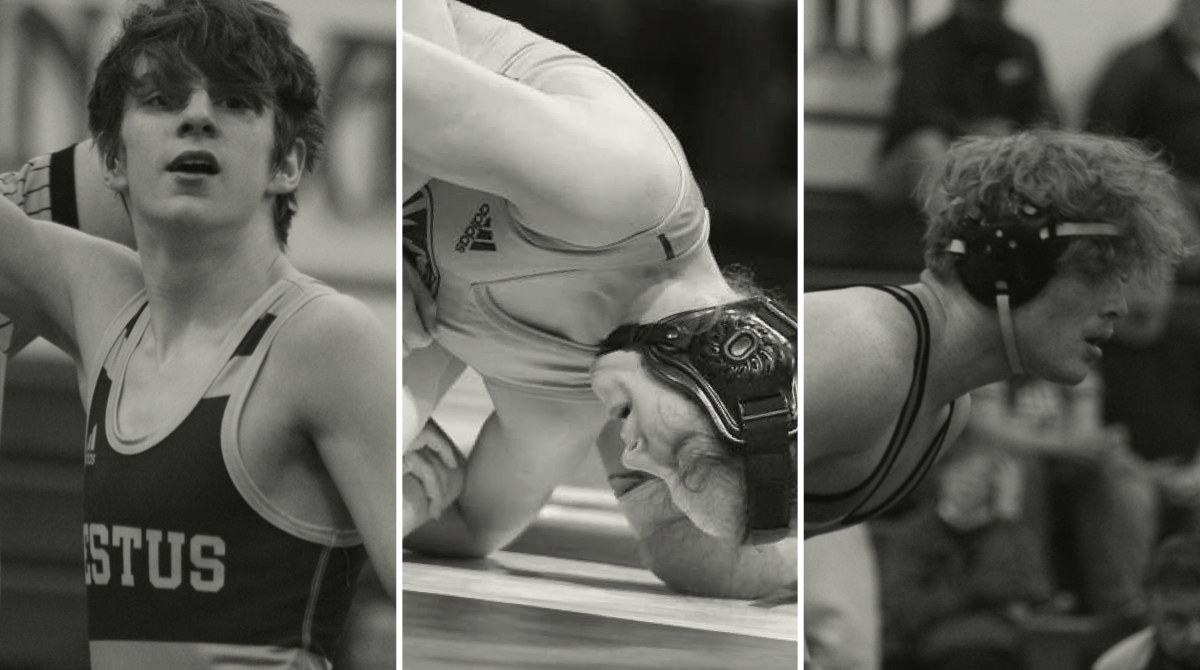 Every wrestler that has ever stepped foot on the high school wrestling mat has one goal in mind, to be the best… and to prove that, one must bring home gold in the State Tournament. Very few ever end up even qualifying for the final showdown, as the competition is quite intense. This past week, the MSHSAA Boys and Girls State Championship Tournament took place, ending a unique COVID-adjusted season for the Festus Tigers Varsity Wrestlers. The Tigers successfully qualified two boy and their first two girls for the tournament, which took place between March 9-13. The girls were the first two female wrestlers to qualify for the state tournament in school history.

At 112, Kirsten Klein finished the day in fifth place. She lost her first match, putting her in the consolation bracket, but then defeated her next opponent by pin in 2:02. In the consolation semifinals, she won by decision 16-9. Finally, she won the fifth place match by sudden victory by the score of 13-8 to land on the podium.

We asked Klein about her success and she told us, “It honestly felt amazing to medal and be on the podium. Not necessarily the “biggest moment”, but I would count it as the most memorable for me, was before everything even started and we were all lining up to do the walk-out, all of the girls were so happy to be there and we were all talking about it. The moment was very wholesome and I loved seeing the excitement. In girls wrestling, everyone is always so nice off the mat and the fact that I saw a few freshman in just my weight-class gave me hope for the future of this sport I love. Everyone did so well and I’m proud of everyone who competed, even if I expected better for myself.”

Lauren Mills competed at 122. She was defeated in her first and second matches. She had this to say about her performance, “Things didn’t quite go as expected when I went to State. I knew my competition was going to be hard going and I made sure I was mentally prepared for what I had coming. I was hoping to win some matches at State and place obviously, but there are a ton of good girls in the state. After State I was a very upset, but it made me want to work harder to reach my goals. I’m going to work hard and get lots of wrestling in during the offseason to reach those goals I have set for myself. I was honored to be repping Festus, especially for being one of the first female wrestlers to be there.”

On the boys side, first time state qualifier Austin Neff wrestled at the 106 lb. weight class.  Neff manhandled his way through district and sectional rounds grabbing first place finishes in both, beating wrestlers from some of the best teams in the state.

Neff grabbed a bye in the first round, pitting him against Aston Atkins from Ft. Zumwalt South in the quarterfinals. Neff didn’t disappoint, taking Atkins out with a 2-0 decision. Things got a bit tougher after the quarter-finals. Neff faced off against Raymond Hembree from Neosho in the semi-final match. He had his hands full with the eventual second place finisher, falling by major decision 16-3. Neff was able to compete for 3rd place against Andrew Bowling from Lebanon. It was a hard fought battle, but he lost by decision, 6-0.

In the end, Neff was able to secure a 4th place finish which is an unbelievable accomplishment for someone who has only been wrestling for a couple years.

When asked about his performance, Neff responded with, “Well I am really excited! I’ve been working on trying to get on the podium for two years now and I finally got there. The moment at State that stuck out the most was hanging with my friend Luke Shaver and how we both made the podium. He has taught me so much about this sport and I probably couldn’t have done it with out him.”

At 182, Luke Shaver, crushed everyone that stepped on the mat this year and came into the state meet with a perfect 43-0 record. Shaver finished in first place in districts and sectionals giving him a first round bye. Shaver matched up against Rickson Taylor from DeSmet in the quarterfinals and punished him to the tune of a 14-2 major decision. This set up the one of the biggest showdowns at the state meet, as Shaver met Jesse Cassatt from Carl Junction in the Semi-Finals. It was an all out battle that ended in a 5-2 decision in Cassatt’s favor. Cassatt would go on to grab the first place stop in the 182 lbs division, while Shaver would then compete for the 3rd place spot against Vianney’s Roman Graiff. Shaver took down Graiff in an 8-3 decision, landing himself in third place for the second year in a row.

Shaver described his wrestling career by saying, “As a high school wrestler my biggest moments were competing at State. I just never got the job done, but I was always right there and with the right room I can be on top. And to represent Festus is to represent everyone who supports me cause they’re the ones that want me to win and see my success.”

He followed up with some words on his fellow State Medalist and good friend Austin. “Neff is a character man, he’s awesome. He’s put in the work and it’s showed. This guy did it and it worked out for him.”

For the Seniors, the State tournament is the end of the line, but for those that will return, it’s just the beginning. Hopefully, this taste of the glory will be enough to motivate them to work even harder in the off-season.