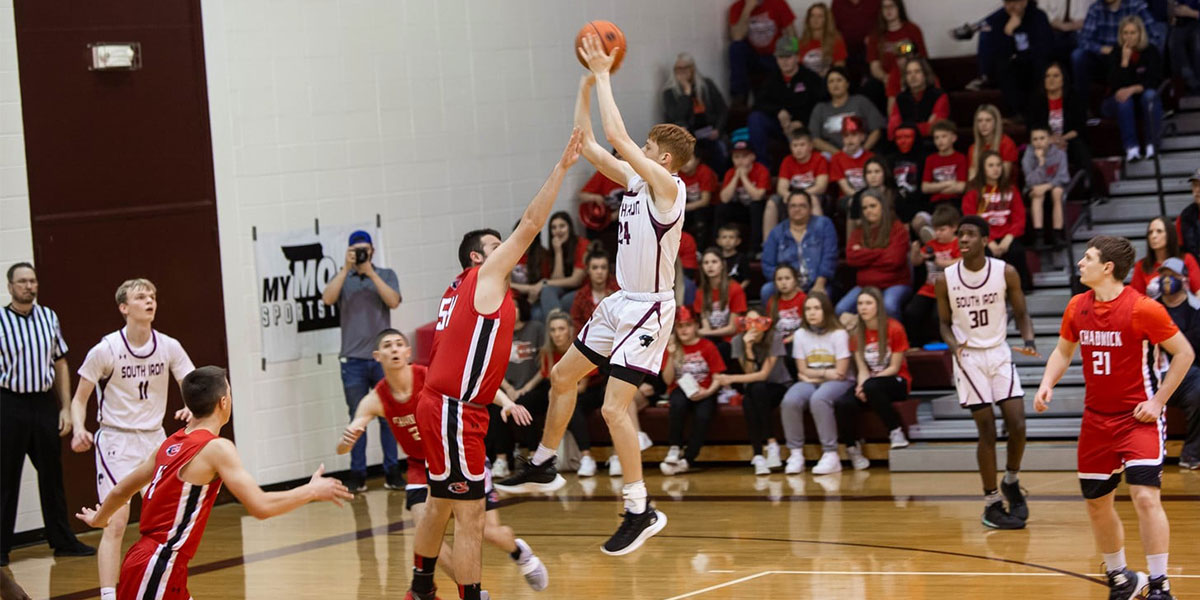 Panthers Blow Past Chadwick in Sectionals

The South Iron Panthers run over the Chadwick Cardinals 74-42 vaulting themselves into the second round of the State Playoffs. The Panthers will take on Delta in the Quarterfinals on Friday, March 5th at 6 p.m.

The South Iron Panthers Boys Varsity Basketball team took down the Chadwick Cardinals 74-42 in the Sectional round of the State playoffs on Tuesday. The Panthers won their last meeting with Chadwick back in 2011 in the State Tournament as well.

The Panthers came into this game fresh off of their third straight District Title and on a three-game winning streak. Sectionals are the first round of the State playoffs and if you lose, you go home for good. South Iron had no plans of letting their season end Tuesday night.

“Our mindset is to go out there and focus on the gameplan we have and just outlast our opponent,” Drenin Dinkins said. “We know that they will go on runs but we just have to stay level-headed and play four quarters of basketball.”

This game had a high level of intensity from the opening tip. The South Iron fans packed their home gym, as usual, and the Chadwick crowd was present and lively as well. On the court, each team started very fast but struggled to catch a rhythm early on. The State Tournament jitters were evident for both sides. Dinkins started things off with a layup for the first bucket of the game. The Panthers didn’t make a lot of shots early, but they grabbed a good amount of offensive rebounds that gave them an opportunity at some second-chance points.

Then Dinkins hit his first three of the game and put South Iron up 9-0. Chadwick put themselves on the board about four minutes into the first, but Brock Wakefield answered right away and drained a shot from beyond the arc that put the Panthers up 12-2.

Dinkins committed two fouls early and was forced to check out of the game with 3:24 left in the first, but the Panthers held strong and began to put their foot on the gas. The nervous jitters left their system and they got back to playing Panther basketball. Wakefield hit a jumper that put the Panthers up 21-6 near the end of the first.

The success the Panthers saw rebounding the ball on the offensive end did not translate to the other end of the floor. They struggled to rebound the ball in stretches and gave Chadwick multiple chances on a number of possessions. The Cardinals opened the second quarter on an 8-0 run and closed the gap to 21-17.

They continued to put shots up from three-point land because of the success they saw on the offensive boards. However, the Panthers kept playing their game and worked to extend their lead. Jermarco Burse grabbed a defensive rebound and went coast-to-coast for a layup to put South Iron up 30-19. Wakefield’s court vision was on display as well, as he passed out two big assists that led to baskets near the end of the second quarter. The Panthers went into halftime with a 38-21 lead. 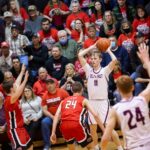 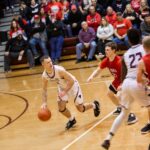 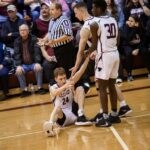 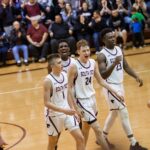 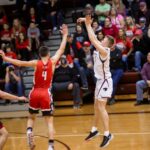 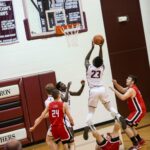 South Iron came out of halftime ready to send Chadwick home. The Cardinals were exhausted from dealing with the Panther press and having to grind out every point they scored. Dinkins hit a layup to extend South Iron’s lead to 20 early in the quarter. Chadwick was forced to work the ball through their offense for extended periods of time in order to get a good look at the basket, which played right into South Iron’s favor. The Panthers continued to get out ahead on fast breaks and get easy buckets, and as a result led 53-36 going into the final eight minutes.

Dinkins was fouled on a layup and converted a three-point play to start the fourth quarter that put the Panthers up 20. They didn’t look back. Later in the quarter Dinkins grabbed a rebound and heaved a pass nearly the full length of the court that landed softly in DJ Prater’s hands for a layup.

Shortly after, Burse converted a mean euro-step layup and was fouled. He missed his free-throw, but the ball found its way into Dinkins’ hands once again. He nailed a step-back three that put South Iron up 30. Then the Panther bench checked in to the game to close out South Iron’s 74-42 victory, vaulting them into the second round of the State Tournament.

The Panthers live to see another day and you can bet they aren’t done yet. Senior Jacob Leverett talked about what he does to prepare for high-pressure games at this time of year.

“I just bring positivity in the locker room and on the court,” he said “I try to stay locked in and be prepared at all times.”

“Just stay together as a family and play our game,” Prater said.

They continue to play four full quarters of quality basketball and outlast their opponents. They will take on Delta in the State Quarterfinals on Friday, March 5th at 6 p.m.

Panthers Blow Past Chadwick in Sectionals