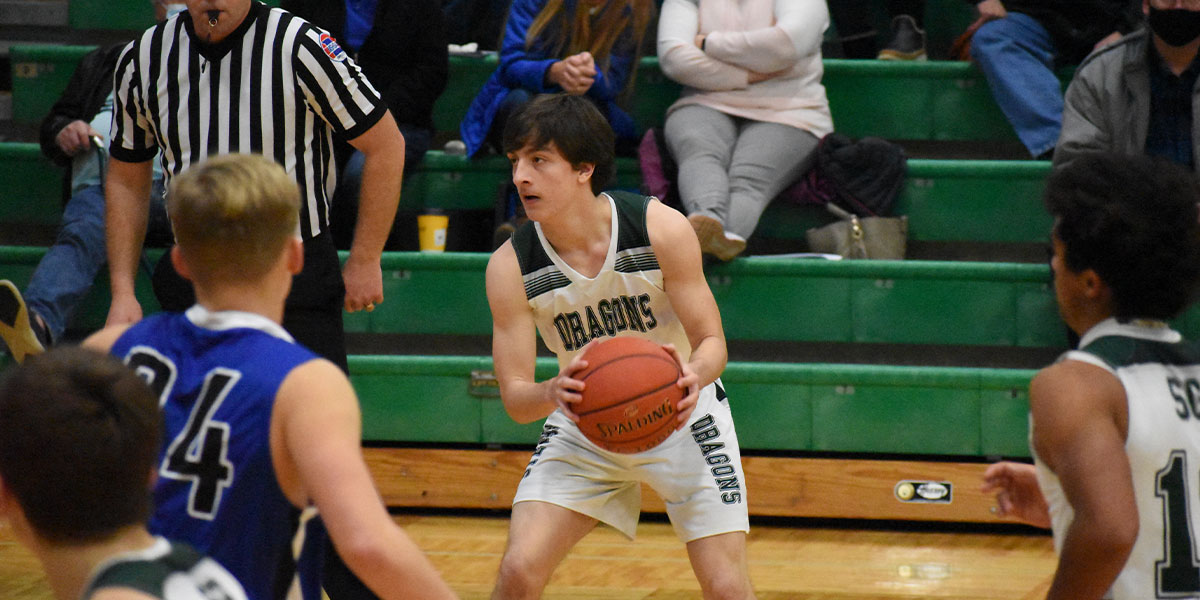 The Ste. Genevieve Dragons Boys Varsity Basketball team cap off their regular season with a 63-32 win over the Perryville Pirates. Their district tournament begins Monday, March 1st at 6 p.m.

The Ste. Genevieve Dragons Boys Varsity Basketball team capped off their regular season with a blowout 63-32 win over the Perryville Pirates on Thursday. The Dragons are 3-0 in their last three meetings with the Pirates.

It was all Dragons from start to finish on Thursday. Ricky Hunter got things going for Ste. Gen in the first quarter with nine points. Logan Trollinger scored five in the frame as well and helped the Dragons to a 16-7 lead after one.

Ste. Gen. improved on their offensive performance in the second quarter. Hunter added seven more points to his total while Aiden Boyer and Blake Morganthaler each helped out with five. The Dragons held the Pirates to single digits once again and went into halftime ahead 35-15.

Perryville continued to struggle while Ste. Gen. came out of halftime and had their best quarter of the day. Morganthaler and Boyer each scored six to help the Dragons to 20 points in the third. They held the Pirates to ten, and extended their lead heading into the final eight minutes. Ste. Gen. sealed things in the fourth and secured the 63-32 win, which bumped their record to 15-8 on the season.

Ste. Gen. lost its two games prior to this big win against Perryville. They were glad to pick up a win, end the regular season on the right note and head into the District Tournament with some momentum on their side. They are the number one seed in the tournament and received a bye into the semi-final round. They will play the winner of Fredericktown and St. Clair for their first District matchup.