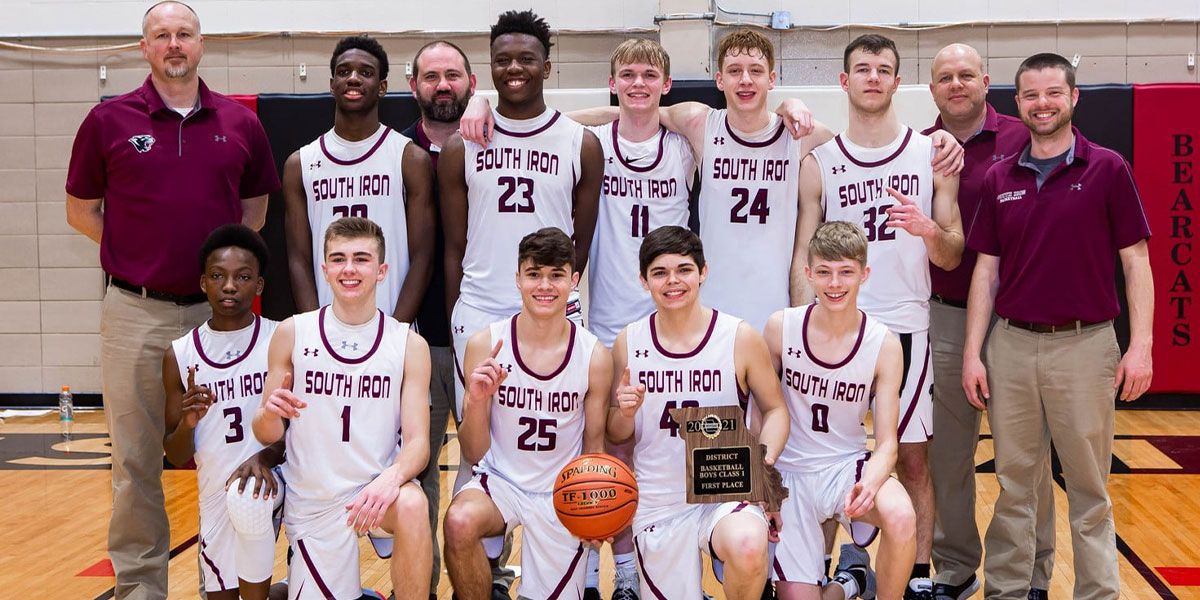 The South Iron Panthers are Class One District Three Champions for the third straight season with their 79-39 win over the Bunker Eagles. South Iron will take on the winner of Chadwick and Bradleyville in Sectionals on Tuesday, March 6th.

The South Iron Panthers Boys Varsity Basketball team won their third straight Class One District Three Championship with a 76-39 win over the Bunker Eagles on Thursday.

This was the Panthers’ third matchup with the Eagles this season. They won the previous two games by an average of 34.5 points… however, there was not a district championship on the line. Bunker came into this neutral site game with high energy and brought a rowdy crowd with them to Lesterville.

The Panthers won the opening tip and Lucas Lunyou got things started with a bucket from downtown, putting the Panthers ahead early. That three-pointer was one of the only shots from long distance the Panthers got to fall in the first half. They struggled from beyond the arc and were forced to take their game inside. DJ Prater was a menace early on and was able to get into the lane time and time again. He converted a three-point play after being fouled on a tough layup to put the Panthers up 14-7. Bunker wouldn’t go quietly though, and their crowd made sure of it. The Eagle fans didn’t care that they were behind. They injected life into the team any time they could with a loud roar from the entire visitors’ section. Despite the noise, the Panthers kept attacking. Drenin Dinkins stole the ball in the backcourt and hit a layup to put South Iron ahead 22-11 before Bunker hit a three before the end of the first to cut the lead to 22-14.

The Eagles hit another big shot from downtown at the start of the second that cut the Panther lead to five. South Iron continued to struggle from downtown but relentlessly attacked the lane. The Panthers built their lead back up to 27-19, but Bunker continued to battle. It felt like they had an answer for whatever South Iron put together. They were determined not to get blown out again. The Eagles came back and hit another huge three that yet again cut the Panther lead to five. At this point, South Iron turned up their defensive intensity and started to force the Eagles to make their own mistakes. Lunyou was a pest at the top of the Panthers’ press and made it difficult and awkward for any Eagle to get the ball past half court. 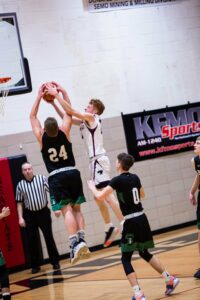 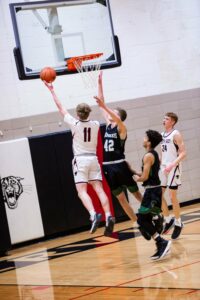 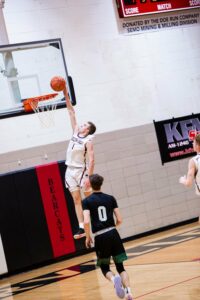 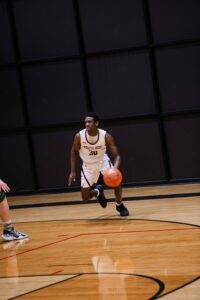 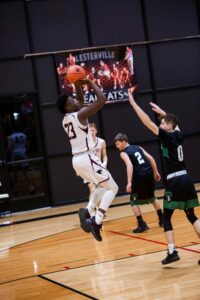 Brock Wakefield had a pass fly through his hands and out of bounds on a Panther fast break that would’ve given him an easy two points near the end of the quarter. He made up for it by stealing the Eagles’ inbound pass and dishing the ball to a wide-open Lunyou who knocked down a mid-range jumper. That basket extended the Panthers’ lead to 15. They led 44-25 by halftime.

Whatever magic Bunker had in the first half disappeared in the second. The Panthers stayed disciplined and continued to make the Eagles work hard for everything. South Iron’s defense completely shut down the Eagles and only allowed them to score three points in the third quarter. South Iron scored 22 and went into the fourth with a huge lead. The Panther bench got into the game in the fourth and helped finish Bunker off. Senior Jacob Leverett even hit a three that sparked a roar from the Panthers’ crowd and bench alike. South Iron locked up the 79-39 victory for their third straight District Championship and bumped their record to 20-4.

Wakefield led the team with 17 points. Jermarco Burse and Prater each had 13 points. Burse secured a double-double and pulled down ten rebounds. He missed all of last season with an injury and could not participate in last year’s district championship on the court, so this was a big moment for him.

“This definitely feels great,” Burse said. “Being out last year just humbled me and I realized how much I love playing with these guys. Being able to be back and competing with them is a blessing.”

The Panthers were happy to win yet another District Title, but they aren’t satisfied. Their goals are set much higher. South Iron now moves on from Districts into the State Tournament. The Panthers will take on the winners of District Four, either Chadwick or Bradleyville, in Sectionals.