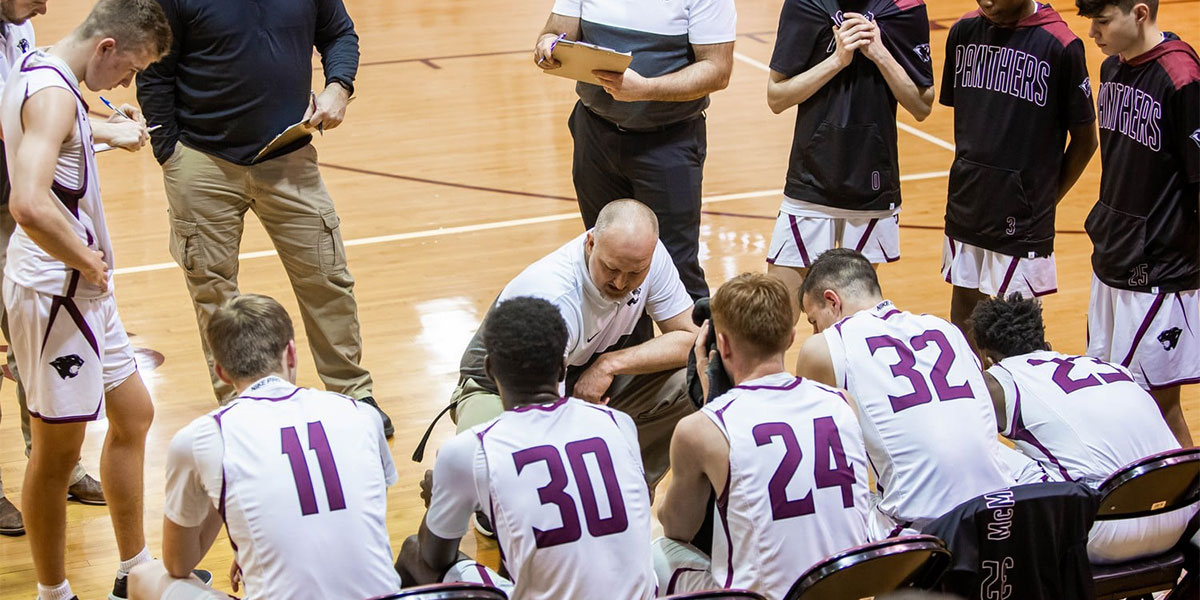 The South Iron Panthers Boys Varsity Basketball team improve to 19-4 with a win over the Ste. Genevieve Dragons. The Panthers are 3-1 against the Dragons since 2011.

South Iron’s Boys Varsity Basketball Senior Panthers were honored Friday night before they blew out the Ste. Genevieve Dragons 86-38. The Panthers are 3-1 against the Dragons since 2011.

South Iron came into this game reeling from a heartbreaking loss to Cape Notre Dame at the buzzer. It was only the Panthers’ fourth loss of the year, and they were ready to get back to their winning ways on Senior Night.

Ste. Genevieve came out of the gates hot from the opening tip. They made a few shots from beyond the arc that helped them jump out to a 10-2 lead. However, the Panthers settled in and ramped up their offensive attack. They cut the Dragons’ lead to 11-10 before Brock Wakefield took matters into his own hands.

Drenin Dinkins fired a pass through the lane to a cutting Wakefield who leapt two feet and threw down a dunk that gave the Panthers the lead. The very next possession, Wakefield stole the ball from the Dragons in the backcourt and smashed another two handed slam. The back-to-back dunks injected life into the crowd and Panthers alike. It felt like a switch flipped and the Panthers were done playing with their food. They outscored Ste. Gen. 26 to 18 in the first and didn’t look back.

It seemed like the life was drained out of the Dragons, and South Iron capitalized. They won the second quarter 19-7 and went into halftime with a 45-25 lead.

Then South Iron came out after halftime and had another offensive explosion. They scored 26 points in the third, and the Dragons had a tough time keeping up. The Panthers’ defensive pressure caused all sorts of problems for Ste. Gen, and South Iron extended its lead to 71-32 heading into the final eight minutes.

Seniors Lucas Lunyou, Jermarco Burse and Wakefield all checked out of the game for the final time in the fourth quarter and received standing ovations from an amped South Iron crowd. The Panthers sealed  the 86-38 victory and bumped their record to 19-4. 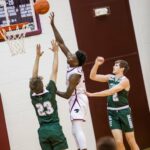 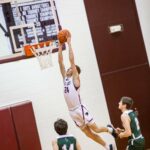 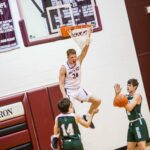 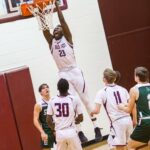 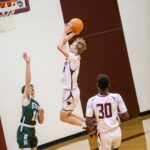 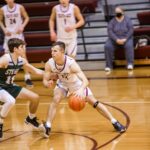 “We started off rough but we turned it around really quickly,” Burse said. “Playing that way and getting the win on senior night was special. We just have to enjoy every moment from this point on and get ready for the postseason.”

The Panthers completed their regular season schedule. They are the #1 seed in their district tournament and have a bye that puts them into the semi-finals. South Iron eagerly awaits their opponent and has entered one and done territory.

“It’s definitely hard to believe that we only have a few weeks left together, but we are enjoying every second of it,” Wakefield said. “We’ve worked our whole lives to get to this point so we are just trying to have fun.”

The Panthers worked tirelessly through the season to prepare for this time of year. Their district tournament game takes place Tuesday, Feb. 23rd against St. Paul Lutheran.