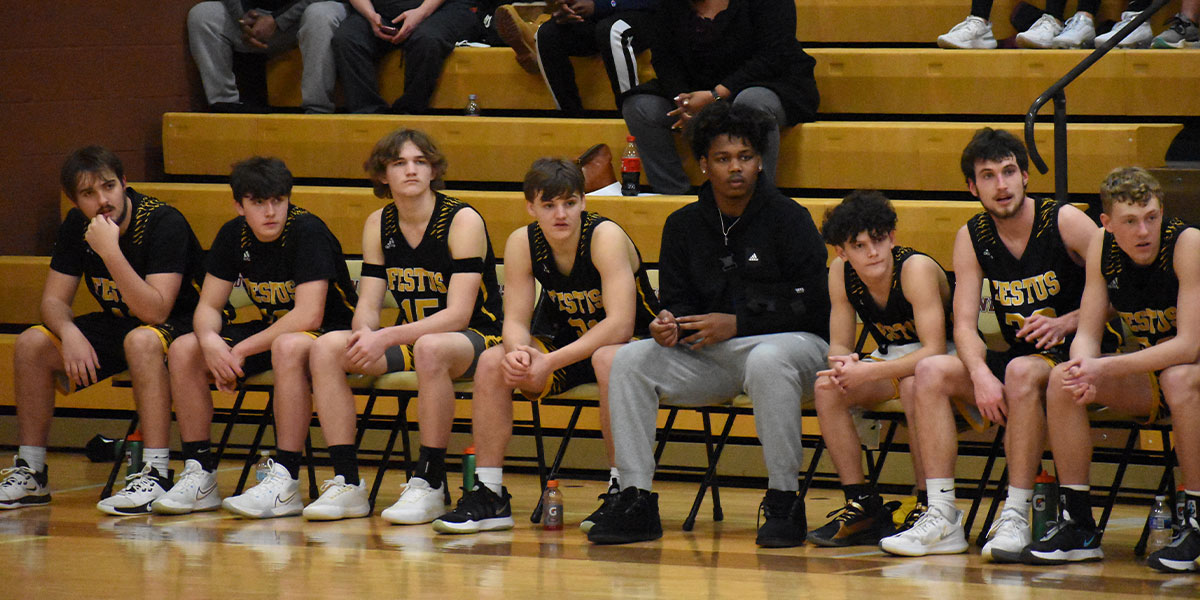 The Festus Tigers Boys Varsity Basketball squad win their fourth game in a row against the Fox Warriors. The Tigers are now 17-5 and 12 games over .500 for the first time since 2016.

The Festus Tigers Boys Varsity Basketball team powered past the Fox Warriors 68-57 Friday night for their fourth win in a row.

The massive amounts of ice and snow in Missouri finally cleared enough for the Tigers to get back on the court. They had their hands full though, as Fox came into the game on a five-game win streak… and you can bet they didn’t go away easily.

Festus started fast offensively and established an early lead, while Cole Rickermann played a big part and scored eight points in the first. Arhmad Branch had five of his own in the first, and a dunk that injected life into the crowd, as well as the Tigers’ bench. Festus led 22-12 after one quarter.

The Warriors bounced back in the second quarter and had more success offensively, but Connor Westhoff helped the Tigers keep their lead with seven points in the second. Collin Weinhaus hit two three-pointers in the quarter as well, but Fox edged out the Tigers 18-15.  Thankfully for the Tigers, they still trailed Festus 37-30 at the half.

Each side came out of the locker room and had their slowest quarter offensively. Weinhaus kept the hot hand and hit two more shots from beyond the arc in the third, as Desmond Davis got on the board with a basket and three free-throws. Festus increased their lead by one heading into the final eight minutes.

Festus then took care of business in the fourth quarter. Branch added eight more to his total and Collin Reando scored six in the quarter. Fox only managed 15 points in the fourth and it wasn’t enough. Festus secured the 68-57 win and bumped their record to 17-5.

“I think we came out with the intensity that coach has been preaching at practice and what we have been trying to achieve for a while now,” Rickermann said. “We maintained our focus throughout the game and that led us to victory.”

Branch and Weinhaus led the team in scoring with 15 each. Reando was just behind with 12 points and pulled down 11 rebounds. Rickermann had ten points while Westhoff had seven. Davis contributed five points as well.

The last time the Festus Tigers were 12 games over .500 was in 2016. Their record is a direct reflection of their constantly improving play. Every win is critical at this time of year.

“They are really important to us because it has been years since our team had a record like this,” Branch said.

The Tigers have won nine of their last ten games and are playing very well as the regular season comes to an end. They have two games left on their schedule before taking on the District Tournament. The next challenge for Festus is against Potosi on Wednesday, Feb. 24th.