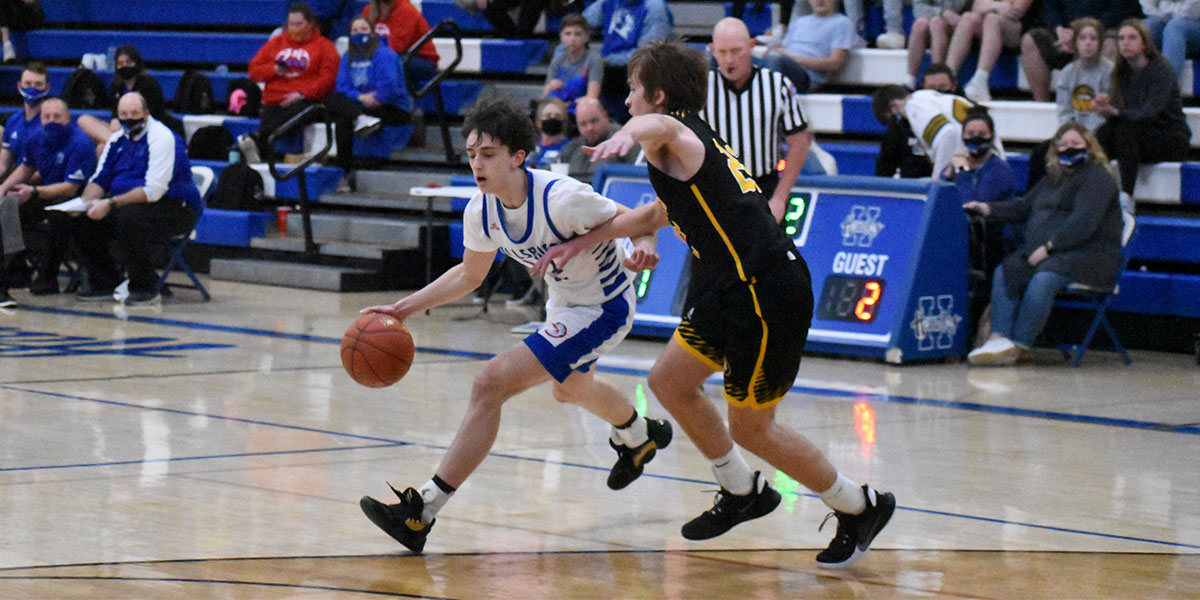 Hillsboro Falls to Festus for Second Time this Season

The Hillsboro Hawks surrender a nine-point halftime lead to Festus and lose to the Tigers for the second time this season. Hillsboro is 8-13 with three regular-season games left on their schedule.

The Hillsboro Hawks Boys Varsity Basketball team surrendered a nine-point halftime lead and lost to the Festus Tigers 55-50 on Friday. This was the Hawks’ second loss to the Tigers this season.

The Hawks came out of the gates on fire. The atmosphere in their gym was electric and the players fed off of it. Noah Holland had the hot hand early and scored his team’s first eight points. Hillsboro scored 17 as a team and held Festus to just nine.

Holland continued to light up the scoreboard in the second.  He put up eight of the Hawks’ 12 points in the quarter. Festus had a bit more luck offensively and scored 11 points, but Hillsboro was still ahead. They held a 29-20 lead at the half.

The Tigers made some adjustments at the break and Hillsboro had a tough time dealing with them. Festus came out and had their best quarter of the night with 21 points in the third. The Hawks did what they could, as Zach Whaley came alive and hit two shots from beyond the arc that put his name onto the scoresheet for the first time. Hillsboro only scored 11 in the quarter though and trailed by one going into the final eight minutes.

The game’s pace then slowed and both sides were forced to grind for every point. Whatever rhythm either side had established was gone. Hillsboro could only muster seven points in the fourth and Festus scored 14. The Hawks fell 55-50 and sunk their record to 8-13. 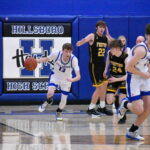 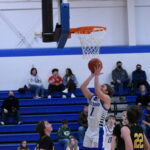 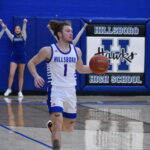 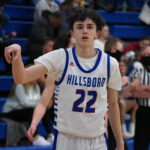 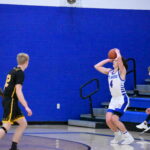 “We had too many unforced turnovers including myself,” Whaley said. “We could’ve executed better on offense. Defensively, we let them get a few too many easy buckets.”

Holland finished the game with 21 points to lead all scorers. Whaley was next with 13 of his own. Eric Schneider scored seven and Kyle Phipps scored five.

Hillsboro’s season is creeping to an end. The Hawks have three games left on their regular-season schedule before the start of the district tournament. With some focus and preparation, this team has a chance to bring its record above .500 before it ‘s all said and done. Next on the docket for the Hawks is De Soto on Friday, Feb. 12th.

Hillsboro Falls to Festus for Second Time this Season