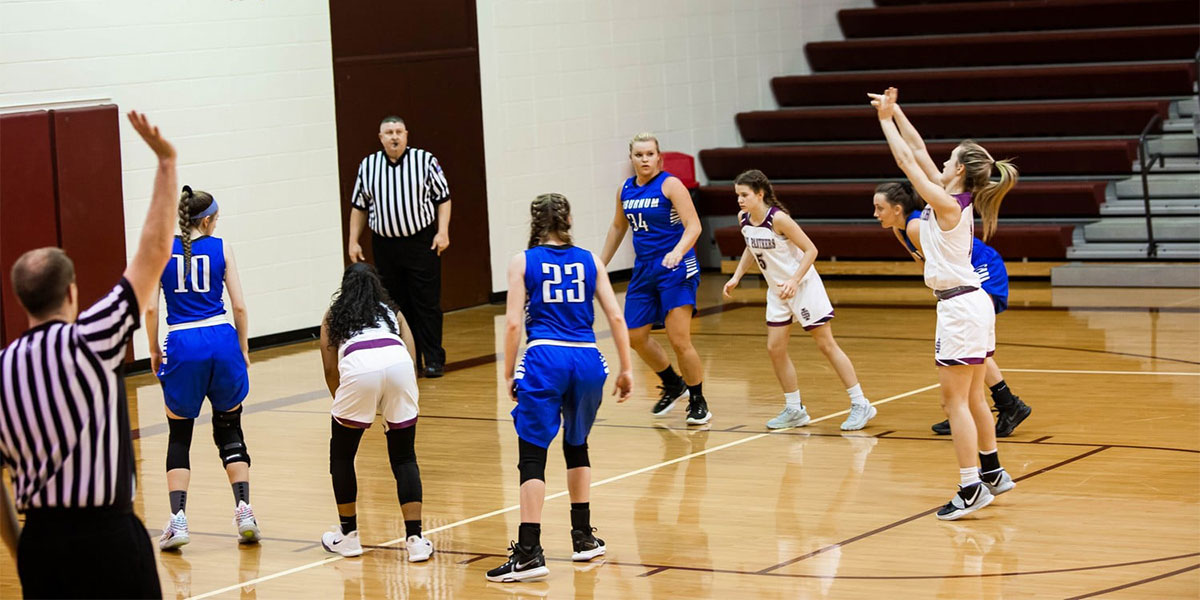 The South Iron Panthers roll past the East Carter Lady Redbirds 60-45 on Thursday. The Panthers are 15-0 against the Redbirds since 2008.

The South Iron Panthers Girls Varsity team beat the East Carter Lady Redbirds 60-45 on Thursday for their fifth win in a row. The Panthers are 15-0 against the Redbirds since 2008.

South Iron has historically dominated East Carter, and that didn’t change on Thursday. The Panthers did what they do best and came out of the gate firing, jumping out to an early 18-7 lead in the first quarter.

East Carter was able to slow down the Panthers’ attack in the second, but unfortunately for them, they didn’t see much more success on the offensive end. Each team scored nine in the second quarter, and South Iron maintained their lead into halftime.

“East Carter is strong and athletic with some really nice offensive pieces,” Head Coach Lawrence Graves said. “They did a really good job of disrupting our flow offensively the first half, but after some halftime adjustments, we came out and really settled in.”

The adjustments were made and South Iron took full control of the game. East Carter tried to keep up offensively, but the Panthers outscored them 19-14 in the third quarter, and took a 45-31 lead into the fourth. The Redbirds kept it tight throughout the final eight minutes, but ultimately came up short. South Iron sealed the 60-45 win, and pushed their record to 14-3.

“East Carter was no slack, and they played hard as well,” Megan Lashley said. “We were definitely strong on our defensive side of the court and that pulled us through. We utilized each other on offense and found openings and took them.”

Madison Ayers led the team in scoring with 21 points. She also racked up six assists, five rebounds and six steals. Just behind Ayers was Enzley Dinkins with 16 points and eight rebounds in 26 minutes played. Anna Parker had 11 points, while Drew Gayle scored seven points and led the team with 13 rebounds. The Panthers shot 41 percent on two-point field goals throughout the game.

“Our girls really spread out the load in this game.  They all got after it on defense, some girls scored, and some really gobbled up rebounds,” Graves said.  “All in all, that’s what we want to see as coaches going down the stretch. This bunch of girls is really special because they are all willing to do whatever is needed each night to help our team win.”

The Panthers are 3-0 in the conference, and being crowned regular-season conference champions is still in play. Next week, they finish their conference schedule with games against Clearwater and Lesterville.

This young Panthers squad has won nine of their last ten games, continues to get better and learns more about each other each day. They certainly seem to have their affairs in order with districts looming.

Their next challenge is against Eminence on Tuesday, Feb. 9th.