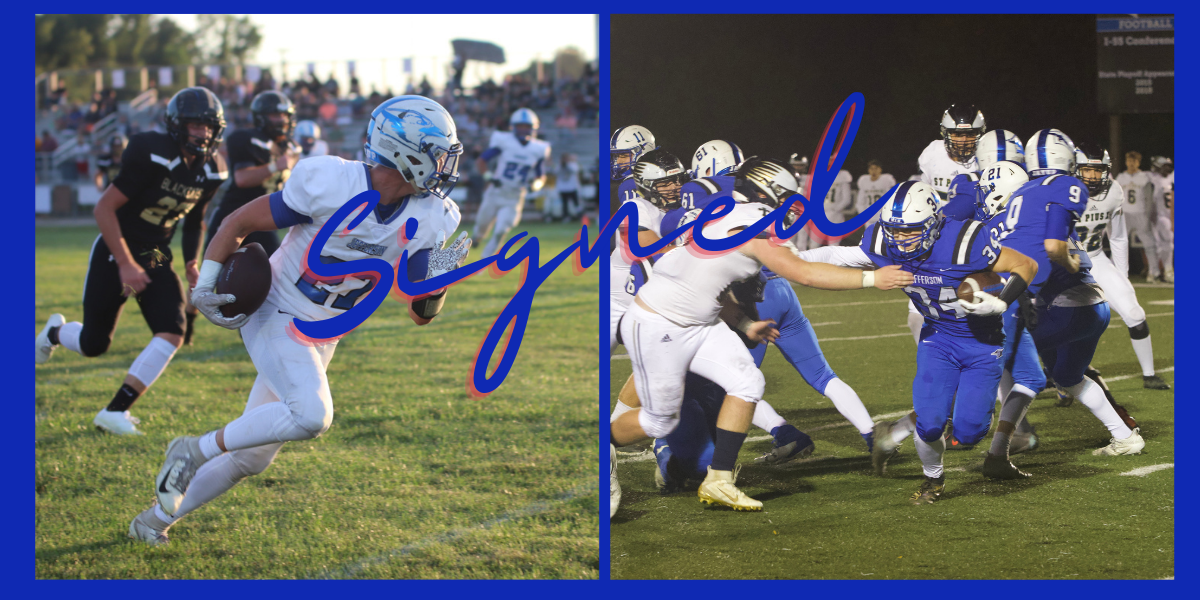 After Monumental Season, Blue Jays Football Sends Two of Their Best to the Next Level

Will and Dylan Schnitzler have committed to McKendree and SEMO, respectively, after an historic season with the Jefferson R-7 Blue Jays. Best of luck boys, and our heartfelt congratulations.

If we can think of one word to describe the Jefferson R-7 School District, that word has to be “Family”. Well, we’re happy to report that two members of the Schnitzler Family, Will and Dylan, who’ve been an integral part of the sports community at R-7, have forged new paths to play at the collegiate level. As is true with any family, each individual takes their own journey, but at the end of the day you always come home to family…. We’ve got a feeling that even though these boys are shipping out to play college ball, we will still see them in the bleachers down the road, rooting on their Blue Jay family.

When we got word that both Will and Dylan would be signing to play football in college (Will with Mckendree and Dylan with SEMO), we couldn’t help but look back on our own journey as a company. The first two articles we ever published were about the 2018 Jefferson R-7 Football Jamboree… and within the first 15 published Ameritime Sports articles both Will and Dylan made their first appearance. 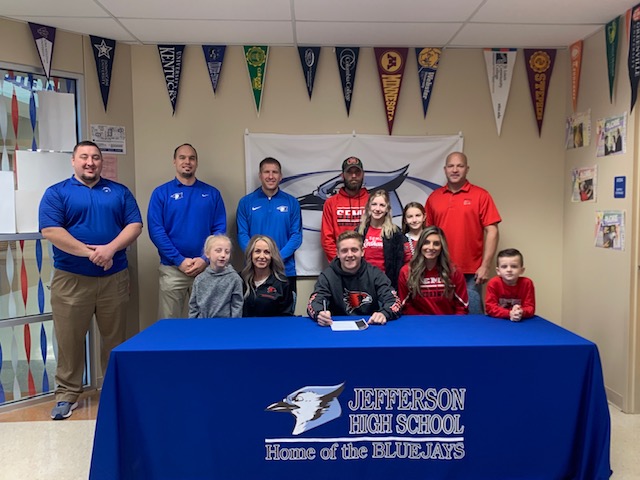 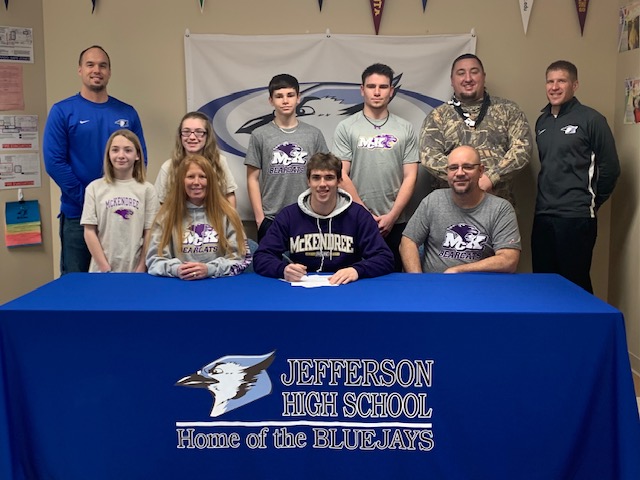 They’ve since been mentioned or quoted in 70+ articles, and for good reason. Let’s think through these stats for a second; 49 rushing touchdowns, 2772 rushing yards, 552 receiving yards, 216 tackles 7 INT’s. That’s a pretty intimidating and noteworthy combo.  No wonder we wrote about them so often.

In their history-making Senior season Will and Dylan, along with Colby Ott, led the Jays offensive with a ground attack that was a force to be reckoned with. When the R-7 boys started running the ball effectively, they dismantled defenses. In the nine games Jefferson won on their way to the State Semi-Finals, they crushed their opponents by an Avg of 32 points per game. If wasn’t for perennial powerhouse Lamar, the R-7  backfield trio would have given them a legit shot at winning State.

These two guys have a laundry list of accolades, but if we can add one more to their already burgeoning trophy case… it’s being part of the inaugural Ameritime Sports Family!

Congrats to both these young men on their future endeavors. Even though you’re taking the next critical step in the journey of life experience, we know you’ll still be coming back to your family.

And we’ll be there in the stands right next to ya.

After Monumental Season, Blue Jays Football Sends Two of Their Best to the Next Level