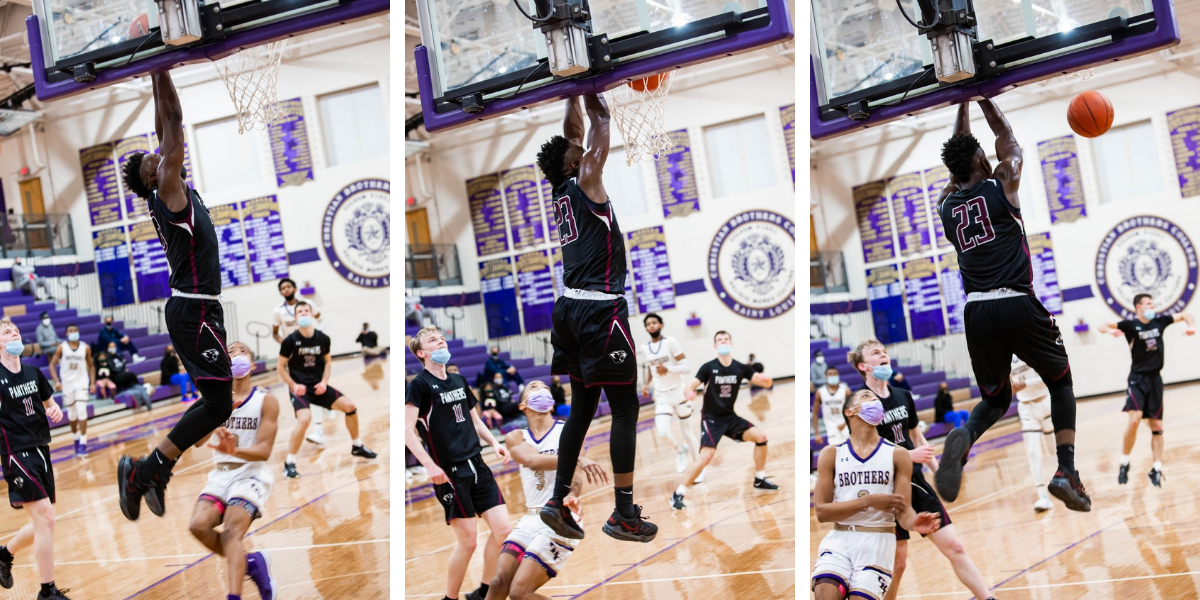 Do You Believe in Pandemic Miracles?!! South Iron Takes Down CBC!!!

The South Iron Panthers accomplish the unthinkable as they take down the Class 6 CBC Cadets with an incredible win and a story for the ages in the school’s history.

The South Iron Panthers know they are a team to be reckoned with.  That’s why Head Coach Dusty Dinkins has pitted them against so many formidable foes this season.  It would have been an easy, ho-hum road to just play the division, but the boys from Annapolis, MO know that they have to expand their portfolio if they want to truly be recognized.

In good turn, they took on the Cadets of CBC, a Class 6 juggernaut, that they have “no business playing”.

Well, their efforts and their vision have not gone unnoticed.

On the trip to Christian Brothers College… they accomplished the unthinkable.

In an insane back-and-forth on the hardwood, the Panthers came from behind to beat the Cadets 38-35 on their home floor this Saturday.

The Panthers seem to accomplish more and more as the season progresses, but this win was in a league of its own. CBC is a program with multiple NBA ties. Larry Hughes Jr. (son of 13-year NBA veteran Larry Hughes), is the team’s leading scorer at 16.9 points per game.

They are led by Justin Tatum, father of St. Louis basketball legend and NBA All-Star Jayson Tatum. They also just graduated Caleb Love, the number two point guard in the country, according to 247 Sports, and sent him to the University of North Carolina to play under NCAA basketball royalty. Yes, of course we mean, Head Coach Roy Williams.

CBC is 10-2 on the season after Saturday. Their losses are to perennial St. Louis High School Basketball powerhouse Chaminade…

The South Iron Panthers dominate their schedule every season, but took it upon themselves to take it up a notch this year. They scheduled teams like Cardinal Ritter and Vashon, to truly test what they are capable of achieving. They were the first Class 1 team to beat a Class 6 in Missouri history when they hosted Waynesville this season, and nearly beat Class 6 powerhouse Helias (Jeff City) earlier in the year.

After a win of this magnitude, there is no question the Panthers are a force to be reckoned with. They are now 15-3 on the season and have won their last seven games in a row. This small school from Class One District 3 is on a mission to prove themselves.

CBC is a Class 6 school that is not used to seeing teams like South Iron. The Panthers fell behind early, but played their brand of basketball, stuck together and pulled out one of the most impressive wins in their school’s history.

There is something truly special about this team and this town. The way they come together and defeat the odds is remarkable. Not to say that a town of 300 vs a general population of 2.3 million is a David and Goliath metaphor…

Do You Believe in Pandemic Miracles?!! South Iron Takes Down CBC!!!