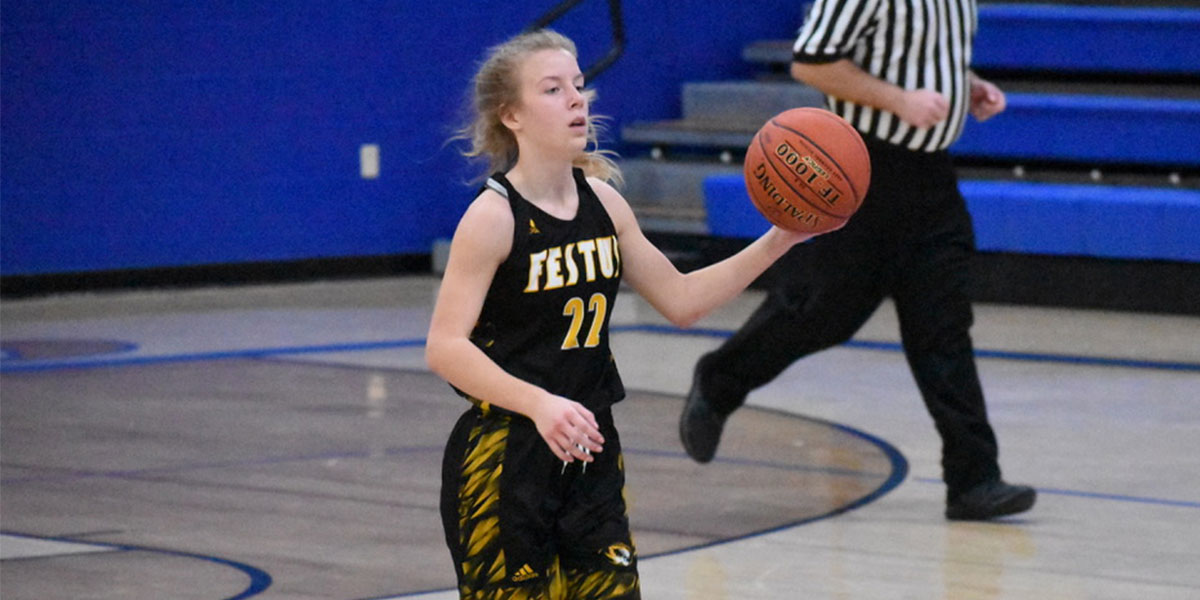 The Union LadyCats blow out the Festus Tigers 83-43 and end their four-game winning streak. Festus is 3-2 against Union dating back to 2016.

The Festus Tigers Girls Varsity Basketball team’s four-game win streak was put to a stop by the Union LadyCats on Monday, as they fell in convincing fashion 83-43. Festus is now 3-2 against Union dating back to 2016.

The Tigers struggled to get things started and Union took full advantage. Festus scored 12 points in the first quarter, but they struggled defensively. The LadyCats exploded for 33 first-quarter points and held a double-digit lead.

The second quarter was more of the same. Union began to pick up their defensive intensity and did not slow down scoring the ball. Festus only managed to score five points. The LadyCats piled 25 more points on to their total, and the Tigers trailed 58-17 at halftime.

Festus gathered themselves and made some adjustments at halftime. The second half was a lot closer of a contest. The Tigers scored 12 in the third, but Union edged them out in the quarter with 13 points of their own. Festus finally outscored Union in the fourth quarter, but it was too little too late. The LadyCats won 83-43 and sunk the Tigers’ record to 5-6.

“They’re definitely the best team we will play,” Mya Courtois said after the loss. “We played a good game even though the score doesn’t show it.  We could have watched the fouls we were giving up and set up our plays better.”

The Tigers were rolling before ramming into the wall that is the Union LadyCats, as Festus started the season poorly but battled to get their record back to .500. The Tigers hope that this was just a hiccup in what looked like a season that was turning over a new leaf.

Their next challenge comes against the De Soto Dragons on Thursday, Jan. 28, where they will look to get back to .500 basketball.