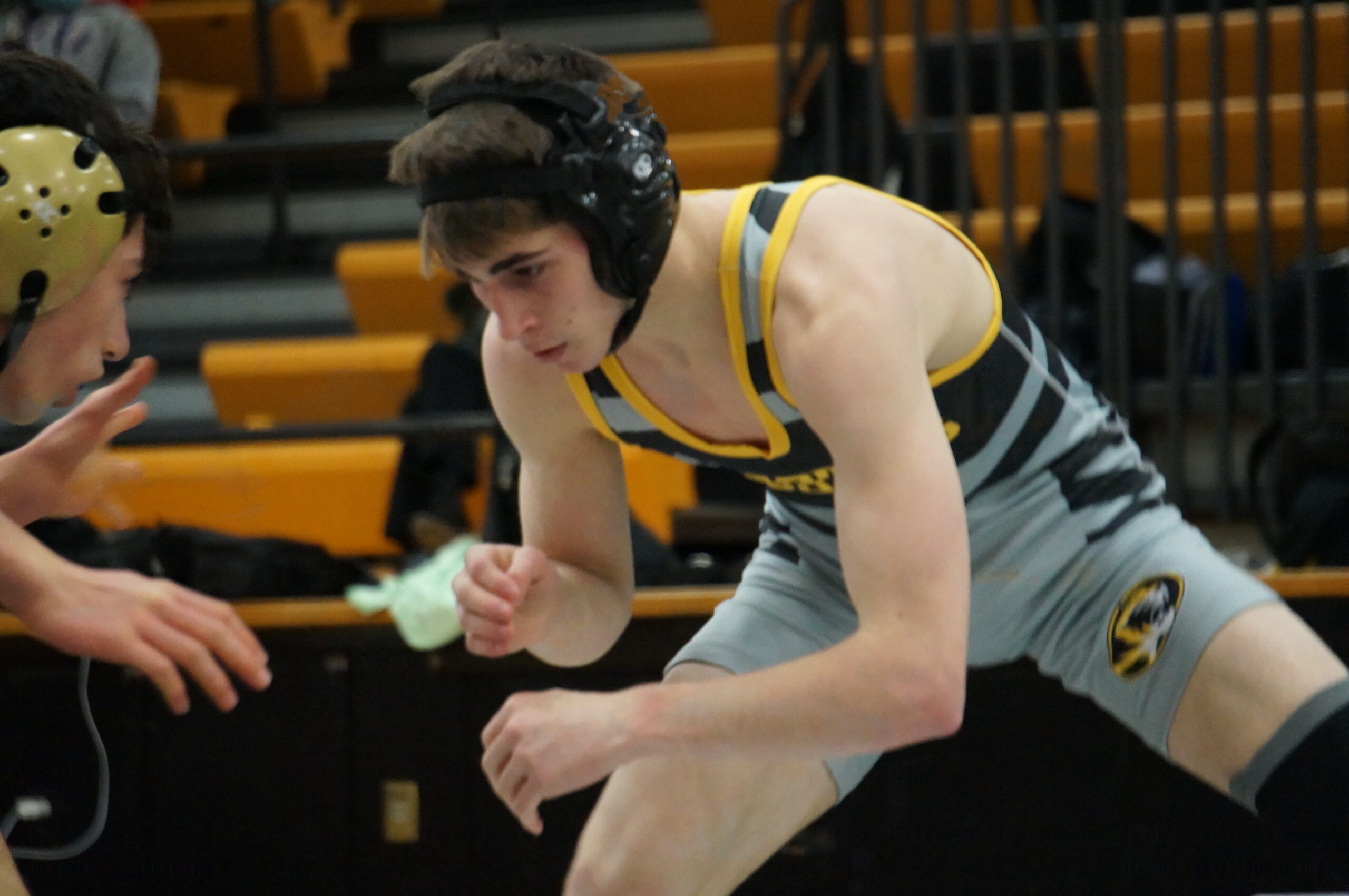 Tiger Wrestlers Show Their Stuff Against North County and Potosi

The Festus Tigers Boys Wrestling team goes 2-0, while the Girls team splits 1-1 against North County and Potosi. Both squads wrestled well and are hungry for districts.

On Wednesday, January 20, both the Festus Tigers Boys and Girls Varsity Wrestling teams competed in back-to-back duals against North County and Potosi. The Boys team knocked off both schools, but the Girls team went 1-1 beating Potosi and losing to North County.

In the first dual, the Boys team defeated North County 40-30. There were eight contested weight classes, of which Festus won three. However, due to the forfeited weight classes, Festus took the dual. In the 113 lb. weight class, Austin Neff started off the night with a major decision victory, 13-1. Carter Wallace, at 120, won by pin in 1:51. Andrew Nahlik, at 126, pinned his opponent, a state qualifier from last season, in 1:21.

A. Nahlik noted that he is still improving, and training hard. He said, “I’m working on bottom position and conditioning a lot, to get ready for districts.”

On the girls side, North County defeated the Tigers 30-12. There were only three contested weight classes, and Festus won one. At 112, Kirsten Klein won by pin at 3:19, coming from behind in the match.

Up next for the Girls team will be a match against Fort Zumwalt North on Saturday, January 23. Both teams will be in action on January 27, against Cape Central and Notre Dame.

Until then, Festus will keep training hard to keep the eye of the tiger.

Tiger Wrestlers Show Their Stuff Against North County and Potosi