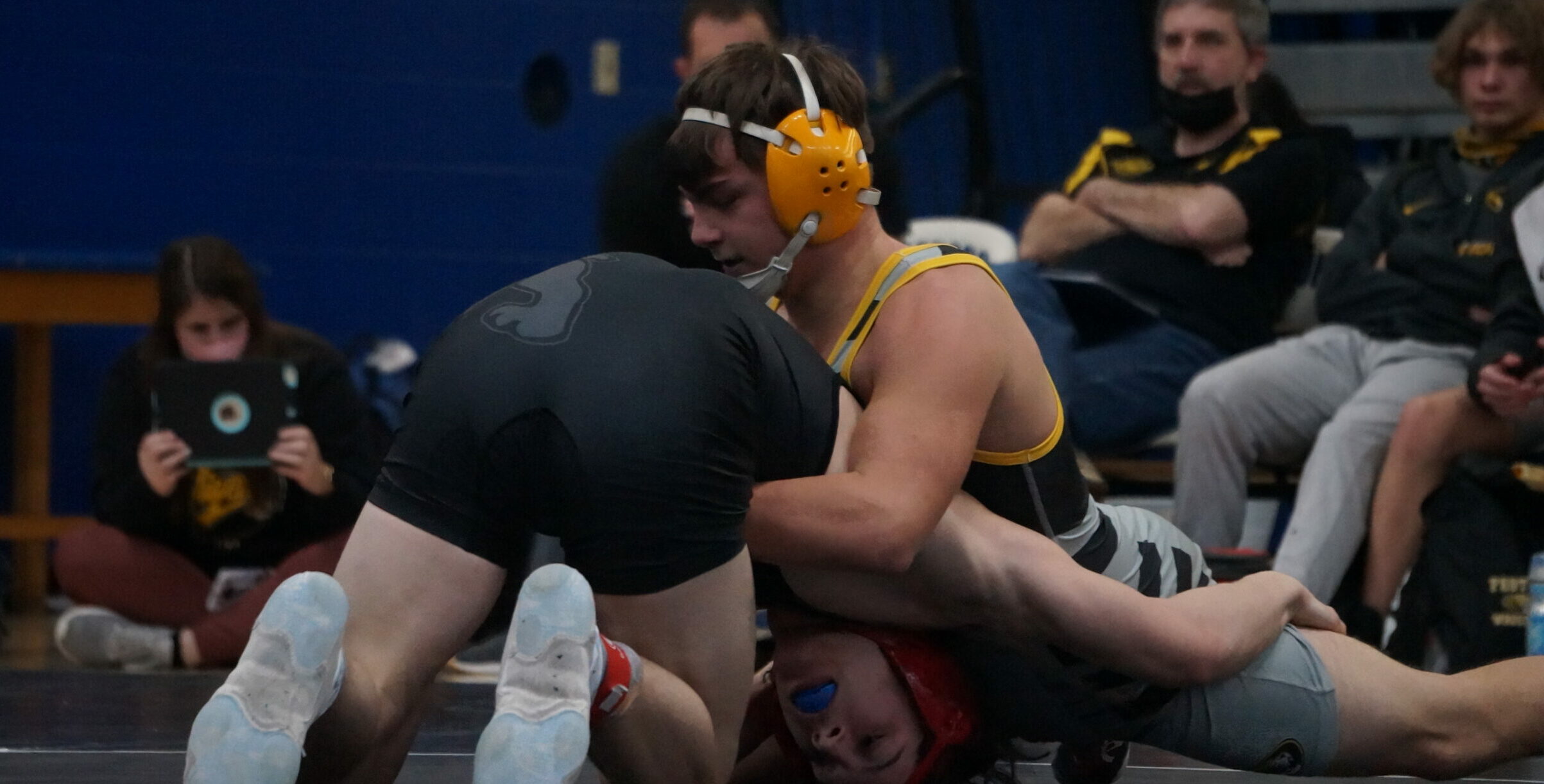 The Festus Tigers Boys Varsity Wrestling squad adds three more dual wins to their record in an effort to earn the best seed possible going into districts. Wins over Valle, Vianney and Westminster make a nice push toward that goal.

On Saturday, January 16, the Festus Boys Varsity Wrestling team challenged Valle Catholic, Vianney, and Westminster Christian Academy in individual duals. The Tigers handily won all three duals at a critical point in the season with districts just around the corner.

In the first dual of the day, Festus defeated Valle Catholic 42-36. There were seven contested weight classes, of which Festus won three. Andrew Nahlik, wrestling at the 126 lb. weight class, pinned his opponent in 1:27. At 138, Blake Sexton also pinned his opponent, in only 25 seconds. At 152, Robert Buehre won by pin in 3:00.

Even with the win, Sexton mentioned that he knows he still needs to improve, and said, “I’m just focusing on the moves I need to learn and getting better.” He also said he takes inspiration from his older brother Tyler who was a three-time state qualifier.

Coach Nahlik commented on two of his wrestlers, ” I was really pleased with freshman Chris Bentrup and Blake Sexton. Both went 2-3 on the day. All of their wins came from falls.”

In the last dual, Festus defeated Westminster Christian Academy 54-24. There were only five contested weight classes, and Festus won three. Luke Shaver, at 195, won by pin in 1:24. Bentrup, at 220, pinned his opponent in only 26 seconds. At 285, Connor Holt took only 25 seconds to win by pin. Holt mentioned his strategy, and said, “I try to stay focused and be patient.”

Coach Nahlik said that he wants his team to remember that the post-season is what matters. He said, “We always talk about districts and what it takes to win there. We constantly do self-evaluations on endurance levels, neutral position, top and bottom position.”

Next up for the Tigers is a dual meet featuring Potosi and North County on Wednesday, January 20. With only three weeks remaining in the season, every match is an opportunity to improve and build towards a better district seed.