The Lady Hawks struggles continue but one thing is for sure, it’s not from lack of effort. They’ve been on the brink of a winning streak lately, but it’s turned into a losing streak. Thursday night was no different, as a late fourth quarter comeback by Festus led to the Hawks falling 39-36 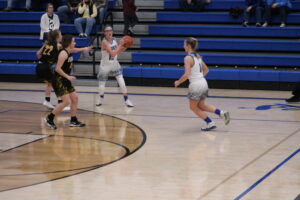 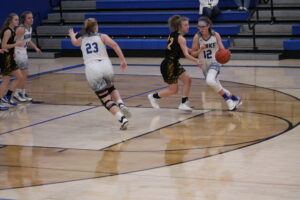 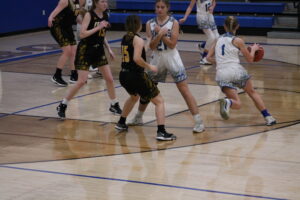 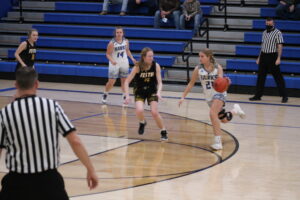 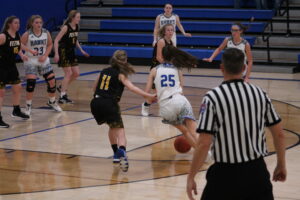 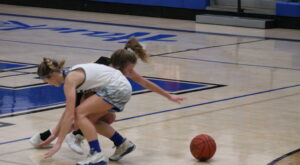 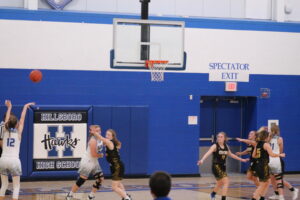 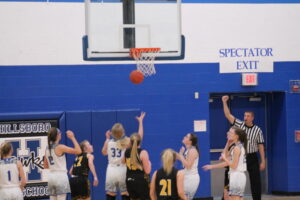 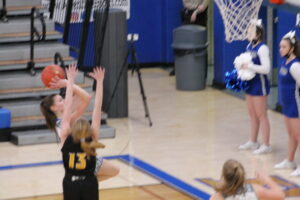 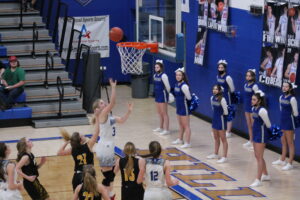 The Hawks were ready to go Thursday night, and as the game got underway the Hawks seemed to regain their intensity. Hillsboro won the tip-off and started up the offense, giving them openings to drive to the basket. Those takes would earn the Hawks the chance to take shots at the charity stripe early, with Kaylee Hilton sinking two getting Hillsboro on the board.They Hawks offense was executing and they picked up good buckets as the quarter went on. On defense, the Hawks did a great job of keeping Festus out of the paint and made them earn every outside shot they took.  Things were going as planned for Hillsboro as they went into the second quarter with a 10-8 lead.

Festus fingered out the Hawks offense and managed to slow things down at the start of the second quarter, but it didn’t last long. Hillsboro responded by attacking the basket with different plays, keeping the Tigers on their toes. Despite a lack of rebounds, the Hawks made up for it by getting hands on passes and tying up loose balls. Defense was also spot on, with the posts doing an excellent job of stopping drives down low. Halftime arrived with the Hawks in the lead 16-12.

“I feel like as a team we played really good defense and really helped on help side well,” Maddie O’Neil said. “But one thing we lacked was rebounding. We let them get their own rebounds and score right in front of us.”

The third quarter started just as strong as the previous two. Festus came out with a press, hoping to catch the Hawks off guard. Hillsboro managed to shake the pressure for the most part, marching the ball down the court to start up the offense. Sizing mismatches would help the Hawks add ten more points to their total for a 26-22 lead heading into the final quarter.

Fourth quarter proved to be a back and forth battle to the end down to the final buzzer. The Tigers defense finally found success with the press and it put the Hawks in a rush, that led to fundamental mistakes. As turnovers accumulated, Festus tied and eventually took the lead 30-27 with less than four minutes left.

The Hawks weren’t out of it yet with a big bucket from Kayla VanHorn, bringing it to 30-29. Festus wouldn’t back down and  responded by draining a bucket of their own. VanHorn would later head to the line to bring the difference to a basket, and with a good bucket by Hailey Genge, that difference disappeared as the Hawks led 33-32.

Festus would tack on three more points for a 35-33 lead with a minute to go, yet they fouled VanHorn who once again put the game in reach by draining a free throw. Then, almost immediately after, Festu committed another foul, this time on Zoe Wood brought the game to 35-34.

The Hawks had no intentions of losing and put their own press to work. Unfortunately, Festus added another three points in spite of the Hawks press, leaving 30 seconds on the clock. Another foul on Wood would send her to the line to sink her two shots to make the score 38-36, this brought  potential overtime in reach with 18 seconds left.

It was all going according to plan until a foul sent the Tigers to the line for an extra point. The Hawks raced down the court, trying for a three, but the shot didn’t fall, handing them a 39-36 defeat.

Even if the result wasn’t what the Hawks had hoped for, it was a well-played game regardless. Hillsboro would see Dyllan Day and VanHorn break double digits with 13 and 12 points respectively, Hilton with six, Wood with three, and Genge with two.

The Hawks now look ahead to a game against Jefferson R7 and know they have to improve. “I think our defense has been really good but our offense is struggling,” Bailey Scallet said. “We need to get more passing in and look to drive to the basket more and avoid turning the ball over.”