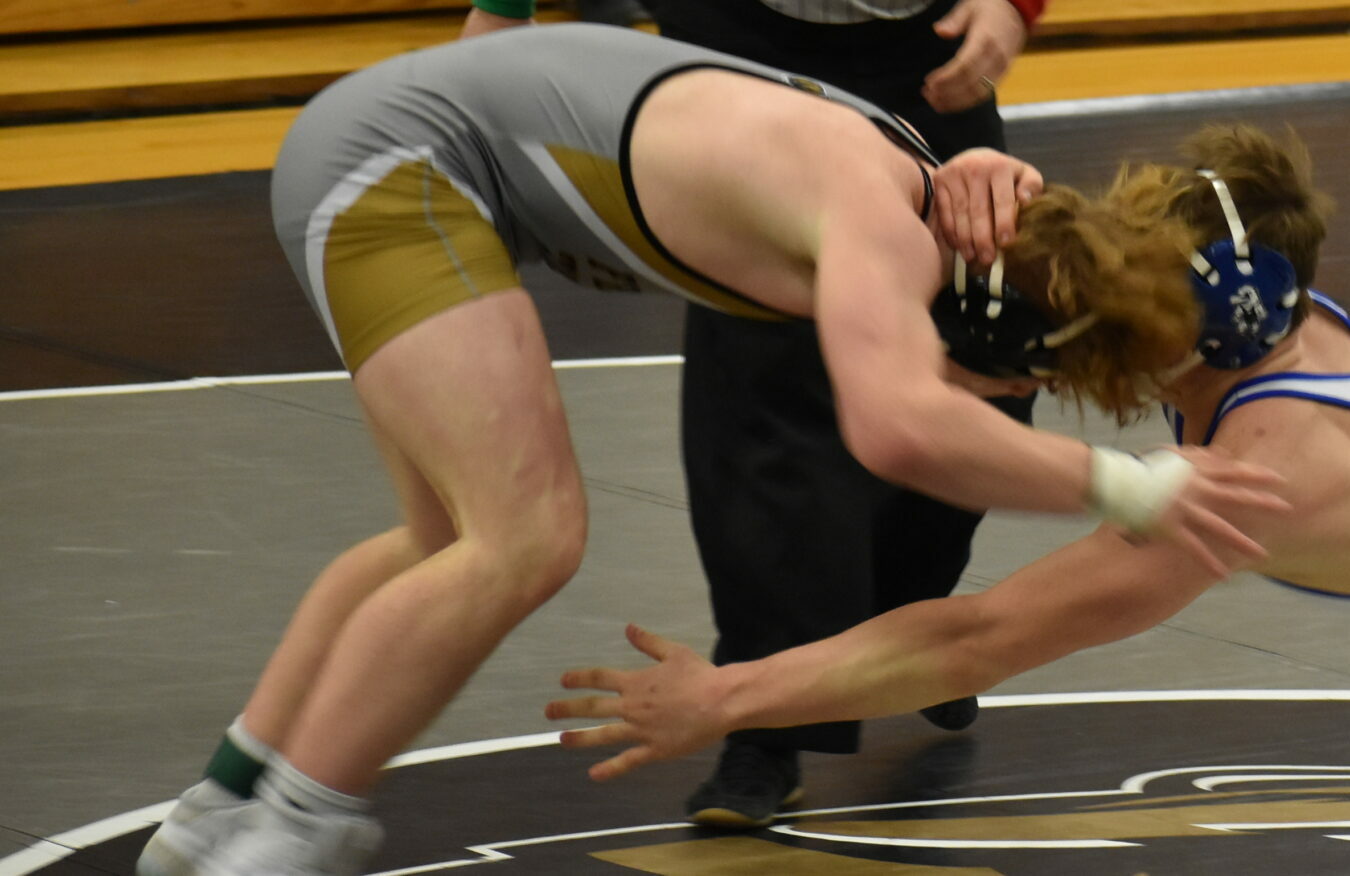 The Festus Tigers Varsity Wrestlers knock off Webster Groves 48-30, but fall to Vianney 44-28 in a well fought dual competition.

It was another tough night of wrestling competition for the Tigers of Festus. Facing off against the Statesmen from Webster Groves, and the Griffins from Vianney proved to be a challenge for the Festus Varsity Wrestling squad. The Tigers managed to bump off the Statesmen, but were defeated by the Griffins. Their record is now 10-8-1.

Festus first defeated Webster Groves 48-30, by winning two out of the five contested weight classes. At the 138 lb. weight class, Blake Sexton pinned his opponent in 1:12, while Lucas Mercurio, at 145, earned a pin in 45 seconds. After adding in the forfeited weight class points, Festus was victorious.

Next, Vianney defeated Festus 44-28. Of the eight contested weight classes, Festus won three. At 126, Andrew Nahlik was dominant immediately, pinning his opponent in 18 seconds. Then at 195, Luke Shaver won a major decision 15-2. At 220, Christopher Bentrup earned a pin in 1:36.

There were also two exhibition matches, of which Festus won one. Wrestling at 145, Dawson Tucker pinned his opponent in 1:25.

On the girls side, the Tigers defeated the Statesmen 15-12. The one contested weight class, 127, was won by Lauren Mills of Festus by decision 5-2.

It’s been a gritty and gutsy season by the young Tigers, both boys and girls. They’ve managed an admirable and respectable record thus far with some unseasoned wrestlers.

As the season rolls on, the team will be in action tomorrow, January 16, in a six-way dual event.