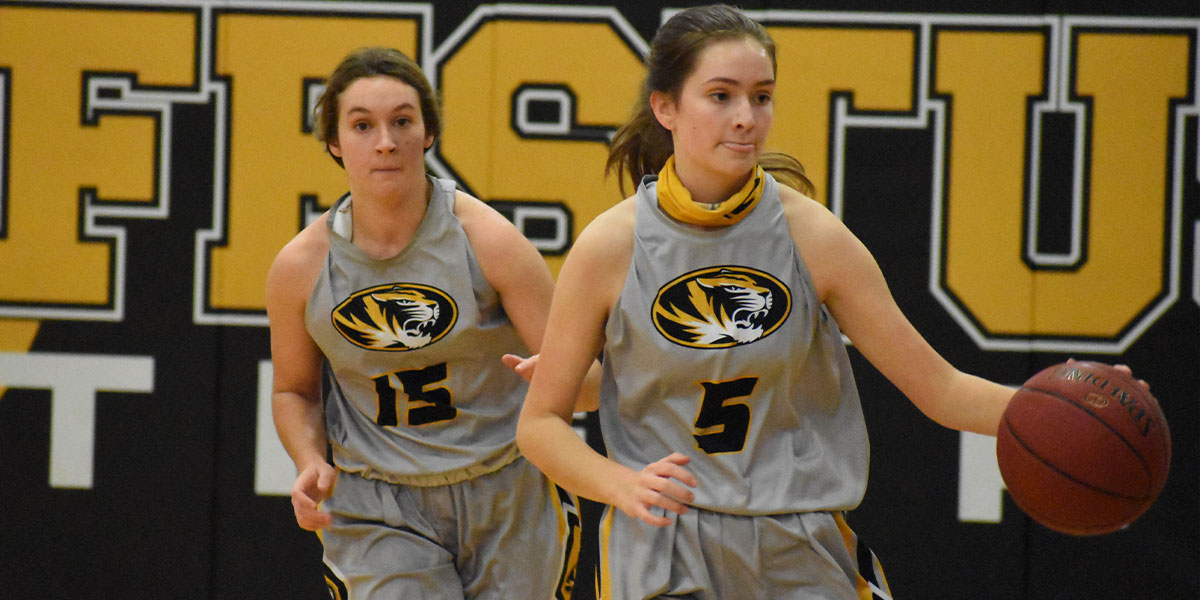 The Festus Tigers secured their third win of the season Tuesday against the Seckman Jaguars. The Tigers beat the Jaguars eight consecutive times dating back to 2015.

The Festus Tigers picked up their third win of the season Tuesday night against the Seckman Jaguars. The Tigers beat the Jaguars eight consecutive times dating back to 2015.

Festus picked up their second win of the year in a solid effort against Mehlville last week. They were able to build on the positives from that game and roll them over into their matchup with Seckman.

“We have been moving the ball a lot better the past few games,” Josie Allen said. “The ball movement has really helped us in getting good shots off.”

Festus came out of the locker room and continued to keep the pressure on. They scored 13 more points in the third and kept the defensive pressure on Seckman. The Jaguars could only manage eight points in the quarter. The Tigers led 41-27 going into the final eight minutes. Seckman was able to outscore Festus in the fourth but it wasn’t enough. The Tigers secured a 48-38 victory and their second win in a row.

“We’re really just coming together as a team at this point,” Allen said. “We’re hoping to get some more wins under our belt.”

Allen got what she wanted all night. She led all scorers with 26 points. This was her third 20 point game of the season. She also had seven rebounds and four steals. Mya Courtois finished with 12 points and made one shot from three-point range. Emily Holt and Lily Knickman each scored four points. Holt also had four rebounds and two steals. Tristan Foulk had a basket as well.

“We started to play as a team and talk more,” Courtois said after the win.

Wins are often a direct result of a team meshing together. This team is continuing to grow together on both ends of the floor and wins are looking like a direct result of that. Festus’ next challenge is Hillsboro. The Tigers play the Hawks Thursday, Jan. 14.