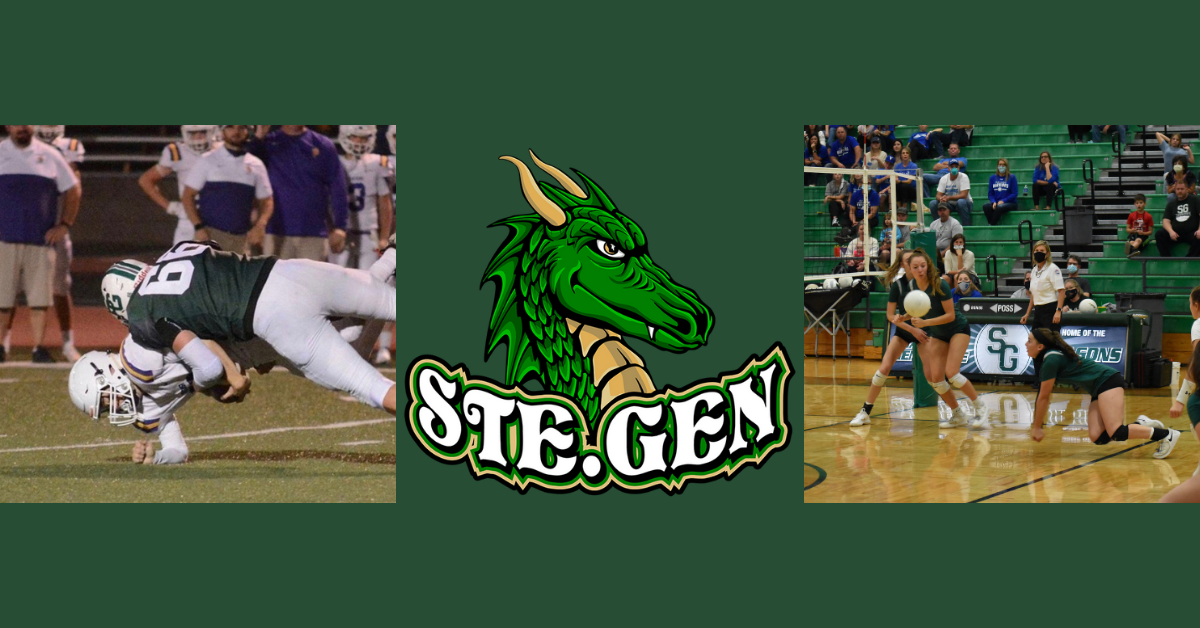 Brittney Kreitler and Dale Propst are the inaugural Ameritime Sports award-winning athletes for the Fall Season. Congratulations to these fine young athletes on an incredible year and a job well done.

Sure, it’s not the ESPY’s, but we at Ameritime Sports figured it was high time to start shelling out accolades of our own.  We cover such a broad stretch of profound and talented athletes that we felt those that truly go above and beyond deserved a little extra recognition.  So without further ado, here are your inaugural Ameritime award-winning athletes for the Fall Season at Ste. Genevieve High School. 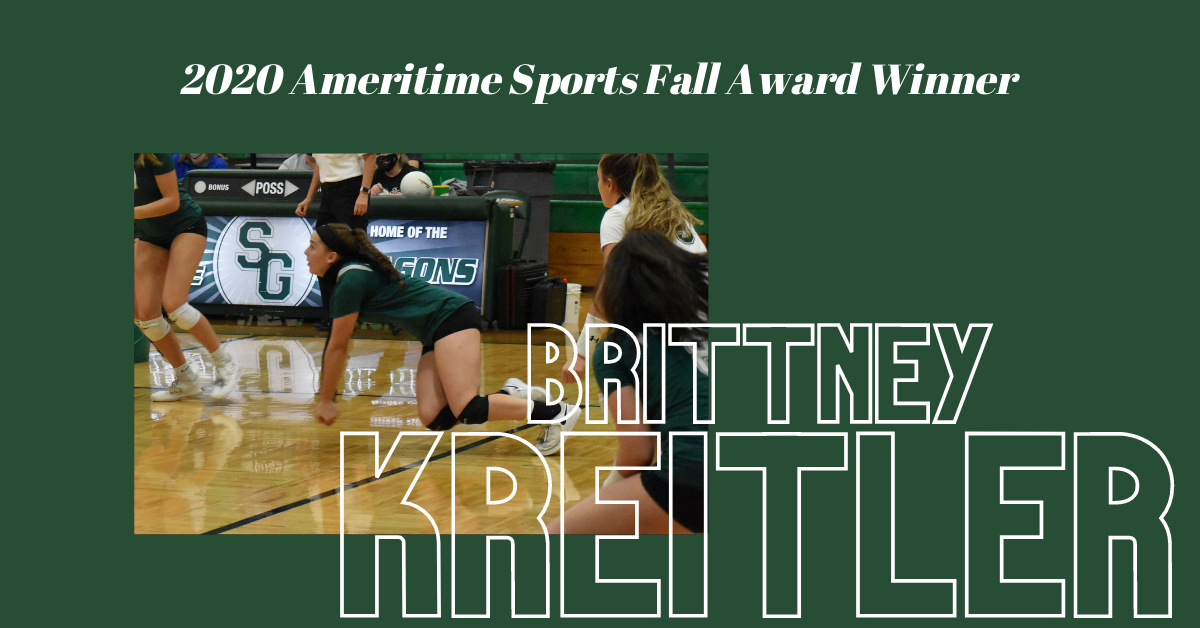 The Senior heavy-hitter for the Ste. Gen Dragons did it all this year, making a Swiss Army Knife seem like a one-trick-pony.  Kreitler tore up the hardwood in her 69 sets played this season, compiling 19 aces, 146 digs, 35 kills and… wait for it… 715 assists.  That breaks down to 10.4 assists per set, which, if you don’t know anything about volleyball, is impressive on a level that would make a monk break his vow of silence.

Kreitler’s performance this season earned her the Heart and Hustle and Overall MVP awards.  Not to mention she was bedecked with 1st Team All-Conference and All-District honors, and a KTJJ Dream Team selection.

Her Coach Carla Basler had this to say about her performance, “Brittney was an extremely hard worker and gave it her all both in practice and during games. She was extremely smart with the volleyball and understood how to draw blockers to create splits for our hitters, so was also very smart in knowing who to give the ball to and when to dump the ball. Her ability to move the ball around made it difficult for our opponents to “cheat” early on any blocks. Brittney was also a very positive teammate and truly everything that a coach looks for in a leader on and off the court.”

Congrats Brittney on an incredible and unforgettable season. 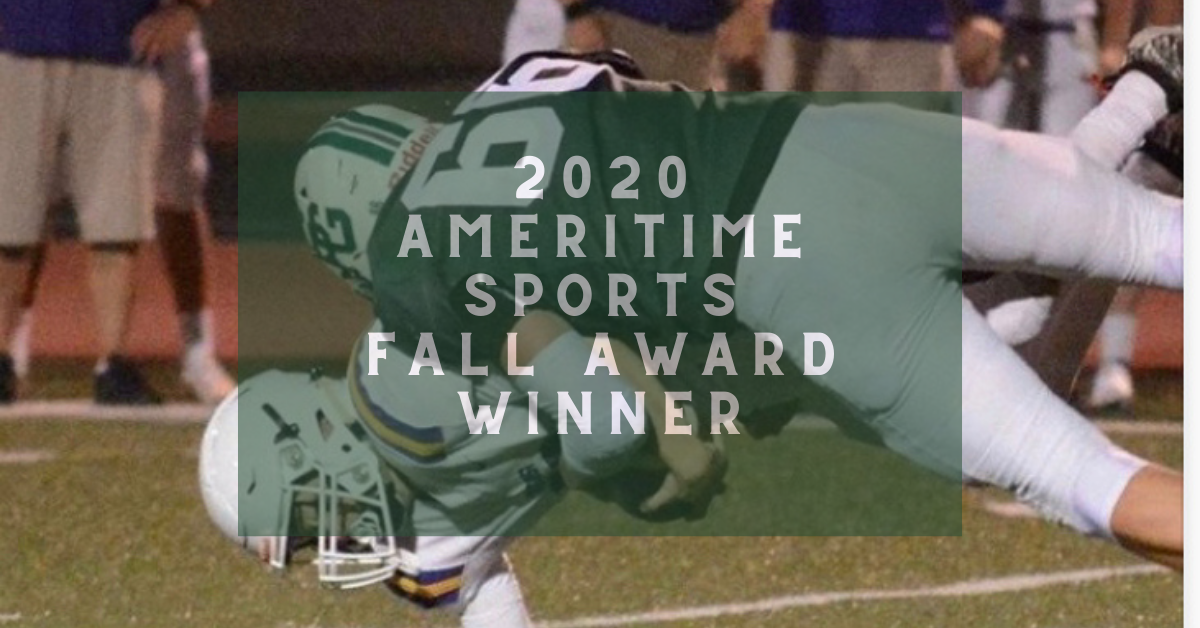 It takes a special type of athlete to be able to so ferociously protect his own quarterback, and then turn around minutes (sometimes seconds later) and absolutely destroy the one that is heading in the other direction.  Fortunately for the Ste. Genevieve Dragons, this was something that Junior Lineman Dale Propst did exceptionally well.

A cavalcade of blocks and hits, in defense of his offense (while tearing down that of his opponents) earned Propst a litany of awards this season.  Not to mention he racked up 49 tackles (nine for a loss), a forced fumble and a pair of sacks.

As for the aforementioned hardware, he was:

His Head Coach Kenneth Weik had nothing but high praise for Propst, and his lauded words certainly helped back up Dale’s list of achievements.

“Dale was our most valuable lineman, on the field and off. He is not a real vocal person, but he leads very well by example. He always takes the time to help his teammates out and his work ethic is second to none. He won our hog of the week award 3 times this season. His teammates voted him the best Offensive and Defensive lineman on the team this year, and he also was given the hustle award by his teammates. Personally, Dale is a great young man. He is very hard working both on the field and in the classroom. He is detail oriented and he is a very kind person. Dale is the kid who makes everyone around him better all the time.”

Sounds like this gentle giant is a bit of a silent assassin as well… and an absolute beast on the turf.

Congrats Dale on an incredible and unforgettable season.