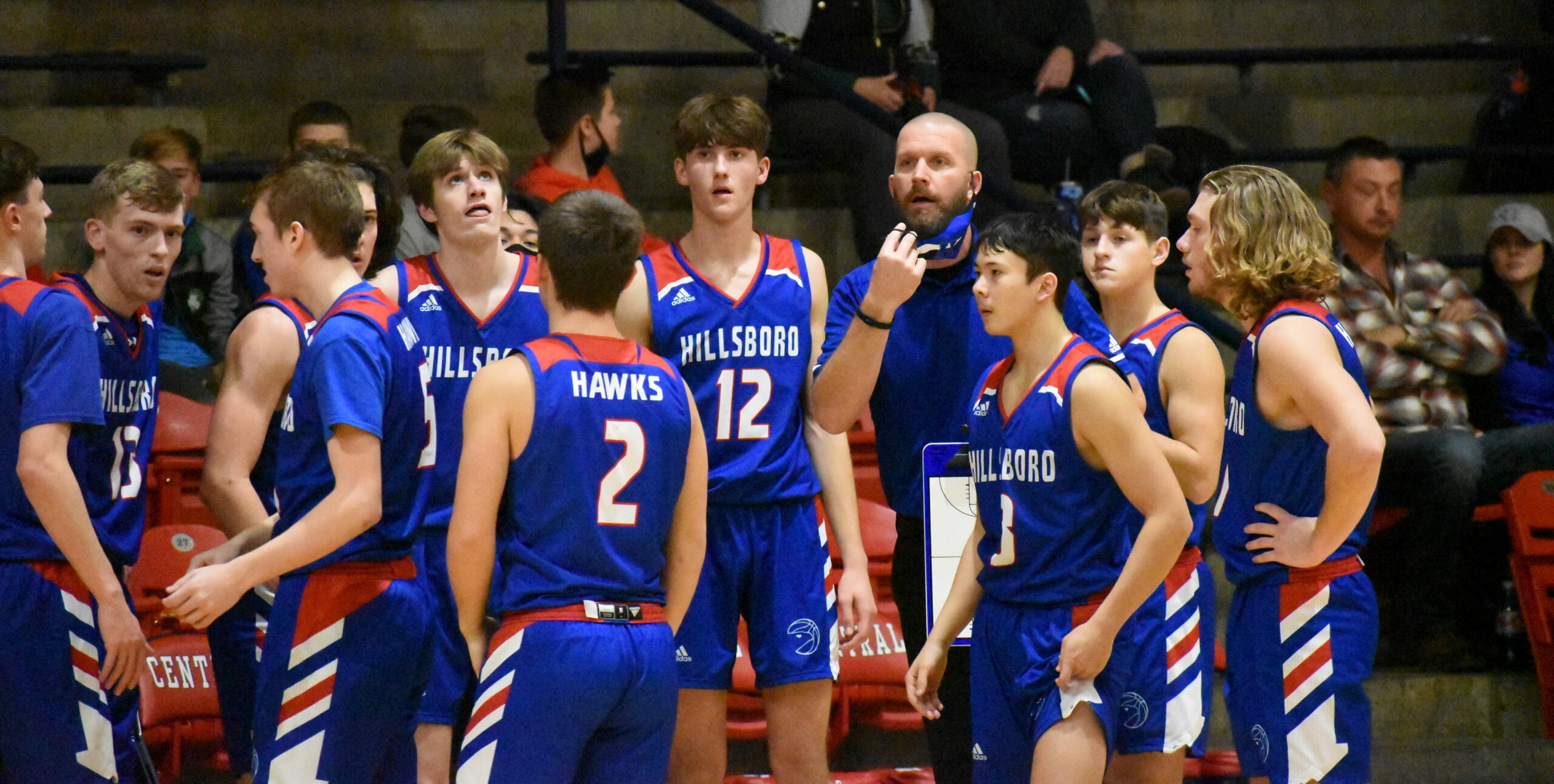 The Hillsboro Boys Basketball Team is off to a hot start in the New Year, going 2-0 in 2021. Led by Zach Whaley, who has been a beast, averaging 19 points per game.

The Hillsboro boys basketball team used a fourth quarter outburst to win its second straight game on Friday night after coming away with the 60-52 win over Windsor.

After a quarter of play, the Hawks led 17-12 over the Owls. However, Windsor responded with a 14-13 advantage in the second to trim the deficit down to 30-26 at the break. Zach Whaley was unstoppable in the first half accounting for 15 points.

Things continued going the Owls way in the third as they outscored Hillsboro 17-11 to lead 43-31. In the fourth, the Hawks offense found its scoring touch with Whaley leading with seven points as the defense limited the Owls to just nine en route to the eight-point win.

Coach Dan Johnson noted after the game that, “Focus and effort from everyone on the defensive end has been key for us lately, and with that allows us to play with more freedom and trust in each other.”

The Hawks shot 51.2 percent from the field and were led by Whaley’s season-high 25 points on 7-of-13 shooting. “Zach has been doing exactly what we expect of him and what he is capable of, while not forcing the issue” mentioned Coach Johnson.

Noah Holland added 13 points on 5-of-12 shooting, while Logan Smith tied his season-high with 12 points.

Windsor got an outstanding performance from Sonny Amabile finishing with a game-high 27 points and went 9-of-10 from the free throw line.

Hillsboro is now standing at 5-7 on the season and return to action January 12th when they’ll host Potosi. Tip-off at 7 p.m.