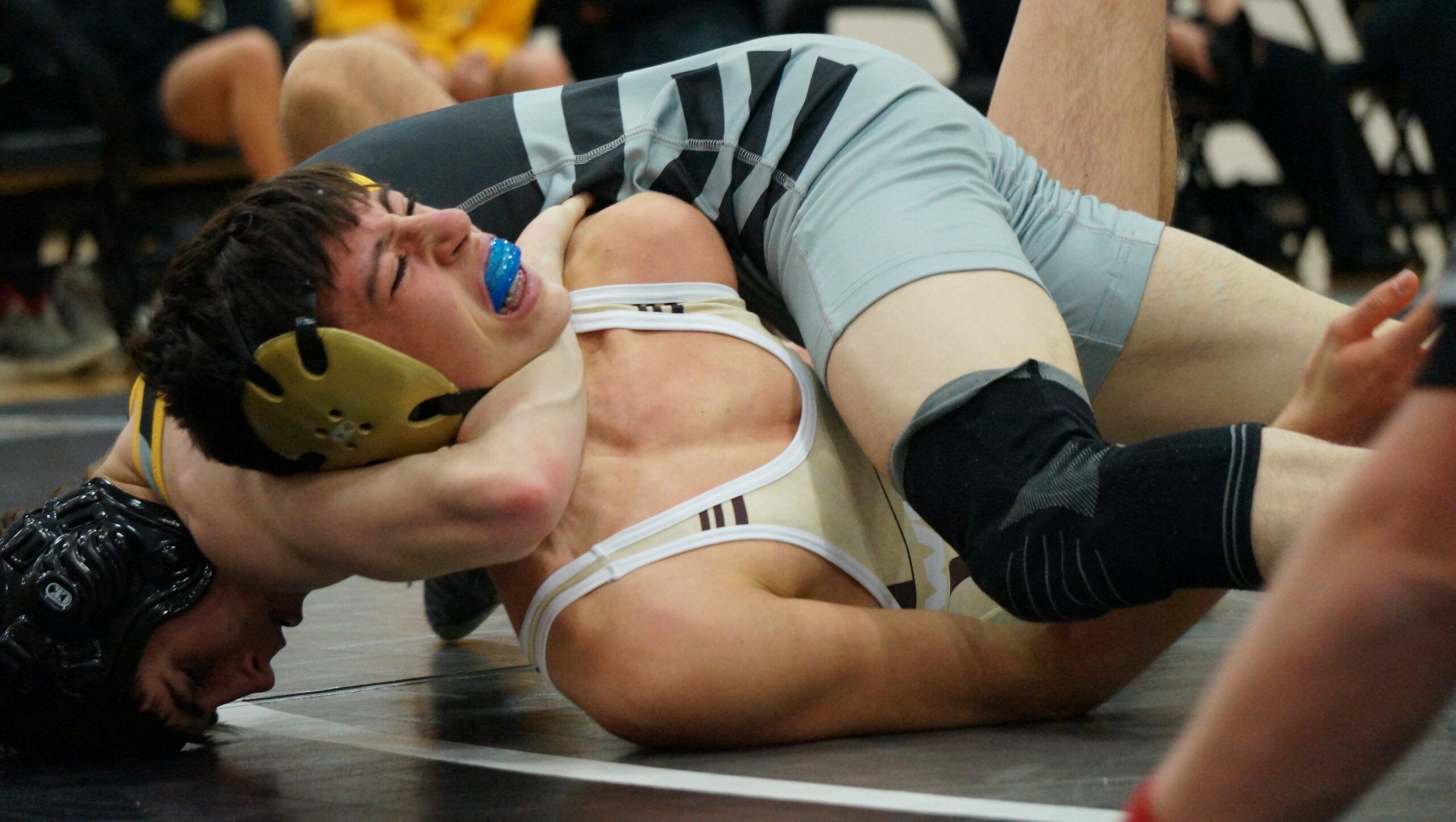 The Festus Tigers Boys Varsity Wrestling team finishes 1-1 after a night of tough wrestling competition, beating Herculaneum, but falling to Windsor on a tie-breaking technicality.

Head Coach Jason Nahlik sees a lot of potential, and said, “A lot of our newer wrestlers are making big improvements on the mat. They are coming out and being aggressive. They still make mistakes because they are new to the sport, but they are definitely headed in the right direction.”

In the first dual, Festus defeated Herculaneum by the score of 42-27. Of the six contested weight classes, Festus won three, all by pin. Blake Sexton scored the first pin of the night at the 138 lb. weight class in 1:30 of the match. Lucas Mercurio, at 145, was next and also earned a pin, in 2:48. The last pin of the match was by Robert Buehre who won in 3:37. Those three wins combined with the forfeited weight class points made the difference.

In the second dual, Festus lost to Windsor (Imperial) 42-42 after going to the fifth tie breaker, which was the number of forfeited weight classes. Of the seven contested weight classes, Festus was victorious in four, all by pin. Coach Nahlik commented, “We won more matches, but we had more forfeits. Sometimes that’s just the way things go.”

A. Nahlik says he is ready for more, and commented, “Right now I’m just focused on getting back to work and getting ready for the tournament tomorrow.”

Coach Nahlik believes in his team, despite their youth, and said, “We will keep differentiating our practices to help with the vast differences from our experienced wrestlers and our beginners.”

The Tigers will be in action on Saturday, January 9, at the Rebel Invitational.