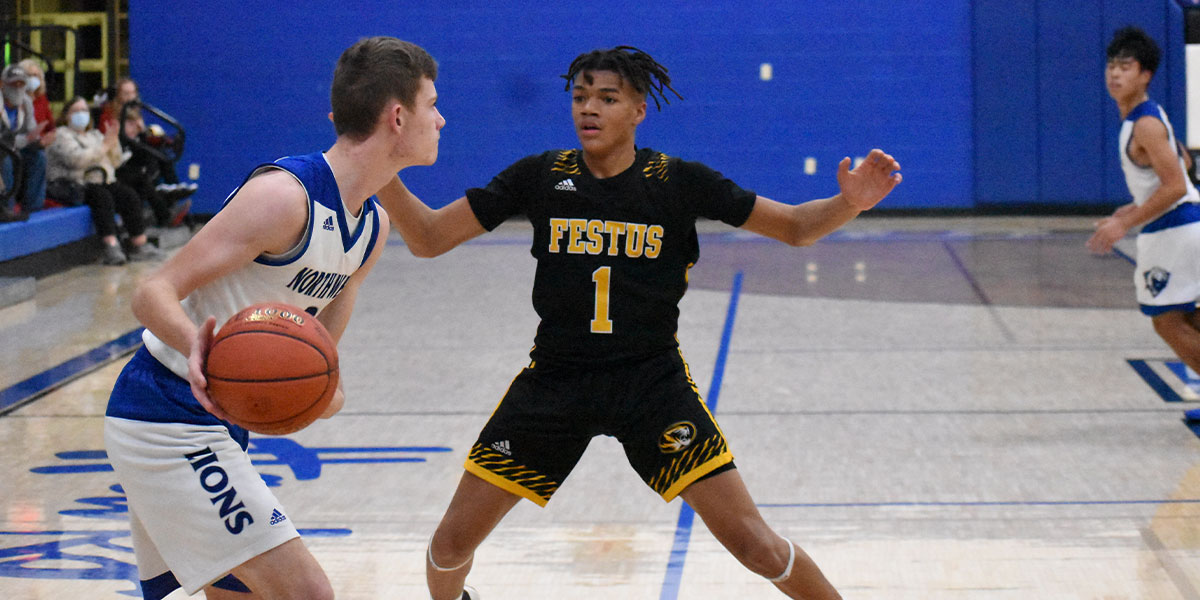 The Festus Tigers beat the De Soto Dragons for fifth place in the Park Hills Christmas tournament. They went 3-1 in the tournament with wins over De Soto, Ste. Genevieve and Fredericktown.

The Festus Tigers beat the De Soto Dragons 63-46 on Thursday to lock up fifth place in the Park Hills Central Christmas tournament.

Festus has had the upper hand on De Soto the past few years. The Tigers have won six of their last seven matchups with the Dragons. The win bumped the Tigers’ record to 8-3 on the season.

“I think we performed well as a team,” Arhmad Branch said. “Everyone was rebounding and we were sharing the ball and the score speaks for itself.”

Branch had seven points and dished out six assists. He continues to excel at distributing the ball to his teammates.

Collin Weinhaus had his best game of the season and scored 21 points. He had the hot hand from three-point range and shot 6-9 from beyond the arc.

“We moved the ball around well and got stops when we needed them,” he said. “I feel great about how we performed as a team in the tournament. I think we can use this as some momentum headed into some conference games.”

Any tournament is a test to how quickly teams can adjust to different competition due to playing multiple games in only a few days. That combined with schedule changes because of COVID provided the Tigers with a unique tournament experience.

“We really just needed to grind it out as it was our third game in three days,” Cole Rickermann said. “We just needed to come mentally focused to be successful. I think we proved we are a competitive team that can play with lots of teams.”

Among the other key contributors was Desmond Davis. He shot 3-6 from the floor and scored nine points. JD McDowell shot 4-9 from the floor which was good enough for eight points. Collin Reando also contributed six points.

Festus went 3-1 throughout the Christmas tournament with wins over Fredericktown, Ste. Genevieve and De Soto. Their only loss was to the tournament’s number one seed and back-to-back tournament champion, South Iron.

The season obviously hasn’t been perfect, but the Tigers definitely started off their season off on the right foot. They sit at 8-3 and look to continue their success into the new year and more importantly, conference play. Festus’ next test will come against a familiar opponent. It is a rematch with De Soto on Tuesday, Dec. 5.