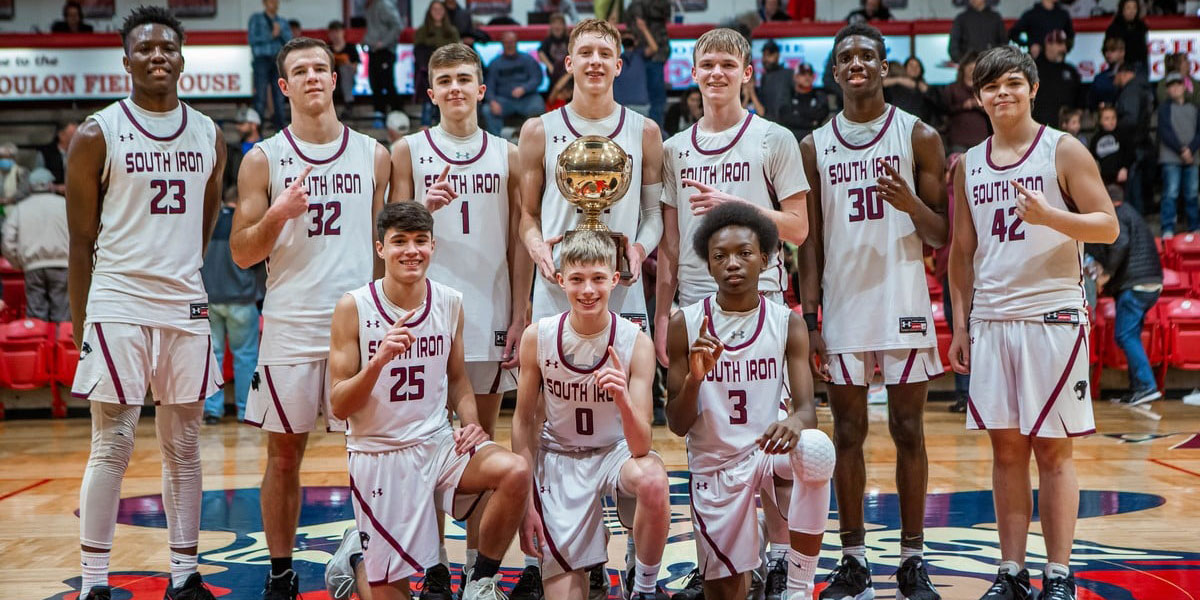 The South Iron Panthers took down the Park Hills Central Rebels 63-43 and were crowed back-to-back Christmas tournament champions. They are now 9-2 and head into the new year on a 4 game winning streak.

South Iron met the Park Hills Central Rebels last year for the first time since 2012 in this same tournament. The Panthers won 73-57.

South Iron struggled in the first quarter of their previous game against Farmington, and they made sure that was not going to be the case again. The Panthers’ defense was suffocating early. They only allowed nine points to the rebels in the first quarter while they scored 20 of their own. South Iron went into the second with an 11 point lead.

The Rebels made some adjustments and began to find some success offensively. The Panthers’ attack fell off a tad from the first quarter. Park Hills outscored them in the quarter but could only slightly cut into the lead. South Iron led 33-23 at the half.

The Panthers clamped down defensively in the third. The Rebels could only muster up eight points in the quarter. South Iron scored 16 and held a 49-31 lead going into the final quarter. The Rebels kept fighting but ultimately came up short. South Iron won 63-43 and took home the tournament championship for the second straight season.

“It was great to go back to back,” DJ Prater said. “Ball movement and everyone getting touches are what we did best.” 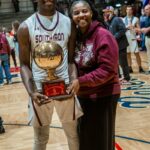 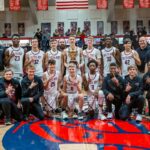 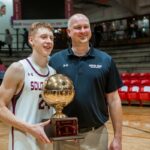 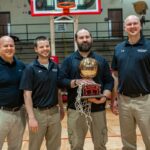 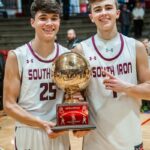 The Panthers were ecstatic with their team’s execution in this game and throughout the tournament.

“I think that we had a lot of guys make an impact on both sides of the ball,” Brock Wakefield said. “We had guys play hard and execute our gameplan.”

Prater had himself a game. He had the hot hand for the night and scored a team-high 22 points on 9-12 shooting from the floor. He also had five rebounds, two assists and two steals. Wakefield scored 16 points, had six rebounds and six assists. He averaged 20 points, five rebounds, four assists and four steals across the entire tournament. Jermarco Burse was the third and final Panther in double-figures. He had ten points and seven rebounds.

“I felt like we went through some adversity. ” Drenin Dinkins said. “We responded well and came together as a team. It feels great to make history with my guys.”

Dinkins had himself a strong tournament as well. He averaged 16 points, three assists and eight rebounds through South Iron’s three games.

Wakefield had similar thoughts. This is his senior season and the last time he will take part in this tournament as a Panther. He credited his team’s work ethic for their tournament success.

“It feels great,” he said. “We have a great group of guys who have worked really hard so it was nice for the hard work to pay off. It meant a lot to be able to make history with this team.”

The Rebels were 8-1 before this game and the Panthers handed them their second loss on their own floor. South Iron now sits at 9-2 and heads into the new year on a four-game winning streak. They lived up to their potential and rolled through this tournament despite COVID doing its best to derail it. The Panthers’ season rolls on. Their next test is  Monday, Jan. 4 against Cardinal Ritter.