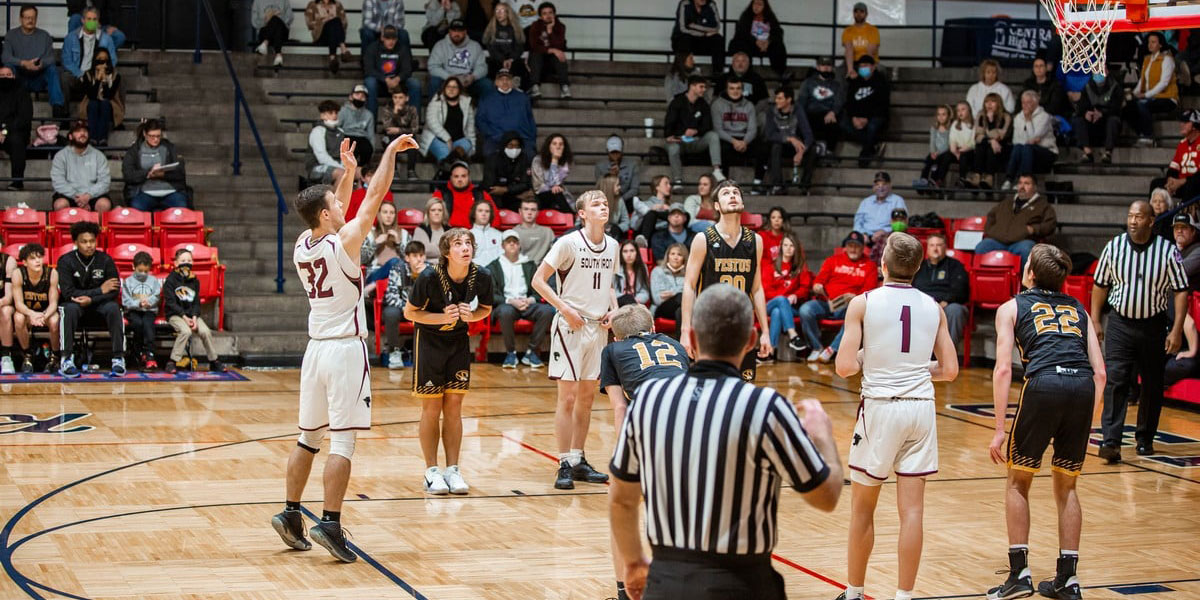 The South Iron Panthers beat the Festus Tigers and the Farmington Knights to put themselves in the Park Hills Christmas Tournament championship game for the second year in a row. They won the championship last year and will look to make it two in on Thursday.

The South Iron Panthers beat Festus and Farmington in their first two games of the Park Hills Christmas tournament.

South Iron took control of the game from the opening tip. They started the game on a 13-0 run. Festus struggled immensely early in the game and did not register a single point until almost halfway through the first quarter. They felt the wrath of the Panther defense. South Iron led 23-11 after the start of the second quarter.

The Panthers could not hold down Festus forever. The Tigers found their footing in the second, but could not cut into South Iron’s lead. Both sides scored 14 in the second quarter. Drenin Dinkins had the hot hand for South Iron. He had 18 points and the Panthers were up 12 at the half.

The Panthers could not extend their lead in the third quarter either. Festus continued to make adjustments and make things hard on South Iron. Dinkins was whistled for his third foul and picked up a technical in the quarter. He did not see the floor for the rest of the game. The Panthers’ lead was cut to single digits by the end of the third. They led 54-46 going into the final eight minutes.

South Iron got back on track in the fourth and blew up for their biggest quarter of the game. They outscored Festus 25-16 and secured a 79-62 victory.

Dinkins led the squad in scoring with 25 points. He shot 5-6 from beyond the arc and picked up four assists and four rebounds. Brock Wakefield was just behind with 23 points of his own. He also grabbed four rebounds and handed out five assists. Lucas Lunyou went 3-6 from three-point range, scored 16 points and had six assists. Jermarco Burse was the only other Panther in double-figures with ten points. The win bumped the Panthers’ record to 7-2.

“I think being able to knock down three-point shots was huge this game, ” Burse said. “Getting tips and deflections in the fourth quarter and finishing at the basket in the fourth quarter were also big factors. We did a better job in the second half with trying to bus up their offensive flow.”

South Iron jumped right into its matchup with the Farmington Knights the very next day. The Knights have had the Panthers’ number in the past. South Iron is 1-4 against Farmington in their last five matchups dating back to 2013.

The Panthers struggled early on in this game. The Knights outscored them 22-13 in the first. The Panthers have not entered the second quarter trailing very often this season.

“We had a tough first quarter, ” Wakefield said. “But we settled in after that.”

It did not take South Iron long to snap out of it. They exploded for 23 points in the second. They also locked up the Knights and only allowed them to score nine. The Panthers stole the momentum in the blink of an eye. They were ahead 36-31 at the half.

They kept their foot on the gas in the third quarter. South Iron added 26 more points to their total and held Farmington to 18. Wakefield stole the ball from Farmington at the top of the key and got a dunk at the other end in one of the more pivotal moments in the half. It led to a Farmington timeout. The Panthers extended their lead to 62-49 by the end of the quarter.

It was a more evenly matched fourth but it didn’t matter. The Knights could not overcome the lead. South Iron sealed a 79-63 win to advance to the championship game of the tournament. This was also their third win in a row.

“We had a lot of guys make some good decisions and we were able to find open shots and knock them down, ” Wakefield said after the win.

Wakefield and Lunyou led the team in scoring with 21 points each. Wakefield also had five rebounds and four steals. Lunyou had five steals as well. Dinkins poured in 18 points. He shot 7-11 from the free-throw line and grabbed a team-high 12 rebounds. DJ Prater had eight points and seven rebounds. Burse had seven points and four rebounds.

The Panthers’ two solid outings have them riding a wave of momentum into the championship game of the tournament. COVID and other outside circumstances have done their best to derail any continuity this tournament once promised. Regardless of the outcome, South Iron had to power through adversity to even appear in the championship. They play the host of the tournament, Park Hills Central, Thursday, Dec. 31 for all the marbles.