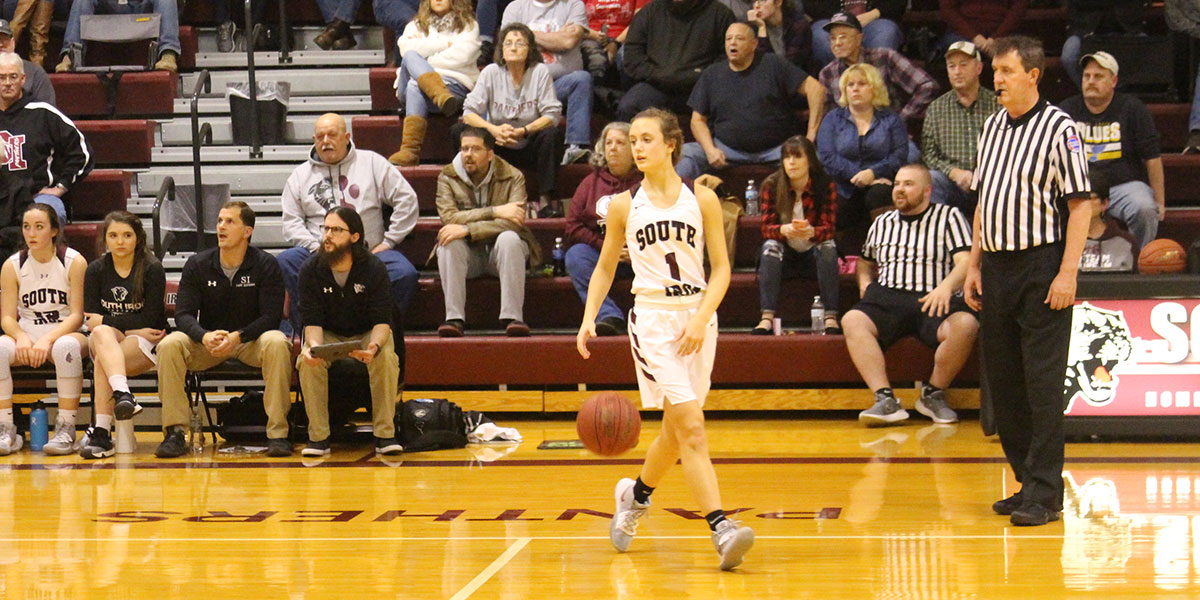 The South Iron Panthers were originally supposed to play Fredericktown on Monday but COVID-19 forced Fredericktown into quarantine. South Iron quickly got in touch with St. Vincent and ironed out the details for a game the same night.

The South Iron girls’ varsity team beat the St. Vincent Indians 54 to 26 on Monday night in a game they didn’t even know they’d be playing.

Originally, South Iron had a game scheduled against Fredericktown. That game had to be canceled because Fredericktown was forced to quarantine their team because of COVID-19. St. Vincent also had some difficulties arise in their schedule because of teams having to quarantine. South Iron got in contact with St. Vincent right away to see if a game on Monday was possible. They ironed out the details and made the game happen.

“We didn’t know we were even playing today until this morning.” Head coach Lawrence Graves said. “St. Vincent and ourselves had both lost a couple of games due to others having to quarantine and us playing each other just developed really quickly.”

It only makes sense that in 2020 high school games are scheduled the same day they are played. The spontaneous game may have caught the South Iron girls off guard, but they made the most of the opportunity. They started this game fast and outscored St. Vincent 15 to 4 in the first quarter. They kept the defensive pressure on and continued to put the ball in the basket throughout the first half. The Panthers outscored the Indians 18 to 2 in the second and gave them a 33 to 6 lead at halftime.

St. Vincent made some adjustments at half and was more effective offensively in the third. However, South Iron kept up. The Indians won the quarter but were unable to put a significant dent into the Panthers’ lead. South Iron outscored them 10 to 8 in the fourth and closed out the game. They secured a 54 to 26 win for their fourth victory of the season.

“I think it caught our team off guard a little bit.” Megan Lashley said. “But we worked hard together as a team to play to the best of our abilities and we’re thankful that we could pick up another win together.”

Madison Ayers led the team with 22 points. She went 4 for 6 from three-point land and had seven steals, five assists and five rebounds. She also led the team with 29 minutes played. Allecia Cornell had ten points, four rebounds and two steals. Enzley Dinkins had seven points, four assists, three rebounds and four steals. Anna Parker contributed seven points and Lashley had six. They shot 46 percent from beyond the arc and 42 percent overall.

This was the first time this year the Panthers had to directly deal with COVID-19 affecting their season. In 2020, we have been taught to expect the unexpected. This may not be the only time we see the Panthers have a surprise game pop up on their schedule. South Iron looks to pick up their fifth win of the season Thursday, Dec. 17 against Arcadia Valley.