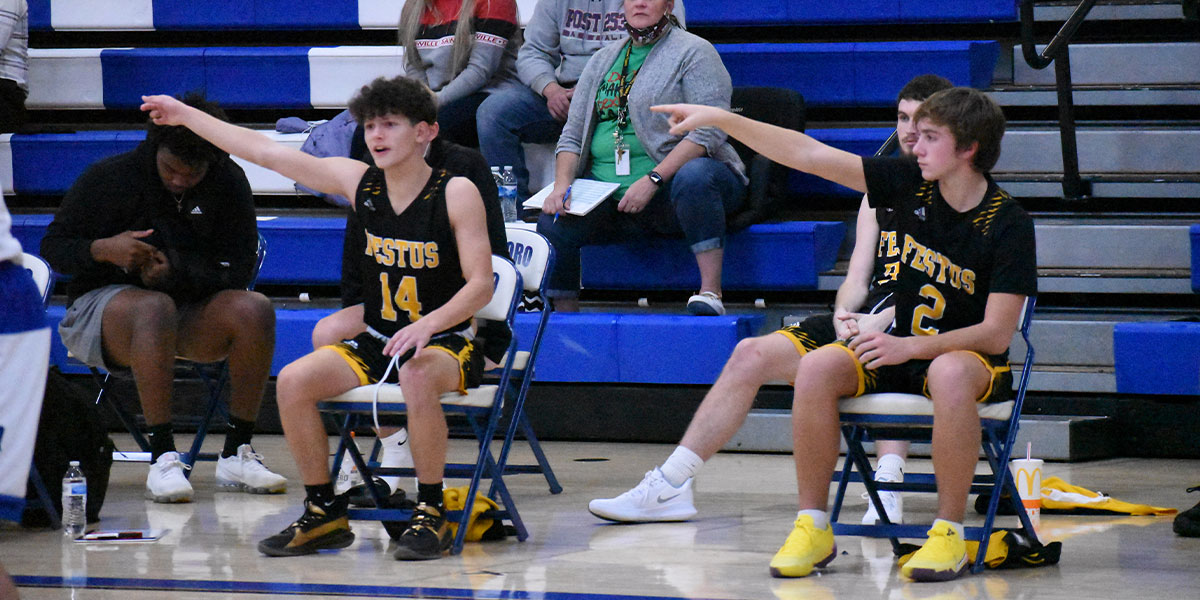 Connor Westhoff scored 31 points against the Windsor Owls to help the Festus Tigers to their fourth victory this season. They are 4 and 2 and have Perryvilled next on their schedule.

The Festus Tigers boys’ varsity squad came through with a hard-fought victory over the Windsor Owls 70 to 67. The Tigers had a convincing victory over Windsor just three days ago in the Annual Gene Steighorst tournament. Windsor came into Tuesday night seeking revenge.

This was a tightly contested fight that went all the way until the final buzzer. Connor Westhoff and Arhmad Branch provided Festus with an early offensive spark in the first quarter. Westhoff hit two three-pointers in the first which kicked off a big day for him. Despite the effort, the Owls held a 22 to 19 lead after one. Westhoff continued to put the ball in the basket in the second quarter. He hit three more shots from beyond the arc and scored 11 of his team’s 15 points in the quarter. Windsor did not back down and scored 15 points in the second as well. They held a 37 to 34 lead over the Tigers at halftime.

Festus came out firing in the second half. Cole Rickermann found a rhythm and scored six points in the third. Westhoff and Branch continued to contribute as well and Festus locked in defensively. They only allowed nine points to Windsor which was their worst quarter of the day. Festus held a 52 to 46 lead going into the final quarter. Windsor got back on track in the fourth quarter and scored 19 points. However, they could not recover from their third-quarter struggles. Festus scored 18 in the fourth and secured a 70 to 67 victory. Their second victory over Windsor this season put their record at 4 and 2.

“Offensively, we had guys step up and make big shots.” Collin Reando said. “Our offense was running well and we were able to get lots of open shots up for our shooters.”

Westhoff ended the night with 31 points to lead all scorers. Rickermann was second with ten points. Collin Weinhaus hit two shots from behind the arc. Reando scored six points as well.

“Defensively, we struggled at times, but we kept grinding and pulled through. “ Reando said. “We need to work on our zone more. We allowed too many open shots early on, but if we make a few small adjustments we will be fine.”

Head Coach Jason Therrell was pleased with his team’s performance despite the loss of a big contributor.

“We lost Desmond Davis to quarantine today so he will be out until the 23.” He said. “Kaian Roberts Day, JD McDowell and Collin Reando gave us good inside play to help overcome that.  Arhmad Branch got his first dunk and Cole Rickermann had a solid outing going 3 for 7 from the field for 10 points and playing great defense.”

Festus trailed by as much as 14 and still was able to fight and come out with the victory. The Tigers are 17 and 3 all-time against Windsor and half of their wins this season have come against the Owls. The last two outings for Festus have been strong and will help them build winning habits that they can apply to the rest of the season. The Tigers will try to make it three wins in a row Friday, Dec. 18 against Perryville.