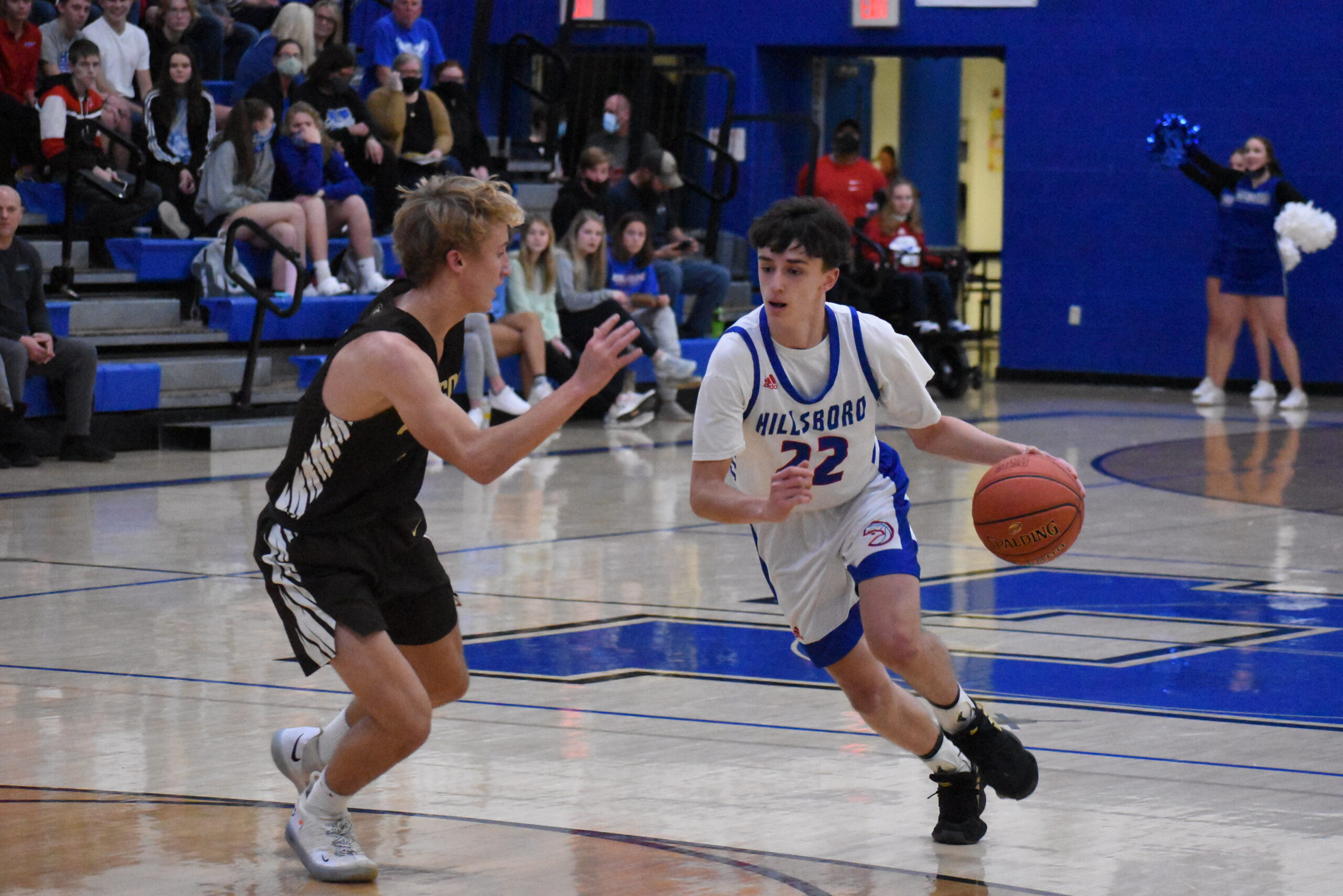 Hillsboro Basketball Can’t Hang with Windsor Down the Stretch, Fall 61-55

Hawks can’t hang with Windsor in the second round of the Steighorst Tournament. Hillsboro now plays for 7th place in their home tournament.

Despite a season-high 38-point performance from Noah Holland, the Hillsboro Hawks fell 61-55 against the Windsor Owls.

“Another tightly contested game where we battled hard all night,” said head coach Daniel Johnson. “We couldn’t get the stopes needed late in the game.”

It was a back-and-forth contest throughout the first half. The Hawks led 17-15 after a quarter of play but the Owls outscored Hillsboro 14-11 in the second to lead 29-28 at the break.

In the third, the Owls broke the game open with a 20-11 advantage to own a 48-40 lead. Despite, the Hawks outscoring Windsor 16-14, it was Windsor hanging on for the eight-point win.

“We were not organized on defense and offense,” said Kyle Phipps. “We need to improve on executing on offense and locking down on the defensive side together.”

The Hawks shot 41.2 percent from the floor and went 7-of-10 from the charity-stripe. However, the Owls controlled the glass with a 31-19 advantage.

Windsor was led by the duo of Logan Chaney and Sonny Amabile. Chaney went 11-of-13 and posted his first double-double on the season with 26 points and a game-high 12 rebounds. Amabile, meanwhile, shot 7-of-14 for 22 points, including going 4-of-7 from downtown.

Hillsboro (1-4) looks to halt its four-game slide on Saturday against Northwest (0-0).

Hillsboro Basketball Can’t Hang with Windsor Down the Stretch, Fall 61-55