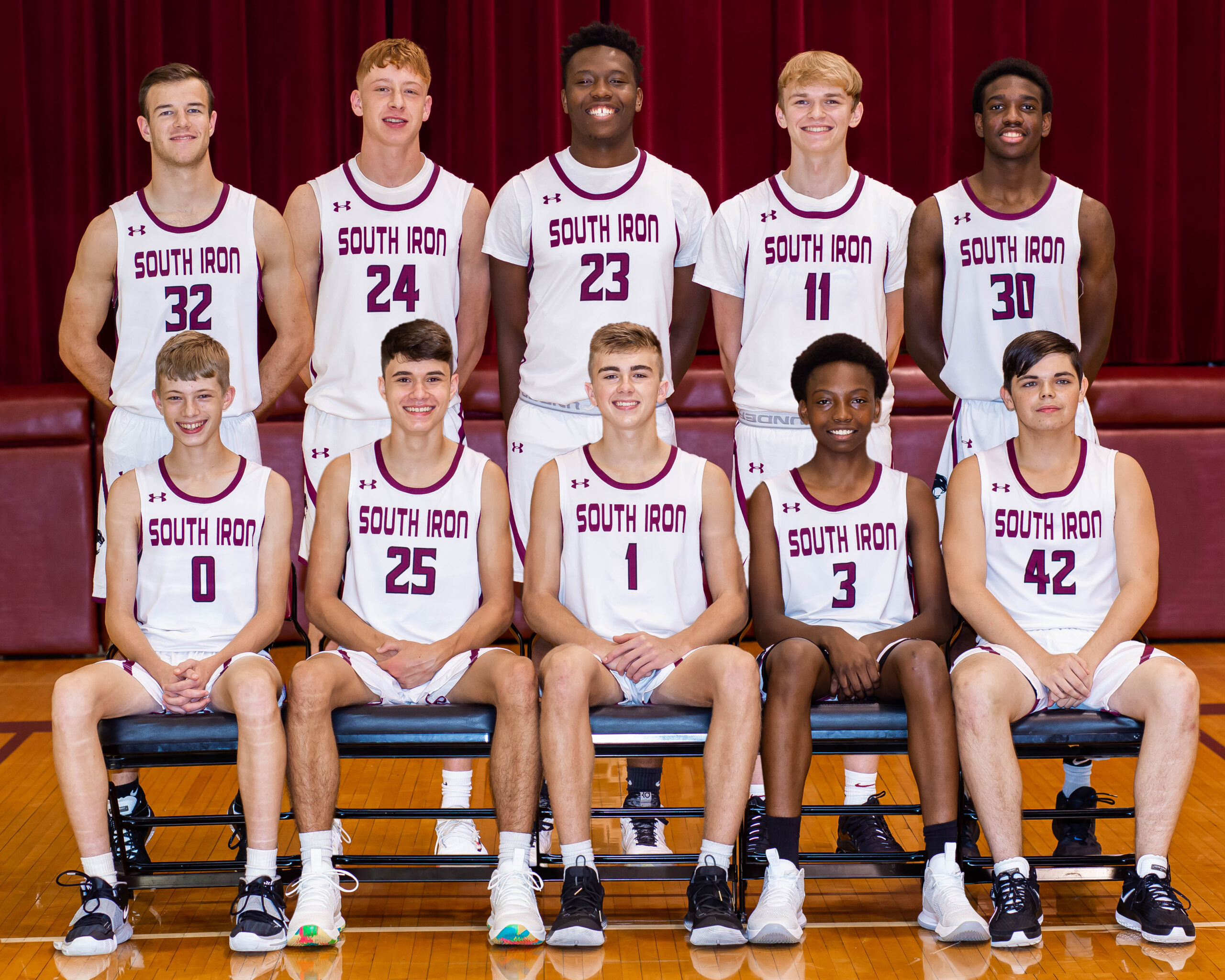 South Iron Boys basketball is coming off of a 29-1 season. They are as loaded as ever and returning a couple of 20 point per game scorers and Dream Team members.

Summer is over. The leaves have fallen to the ground and changed color. The cold has begun to take over. In Annapolis, Missouri, this means South Iron basketball is right around the corner.

The Panther Varsity boys have become accustomed to winning over the years. The head of the pack is head coach Dusty Dinkins. He has an all-time record of 378-97 over his 18 years at South Iron. The Panthers don’t add tallies to the loss column very often. Last season they finished with a record of 29-1. Those 29 wins came with plenty of accolades. They were the AV Thanksgiving Tournament champs, the Park Hills Christmas Tournament champs, the Black River League Conference regular season and tournament champs, and were also crowned district champions. That’s a lot of hardware for one program.

The 2020 season looks bright as well, as the Panthers only lost two players, Jacob Howell and Blake Crayton, to graduation.

“Both of these young men were very important to our success!” Dinkins said. “They came to practice every day with the focus to compete and improve themselves and their team.”

While the loss hurts, South Iron returns a bulk of its contributors. Four Seniors will spearhead the Panthers’ attack this season. Those Seniors are Brock Wakefield, Jermarco Burse, Luke Lunyou and Jacob Leverett.

Wakefield and Lunyou both started for the Panthers last season. Wakefield’s resume is a loaded one. He has been named to the all-conference team and won the Conference Player of the Year three times. He has also been All-District, All-State and a member of the Missouri Dream Team three times each. Not to mention Dream Team player of the year. He averaged 20.6 points 6.8 rebounds, 3.8 assists and 3.9 steals per game last season. He is also coming off of a stellar baseball season, and has committed to The Citadel to play both basketball and baseball at the Division One level.

“Every day we can count on Brock to be one of the hardest working players and most outstanding teammates that we have,” Dinkins said. “He continues to improve his skill sets, physical attributes and mental understanding of the game.”

Lunyou started at guard last season for the Panthers and has a deadly three-point stroke. He went 36-85 from beyond the arc last year ,which was good for 42 percent efficiency. He provided a spark with his energy and presence, and Dinkins expects him to improve even more this season.

Burse is coming off of a tough year. He missed almost all of the season last year due to a knee injury that required surgery. He is expected back at 100 percent and primed for a comeback.

“Jermarco will provide us with strength, size, athleticism and a good skill set,” Dinkins said. “We believe his impact on both ends of the floor will be of great value to our team’s success.”

Drenin Dinkins is the team’s leading scorer and has been named to the Dream Team, All-Conference and All-District two times. He has also been All-State once in his impressive career. He averaged 21.8 points and 6.3 rebounds per game last season. Prater has an All-Conference and an All-District honor of his own after averaging 11.2 points and 6.8 rebounds per game last year.

Dusty Dinkins expects the Juniors to be heavy contributors and the three Sophomores to be the team’s key reserves off the bench. He speaks very highly of his squad, and rightfully so.

“We are expecting this year’s team to bring an exciting brand of basketball each night out,” he said. “We have a team full of players that have worked extremely hard on their skill sets as well as how to play the game at a high level. As with any team, if we embrace challenges and adversity and work through it together and for each other, we will have an excellent season.”

It’s hard to shoot for a higher success margin than South Iron has already established. You can guarantee the Panthers will be satisfied with nothing short of excellence. Their season tips off Nov. 23 in the Thanksgiving tournament at Arcadia Valley.