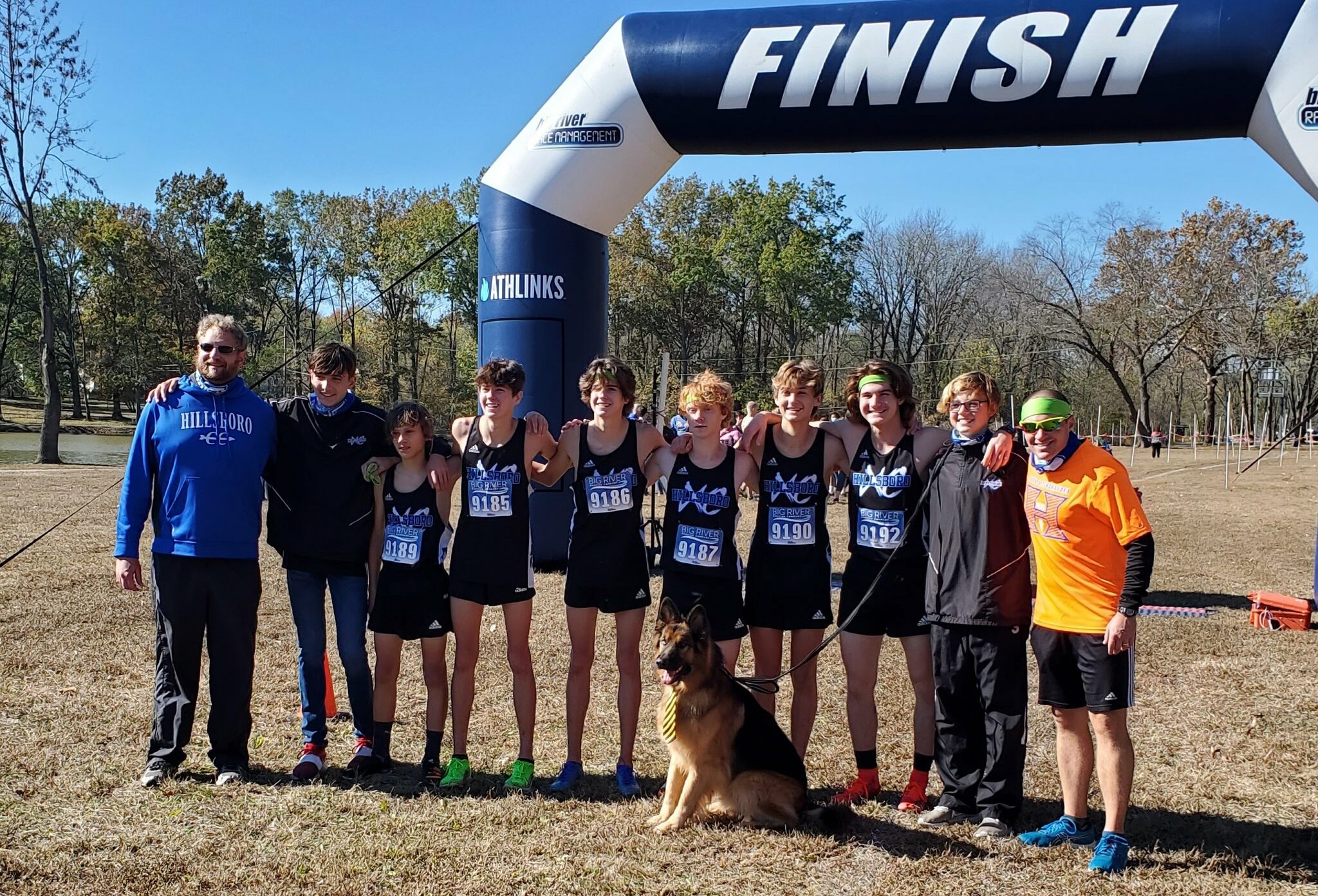 The Hillsboro Hawks send their entire boy’s team to the Class Four State Finals after claiming second place in the district meet. Abby Couch will join them, qualifying as an individual runner.

The Class Four District One Cross Country meet took place Saturday, and the Hillsboro Hawks had their eyes set on qualifying for the state meet. The Hawks put on an impressive performance, with the boys team finishing second and qualifying, while the girls missed out finishing fifth, but had Abby Couch qualify as an individual.

It took a significant effort from everyone involved, but the Hillsboro boys Cross Country team took home second place, and a ticket to the Class Four state meet this Friday. The Hawks ended with 78 points, just edging out third place Farmington, which finished with 88 points. Festus High School won the entire meet with 28 points, with its runners claiming the top four finishing spots.

Josh Allison talked after the meet about how proud he was of his team’s performance.

“I believe the team had it in them the whole season,” Josh Allison said. “We wanted this more than anything and weren’t going to let this opportunity go to waste.”

The final two finishers for the Hawks were Sophomore Jude Short and Freshman Samuel Wahl. Short came across the line 36th with a time of 18:57.00 and Wahl finished 53rd with a time of 20:01.6.

On the girl’s side, the Hawks couldn’t quite qualify as a team, ending with 110 points. Farmington and Festus took the top two spots respectively to qualify for the state final meet.

While the result wasn’t what the Hawks were hoping for, Senior Couch qualified as an individual runner. Couch finished 14th out of 61 runners with a time of 20:27.2, the best result for the Hawks in the girls division.

While Couch was the lone girl to advance to the state finals for Hillsboro, many runners still had good performances. Briana Langrehr and Michelle Jones both ended up in the top 20, with Langrehr finishing 17th with a 20:40.2 and Jones finishing 18th with a 20:41.4.

The Hawks’ boys team and Couch will compete in the Class Four State Finals this Friday at the Gans Creek Cross Country Course in Columbia.