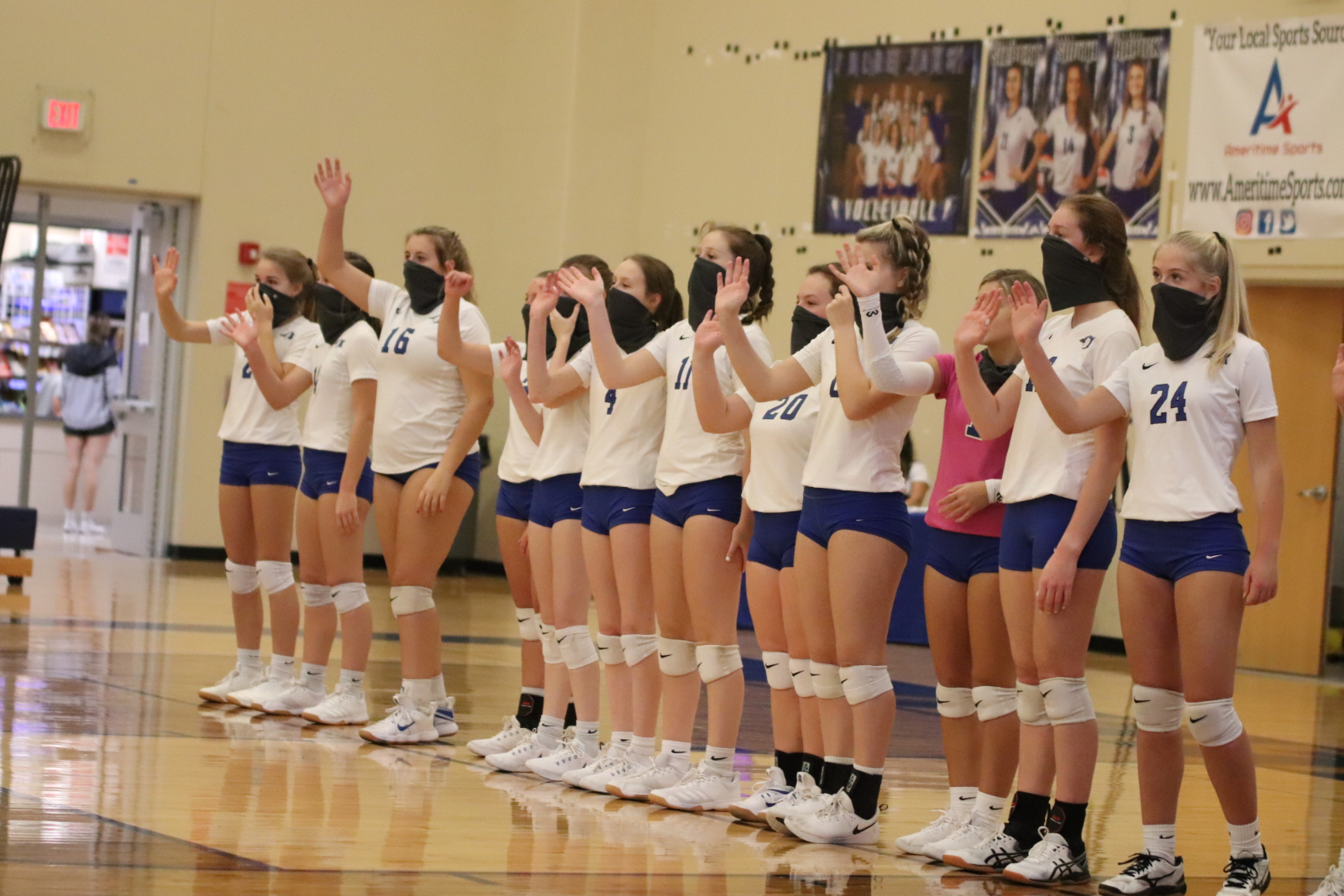 The JV Jays take down Saxony Lutheran in straight sets.

On the year, the JV Blue Jays have been incredibly impressive with a 12-4 record, highlighted by the fact that they have not lost back to back games all season. This match in particular was an uphill battle from the get-go, as starters Caycee Schwartz and Riley Duvall are out for the remainder of the season, but the JV Jays persevered.

The Blue Jays came out strong in the first set and secured a highly competitive 25-21 victory. Jefferson then came out with more of the same in set number two to close out the match victory with an identical score of 25-21.

Coach Steve Horn was beaming after the win saying, “I was very proud of tonight’s effort.  We have faced a lot of challenges over the past couple of weeks and players continue to step up when needed.  This team has shown they are resilient and our depth continues to be a huge asset”.

Beth Dalton was stellar on defense, contributing seven digs and 15 service receptions. Dalton loved her team’s effort saying, “We had to regroup as a team and since two of our valuable players are out. We really had to pull it together to achieve our end goal, which was the win”.

Katie Wondell was one of the top kill getters with five, while Malayne Lednick had five of her own for the Blue Jays. Avery Richardson registered a team-high 13 assists and four kills, while Bell Price was also stellar in setting up her teammates with seven assists.