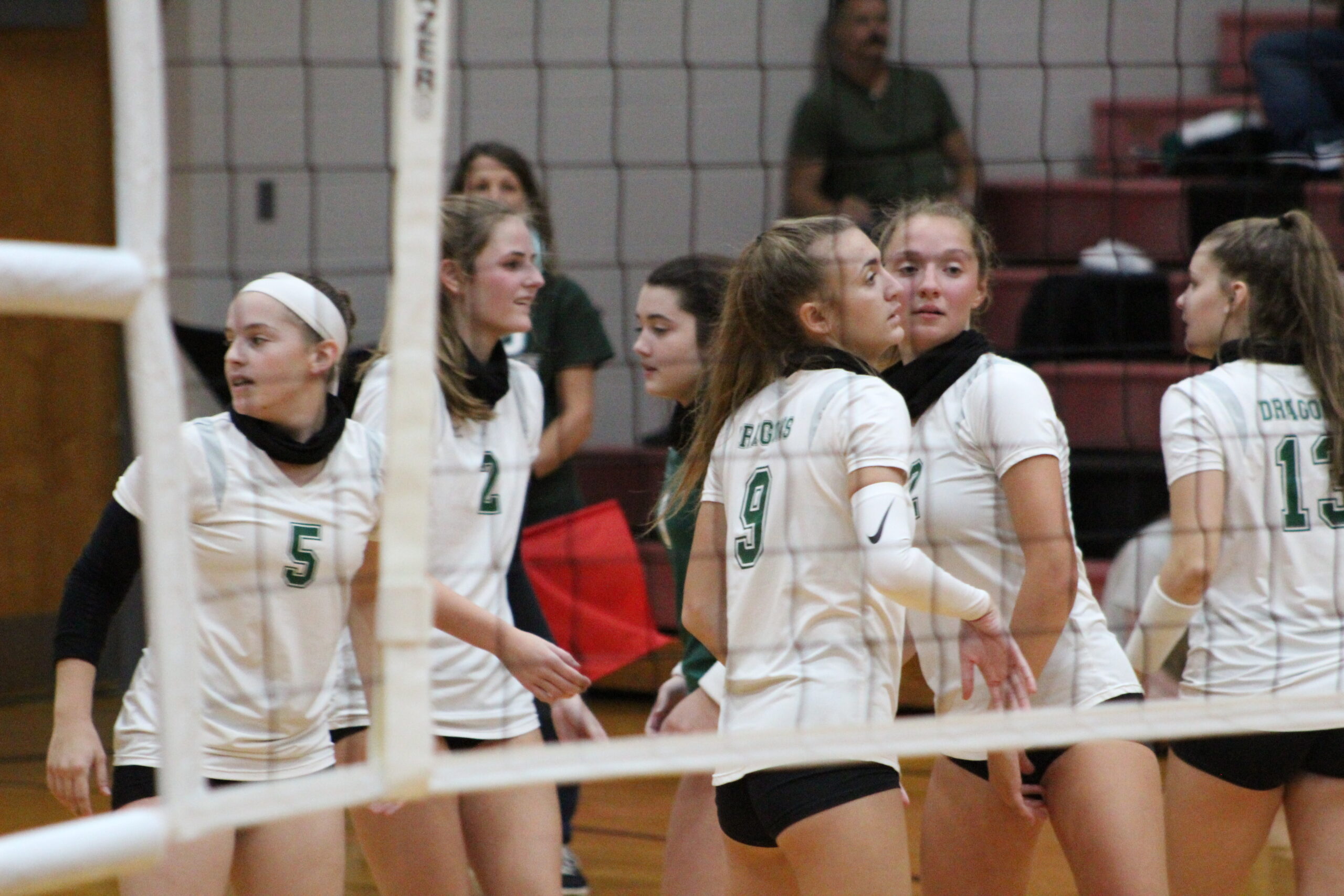 The Ste. Genevieve Dragons take on Jackson in a best of 5 match as their volleyball season winds to an end.

The Ste. Genevieve girls volleyball team took to the court to face off against Jackson High School. Unfortunately for the Dragons, the night would not be a prosperous one as the girls lost in a competitive four-set match.

Despite the loss, Coach Carla Basler had incredibly positive things to say about her Senior leader Kreitler. “Brittney does a good job of mixing the ball around which makes it more difficult for other teams to know who to block…she also hustles well and gets her hands on several balls that seem like an impossible set but somehow manages to make something out of it for our hitters to swing on. Brittney does many things well that coaches want to have in a setter”.

Next up the Dragons will take part in the MAAA Conference Tournament as the season winds down and Districts take place.