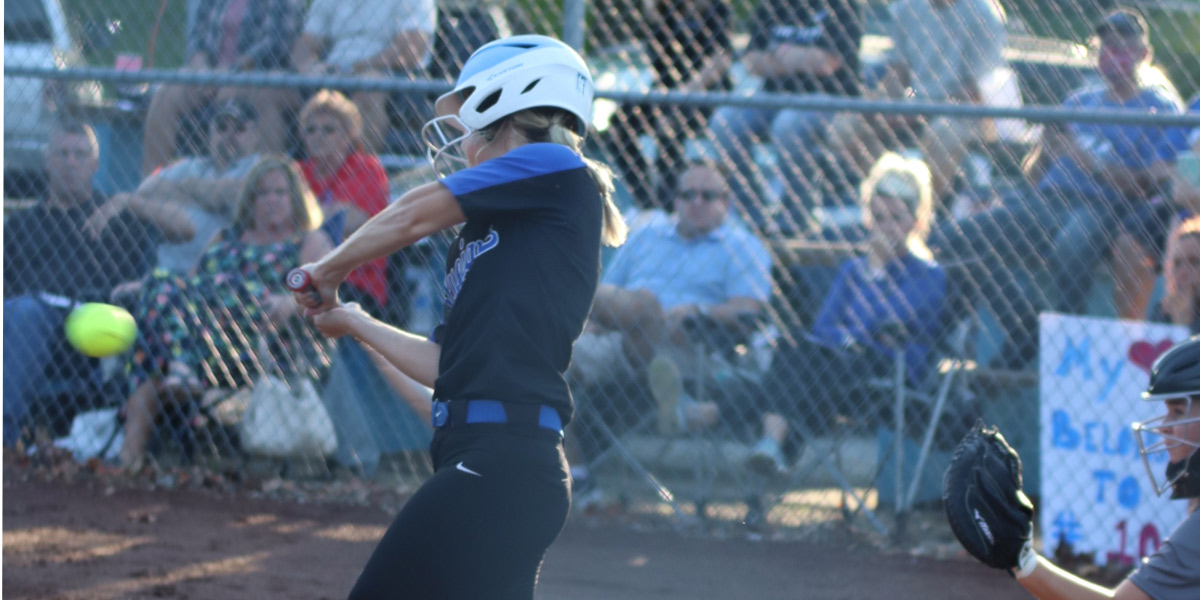 It started out as a promising season for the Jefferson Blue Jays, who began on a hot streak winning five of their first six games. However, what immediately followed was an eight game losing streak that would keep the Blue Jays under .500 for the remainder of the season. Head Coach Robert Kuehnle commented, “These players had to deal with a lot of adversity and the fact they could battle through districts and make it as far as they did is an outstanding feat. They had to deal with injuries, quarantines, and all other types of setbacks, but they always fought hard and never gave up.”

Certainly though, there were some bright spots during the season. The team’s first game was an amazing show of offense with a 17-1 victory over Fredericktown. The next game was another high scoring affair with a 13-1 win against Herculaneum. In fact, Jefferson’s offense was on fire for the first six games, outscoring their opponents 59-18. That streak included a 12-3 win over Chaffee, another win over Herculaneum 9-4 and an 8-4 victory over St. Clair.

The win against St. Clair on September 14th would be their last win in that month, not picking up another until October 1, when once again the bats were sizzling with a 17-12 win against Fredericktown. Jefferson would end the regular season with a 6-13 record.

District play, however, is all that matters. When the Blue Jays found out their first opponent would be Louisiana, the team came together to rally. Jefferson’s bats came to life as they walloped their opponents 11-3 to advance in the tournament.

The very next day came the dangerous St. Pius, who had shut out the Blue Jays 3-0 in regular season play. However, Jefferson would not be shut out this time. In a heart-pounding thrill ride, the Blue Jays narrowly defeated St. Pius by a score of 4-3 to move on to the district finals.

Unfortunately, on Friday October 16, the Blue Jays would lose that final game to Elsberry in a hard fought contest, by a score of 12-8. This gave the team an 8-14 record, but second place in the District. Catryn Cattoor, the power hitting catcher, said, “I will never forget this season. I would do anything to play another game with this team, but finishing with a win in the district semi-final was really everything I could have asked for. That game was unlike any game I’ve ever played, and the looks on my teammates’ faces when Megan Payne threw that last pitch were more than worth the years of work that went into it.”

Cami Menke also turned in a terrific season offensively. She ended the year with a 1.286 OPS, a .758 SLG, OBP of .528 and a .468 AVG. She also had 29 Hits, 30 RBIs and five HRs. Menke commented on her season, “The biggest highlight would have to be beating St. Pius in the playoff game to send us to the championship game. What I will remember most is mine and Cattoor’s homerun contest. She ended with seven and I ended with five. We were neck and neck all season long until she hit two in one game.”

In the field, Cattoor was spectacular turning in a near perfect .992 FPCT. Defensively, Menke was right behind her at .948 FPCT. Brunke was also solid with a .921 FPCT and Paige Wagner shined too with .909 FPCT.

On the mound, Megan Payne was the workhorse pitching 62.2 innings, coming up with 64 strikeouts. All together she had a 4.245 ERA and a 1.931 WHIP. Payne said, “I’ll always remember throwing up water in the trash can because I choked on it. This season I really enjoyed beating St. Pius, and just being with my friends and my favorite catcher in the world Catryn Cattor.”

Next in pitching was Menke who threw 40.2 innings with 19 strikeouts. Figliolo was after, throwing 25.1 innings and striking out 32 batters.

Kuehnle remembered some of his favorite moments, “Menke and Cattoor going back to back at Fredericktown was awesome. Wagner catching a ball against Louisiana that she ran 40-yards for was amazing. Senior night would be a top memory as well. The seniors built an amazing foundation for this program and I can’t thank them enough.” He went on to say, “Just no matter what the season throws at you there is always a way to get it done at the end of the season.”