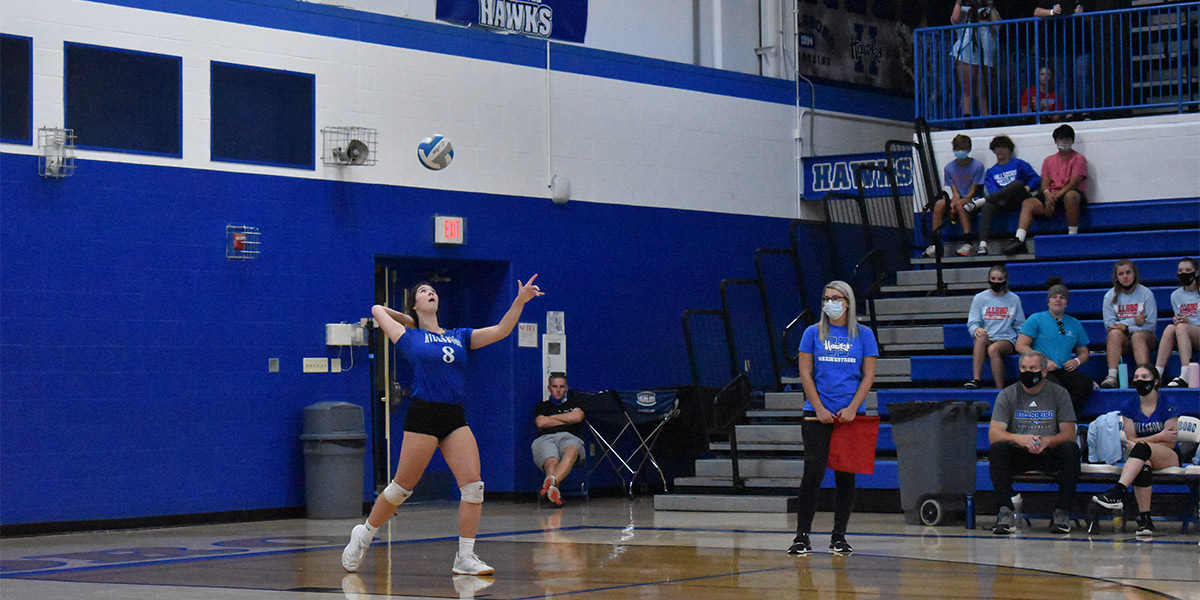 Jefferson R-7 slides by the Hillsboro Hawks in five sets on Monday.

The Hillsboro Hawks lost in five sets to Jefferson R-7 on Monday.

It was a fight that went 12 rounds, so to speak, but unfortunately, Hillsboro could not finish off R-7.

The Hawks came out strong and took the first set 25-20 to take an early lead. The second and third sets were each a battle. Jefferson took the second set 26-24, while the Hawks answered in the third and won it 27-25.

Jefferson won the fourth set 25-19 to force a game-deciding fifth set. Hillsboro then let the set slip away and lost 16-14.

Lack of communication seemed to be the theme of the night for Hillsboro.

Wright was not the only one to feel this way.

“We could have had better communication as well as energy,” Bella Lewis said.

Mackenzie Baker led the team in kills with 19, Sophia Marchetti followed just behind with 15 and Baker also chipped in two solo blocks. She was tied for the team lead with Chastity Lucas, but the offense ran through Evelyn Roland and her 31 assists. Behind Roland was Lewis with 21, as Bella Uzzle led the team in aces with two.

“It’s hard to say things that we did good whenever you come out of a loss,” Coach Erin Boss said. “We fought back from time to time and I feel like they didn’t give up but the outcome still wasn’t in our favor.”

The loss was only Hillsboro’s fourth of the year against their impressive total of 13 wins. Next the Hawks will take on Windsor on Tuesday, Oct. 14.