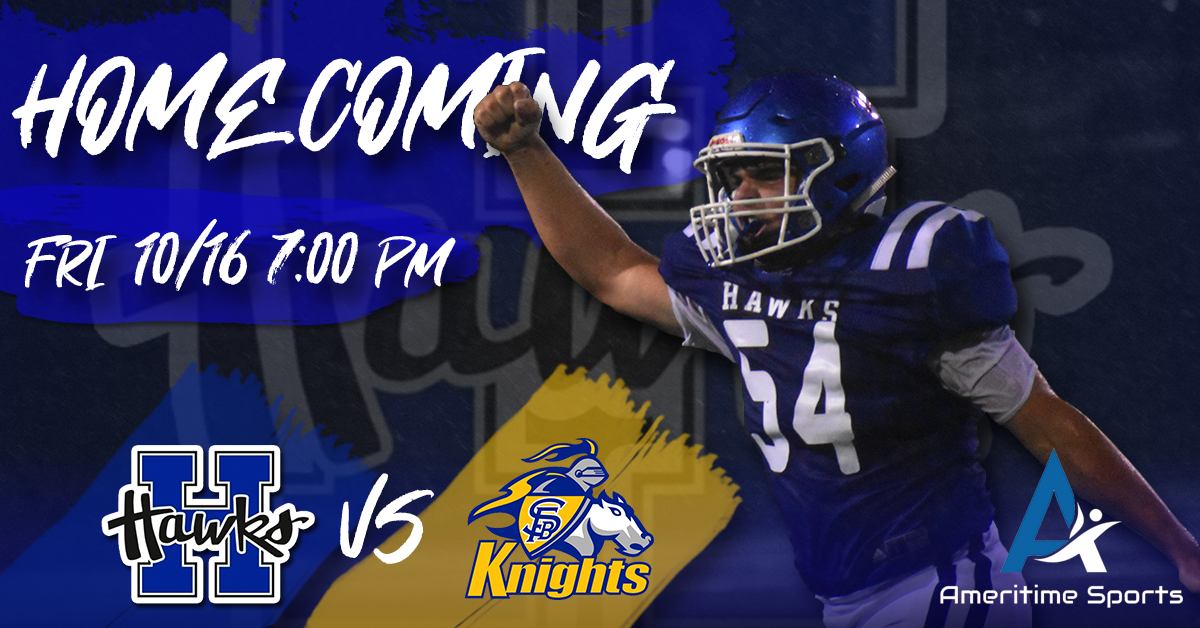 The Hawks’ winning streak comes to an end after a tough loss.

It wasn’t the result the Hillsboro Hawks were after on Friday as the Varsity football team lost their home non-conference game against the St. Francis Borgia Knights. The 35-8 loss snapped a two-game win streak.

Many injuries forced the team into a tough position. Head Coach Bill Sucharski commented, “We currently have quite a few starters out with injuries which has forced us to play some younger kids. Our kids played hard and our young kids ran hard. We just turned the ball over 3 times.”

St. Francis scored early and often in the game, putting up five unanswered touchdowns. In the first quarter, St. Francis used the run game to score two touchdowns, and with the successful kicks, ended the first twelve minutes up 14-0.

In the second quarter, the Knights again used the run to attack, scoring a touchdown but missing the kick, making the score 20-0. An untimely Hillsboro fumble then led to a scoop-and-score for St. Francis. This time, the two-point conversion was good. “On one play we gained about ten-yards and they ripped the ball out of our backs hands and returned for a touchdown,” mentioned Sucharski. The score was 28-0 after the first half.

In the third St. Francis again put up the only points, with another touchdown and successful point after, which gave them a 35-0 lead after three quarters.

The Hawks finally got on the board in the fourth quarter with a four-yard touchdown run by quarterback Griffin Ray. Adding the two-point conversion was Payton Brown, who made the final score 35-8. According to Ray, “We had three of our best scorers out and we put the ball on the ground too much. We have a lot to work to do and a lot to prove, but we are ready.”

The three fumbles lost by the Hawks really hurt any scoring chances. Hillsboro’s offense was sparse, only putting up 151 yards in total from 39 plays. Ray threw for two completions, both to Tyson White, totaling 20-yards.

On the rushing side, Brown was the lead carrier managing 46-yards on six runs. Gavin Alexander and John Bennett each had five carries for 19 and 17 yards respectively. Harrison Voyles also had six runs for nine yards.

T. White noted, “Our offense as a whole didn’t play as fast as we usually play, our backfield was injury plagued this week but I think Harrison and Gavin both stepped up to the occasion and played with 100% effort every time.”

Defensively, the Hawks lead tackler was Zach McNees who had 8.5 tackles (seven solos). Mason White and Voyles each also had five solo tackles.

The Hawks will look to regroup this week as they prepare for their last regular season game against Poplar Bluff at home on Friday 10/23.