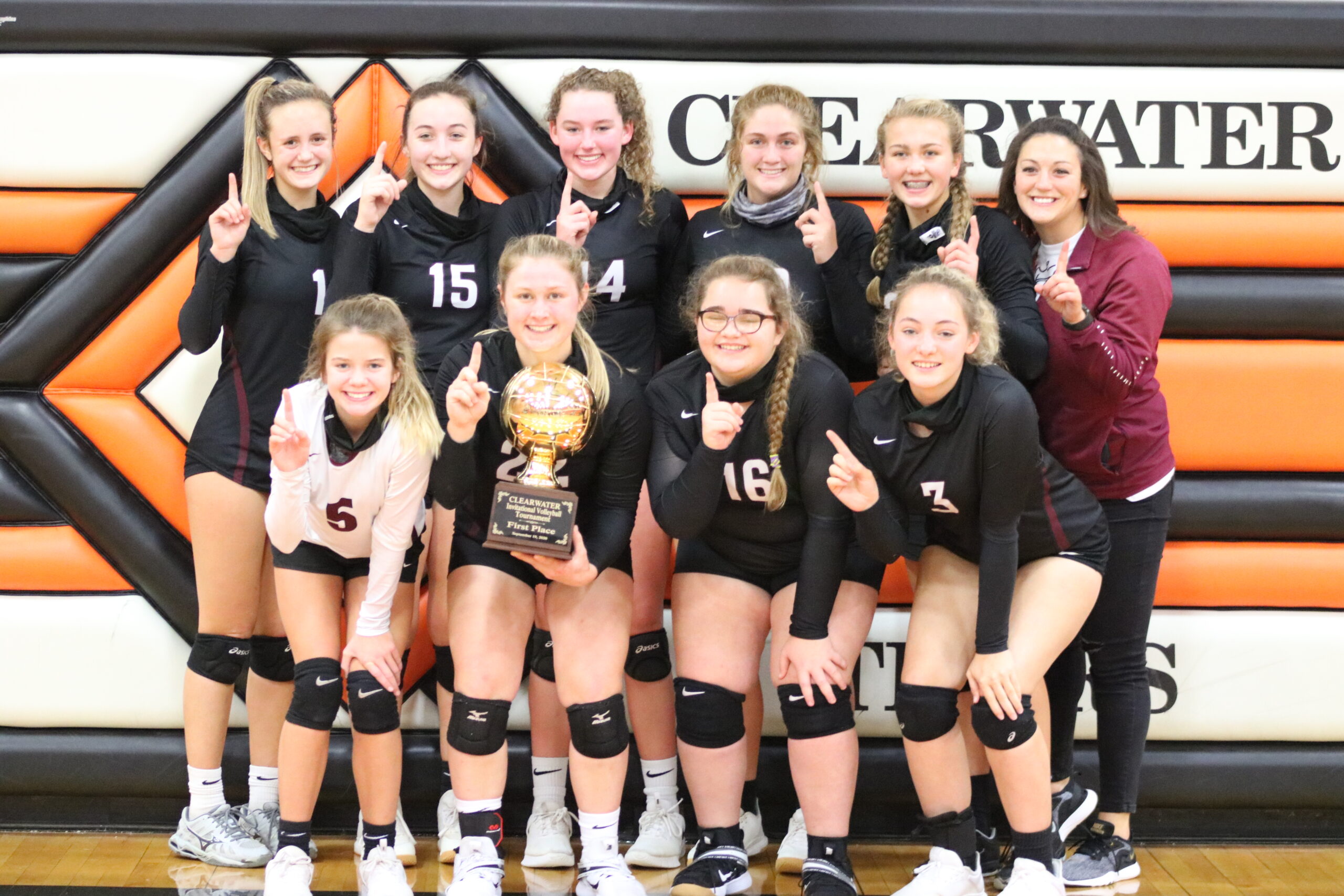 The South Iron Panthers girls volleyball accomplished a feat only one other team in their history has ever accomplished.

The South Iron Panthers girls volleyball team accomplished a feat only one other team in their history has ever achieved by winning the Clearwater Invitational. The Panthers were looking to improve their 8-6-2 record on the year, but they did much more than that. They became the only other Panther team to actually win the Clearwater tournament since the legendary 1995 squad. A success story 25 years in the making unfolded.

First up, the Panthers would face Ellington in their pool play segment. Coach Adriann D’Amico and her team were quite familiar with Ellington at this point stating, “We have seen (Ellington) two times before this match…we knew what to expect out of them such as their go-to hitters and their weaker areas”. This knowledge did not translate to a successful first set for the Panthers as they lost 25-19.

Fortunately, the Panther girls came back strong and refocused for the second set to win 25-14 in a split set game. Drew Gayle was all over the court amassing four kills, six assists, two solo blocks and a team-leading eight digs. Enzley Dinkins also notched six assists to go along with her four kills while Alyssa Bennett was a serving aficionado grabbing three aces. Coach D’Amico was pleased with the performance despite a tough first set. “During the second set we really worked to improve in our passing and communication. The girls did a good job of shaking off the first set and not allowing it to affect their efforts”. 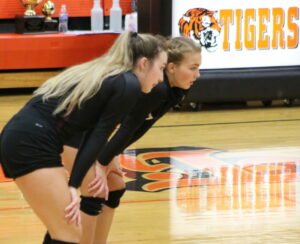 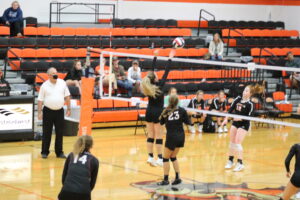 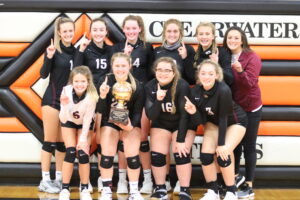 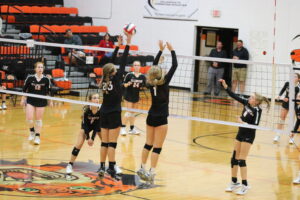 The Panthers would play Greenville in their final game of pool play before hitting the knockout stages. Coach D’Amico thought that her girls were by this point “in a better rhythm and had settled into playing our game”. South Iron would complete a two-set sweep of Greenville by scores of 25-18 and 25-11. Dinkins continued to assist her teammates well, grabbing a team-high 10 for the match. Madison Ayers was impeccable defensively gathering seven kills, one solo block and nine digs. Megan Lashley served up three aces while Bennett hit two of her own.

D’Amico once again lauded her team’s performance as they were finding their groove going into the win-or-go-home stage of the tournament. “Everyone on our frontline was attacking and defensively we had several people digging balls. The girls were able to play smart ball, minimize our errors and this group is continuing to grow”.

Next up, the Panthers would face off against host Clearwater after securing a bye in the first round. Coach D’Amico said that Clearwater is “a scrappy team and they have a big hitter out of the middle”, and that the Panthers strategy was to “shut down their hitting with touches on blocks and defensively with digs”. This strategy worked to perfection as the Panthers swept up Clearwater in a two-set victory by scores of 25-12 and 25-17.

Gayle and Lashley were particularly impressive during the match with Gayle supplying 11 assists, two aces and six kills. Lashley contributed 10 digs, six kills and three aces. Coach D’Amico loved her team’s total effort saying, “This team is continuing to do a great job of everyone stepping up not only in their roles but in other roles to take care of balls. We had almost every teammate record an assist during this match and everyone recorded digs”.

With this win, the Panthers would once again face off against Ellington to see who would be crowned champions of the Clearwater Invitational. Coach D’Amico felt her team was pumped up for the final and everyone did their jobs to a tee. “The team did an excellent job of covering each other up, pursuing balls and attacking balls even out of the system. The energy our team had on the floor and bench was key to our success. Each player was invested in the game”.

This showed through in a big way as the Panthers won the game and the tournament tidily in two sets, with scores of 25-18 and 25-19. This charge included standout performances from many of the team’s players. Ayers lead the team with 11 kills, while Dinkins came through with a team-high 11 assists to go along with a solo block and an ace. Hailey Pauley came through with an extraordinary 17 digs, and Gayle stuffed the stat sheet with eight kills, 13 assists and 13 digs of her own.

According to Coach D’Amico, “It was a great team win for us. I’m very proud of their perseverance and determination during this tournament”. Dinkins was also particularly proud of her team’s tournament victory by stating, “Our last stood out to me because we had a long day but we still came out to our best and we accomplished that!” 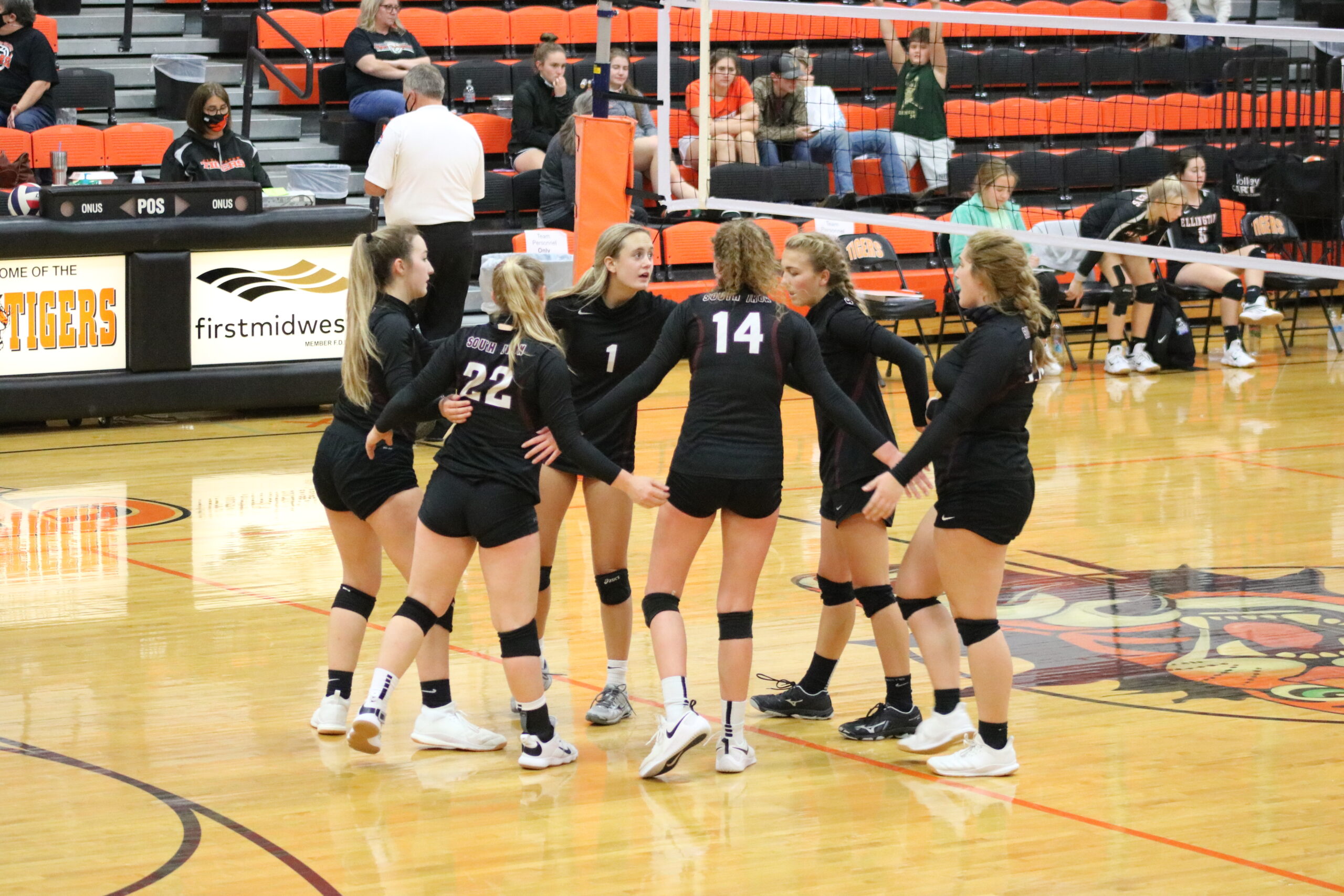