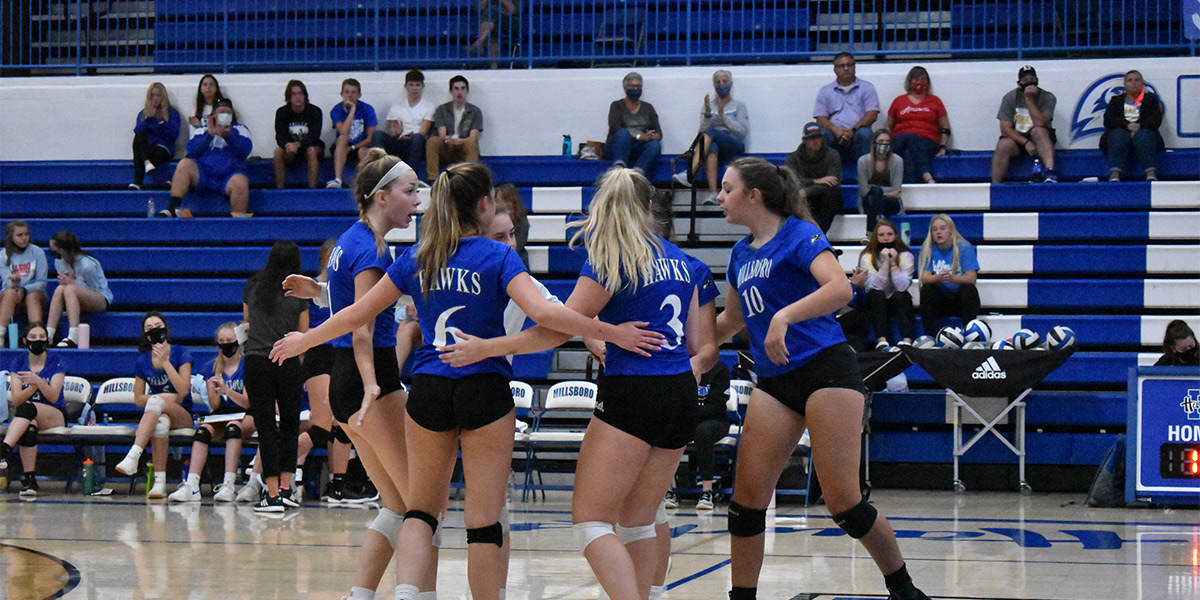 Hawks take the first two sets easily, but fight hard for the third

It was another clean sheet for the Hillsboro Hawks Varsity volleyball team on 10/6 against the Jackson Vikings. Hillsboro swept the match winning three sets in a row. The Hawks handled the first sets on scores of 25-22 and 25-16, but needed to take an extra tally to win the third with a score of 26-24.

Head Coach Erin Boss was very pleased with her team’s performance. “The girls all played well and we didn’t make many silly mistakes. I like to focus on our game and doing what we know we are good at. When we start picking apart the other team too much we tend to lose our main focus which is playing our speed and forcing the opponent to make the mistakes,” said Boss.

Offensively, Mackenzie Baker led the way with 13 kills, followed by Evelyn Roland who had nine. Roland topped her team in assists with 18, while Bella Lewis had 17. Roland said of her team’s performance, “That win was huge for our team! I think that just shows how hard we can work the rest of the season.”

Defensively, Baker, Roland, and Chastity Lucas each had one solo block. Sophia Marchetti contributed big on defense with 19 digs, while Bella Uzzle had 15. Baker also added nine digs on the night.

Boss added, “To keep the winning mindset we keep our focus on day to day and game to game while still having the “big picture” in the back of our minds.” Hillsboro will look to keep the winning streak alive against Perryville, on 10/8.